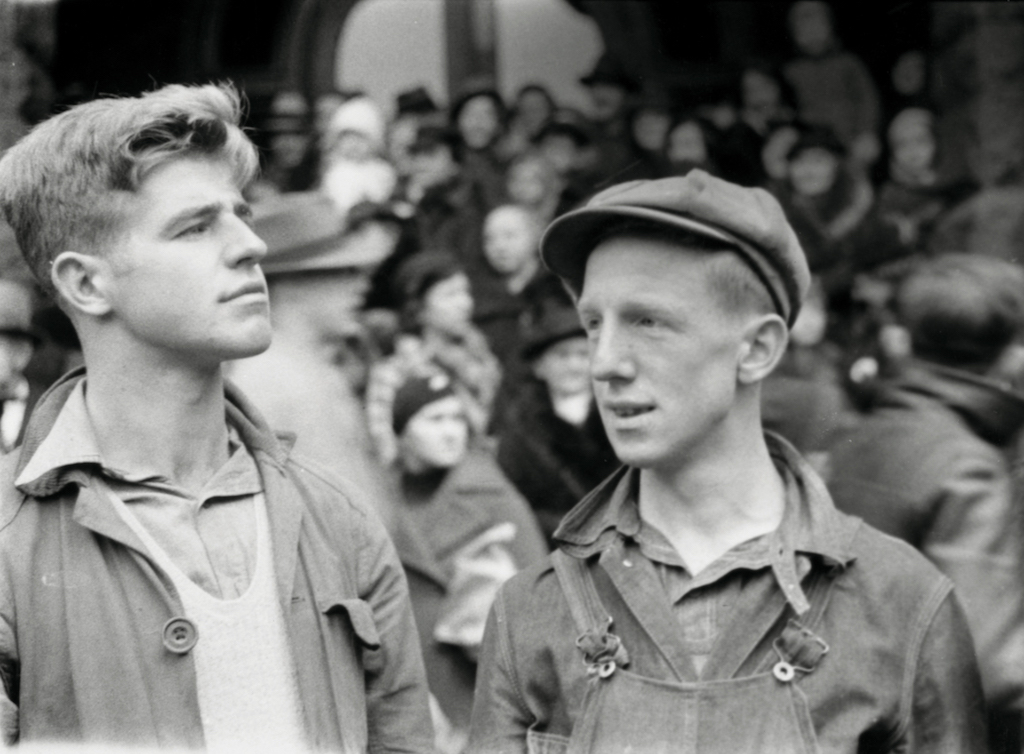 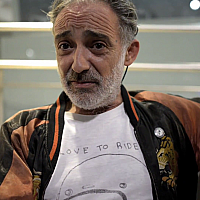 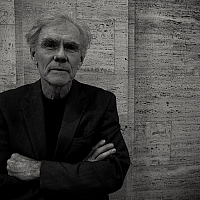 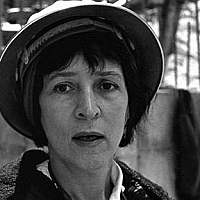 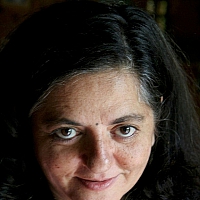 Nine years ago Fundación MAPFRE launched its collection of photography, an initiative that now coexists with its already well-established drawings collection. The result has been to complement our exhibition programme and contribute to institutional collecting in a way that we considered both necessary and enriching within the context of the Spanish cultural scene, characterised by few photography collections. The collection and its associated exhibition programme are closely related in terms of content with the aim of creating an extensive project that brings the artistic medium of photography closer to society at large.

The collection is focused on 20th-century artistic photography, particularly from the second half of the century. It extends to the present day and one of its principal reference points is documentary photography. As such it is a new collection that presents the work of artists whose talents and creativity have contributed to writing the history of the medium (Paul Strand, Lisette Model, Walker Evans and Robert Frank), as well as artists working today who are considered contemporary classics (Graciela Iturbide, Lee Friedlander and Nicholas Nixon), and others with more recent careers who have achieved international renown for the maturity and uniqueness of their images, such as Fazal Sheikh, Dayanita Singh, Richard Learoyd, and Bleda and Rosa.

The first acquisition, made for the collection in 2007, was the complete series of The Brown Sisters by Nicholas Nixon. This was an excellent start which to some degree defined the collection’s principal line of action: assembling a coherent series or group of works that assist in a better understanding of the output of each artist represented. Despite the difficulties involved in achieving this aim in the present day due to the lack of vintage material on the market by certain artists, the collection now possesses important holdings of works by photographers such as Graciela Iturbide and Paul Strand which easily number more than 100 images; while in other cases a complete series or various photographs from different series enrich our vision of a particular photographer.

Acquisitions are complemented by commissions from artists who take part in our exhibition programme and are invited to work in Spain, among them Emmet Gowin, Vanessa Winship and Jitka Hanzlová, after which their works enter the collection.

For the present exhibition we have selected a theme inherent to photography since its outset: the portrait. Adopting a notably broad vision of the genre that is not limited to the most recognisable type, namely the formal, pre-established studio portrait, the exhibition also includes the fleeting street portraits of subjects unaware of the camera taken by Helen Levitt and Joan Colom; urban portraits by Diane Arbus and Alberto García-Alix; studio portraits by Jitka Hanzlová and Anna Malagrida; portraits that give visibility to an entire community, such as those by Paul Strand; the powerful, socially committed portraits of Fazal Sheikh and Cristina García Rodero; intimate family images by Emmet Gowin and Harry Callahan; and the ironic self-portraits of Lee Friedlander and Graciela Iturbide which reflect their particular obsessions.

THE STRUCTURE OF THE EXHIBITION

The exhibition is organised into three sections: “Cities”, “Communities” and “Artists and models”. They are not intended to offer a historical or encyclopaedic approach and the exhibition rather moves around in time and space in order to acknowledge influences and point to significant parallels between artists. The selection encompasses a chronological span of almost a century, starting in 1916 with Paul Strand’s celebrated Blind Woman - an icon within his work and within the history of photography which clearly influenced numerous photographers – and culminating with the monumental portraits of Agnes taken by Richard Learoyd in 2013 with a camera obscura, works that pass on the inheritance of the past through the experimentation of artists today.

The street has been the principal setting for photography in the 20th century, a setting in which the theatre of life is acted out, with the events that make up day-to-day existence playing the leading characters and with anonymous passers-by as the actors who perform brief scenes captured with an unprecedented graphic force. This remarkable rise of street photography was undoubtedly assisted by the increased availability of small manual cameras, which were precise, discreet and silent, like mechanical extensions to the eye.


The subject of the city offers photographers an enormous variety of motifs, among them human beings of all ages and types living out their lives in their habitual environment, in which the artist is an intruder who must always be on the alert and pass unnoticed or at least without disturbing others in order not to interrupt the normal flow of events. Helen Levitt’s work offers the finest example of the genuine street portrait, anticipating and isolating the most luminous, spontaneous and natural moments. Another notable example is Joan Colom, who surreptitiously used his camera to capture intimate scenes on the streets of Barcelona’s Raval quarter. Slightly later in date, Garry Winogrand created complex images in the midst of the vibrant, eccentric crowds on the streets of New York. Alongside these images taken without the subject being aware of the photographer’s presence the exhibition also includes posed urban portraits, giving rise to a gallery that runs from a reflection of the exterior world to engagement with the world of experience. Lisette Model introduces this direct, modern approach through a series of often daring close-ups and ground-level viewpoints that reveal the influence of European photography and her interest in human types. This is also the case with Model’s student Diane Arbus and with Alberto García-Alix, represented by various portraits that reveal their interest in hidden or private themes and the complicity they establish with their models.

The photographers grouped in this section include some of the greatest masters of the medium whose works contain almost endless implications that locate them in the fertile terrain of interconnection. Associations can thus be established between geniuses such as Strand, Evans, Frank and Winogrand, all pioneers in seeing photography’s potential as a means of artistic expression and a vehicle for artistic investigation and personal expression. These were photographers who freed themselves from the rhetoric of the traditional style associated with the language of painting and who defied conventions, ultimately teaching us to look in a different way.

This section opens with Paul Strand, part of whose work exemplifies the idea of the portrait of a community made up of both its different people and the identifying elements of its culture. In Strand’s images multiple stories intersect with the contexts that have gradually become deposited in them like strata. The result is a tapestry which the viewer has to reconstruct from the clues offered by the camera. Speaking of Strand’s work Dorothea Lange said: “I look at photographs but I investigate Strand’s”, an observation that could be extended to all the artists present in this section due to their ability to express in their collective portraits an authentic sensation before places, people and things, thus allowing the viewer to experience a similar one.

On display here are photographs of small cities, villages and communities in which silence is also an attribute. While at first sight these images might seem close to photo-reportage, this was certainly not the intention of their creators whose work distances itself from the immediacy required by that genre. Fazal Sheikh’s photographs are thus the result of his extensive knowledge of the subject and his personal commitment which goes beyond pure documentary interest and has required years of continuous work. In these works we encounter a social or personal commitment expressed through respect for and collaboration with the sitters, who gradually leave behind a sediment of experiences on occasions accumulated over the course of various years. This element transcends the images and gives them a life which goes beyond the photographic act to make them a document that explains reality.

While the street was the principal setting for 20th-century photography, at the end of that century the artist’s studio and interior spaces acquired a renewed vitality which has offered new possibilities for the posed portrait, constructed scenes and the self-portrait as a unique form of expression. Revealing less interest in social or political problems and the context in which they are taken, some of these portraits imply a return to the past due to the technical equipment employed (Learoyd’s camera obscura) or the subject and style (the connection with Renaissance painting evident in Hanzlová’s images). Or they simply reveal the Surrealist-type duplication that is inherent to photography, as in Friedlander’s tv screens. Essentially, however, far from anchoring themselves in the past, these photographers focus on the issues fundamental to contemporary human beings: identity, solitude and memory, making use of the calm and beauty intrinsic to art of all times in order to do so. Ana Malagrida’s images transform private spaces into public ones with the melancholy air of intimate, everyday scenes.

This section includes a group of self-portraits. While this genre has been present in photography since the outset of the medium, it is contemporary photographers who have truly investigated the multiple possibilities that depicting themselves offers for the construction of the image of the self and for knowledge of the subject, in their dual role as creator and model.

This section concludes with portraits of the wives of some of the most important 20th-century photographers. Through their wives or muses these photographers introduce and make visible personal connotations that transmit intimate emotions and feelings. All these models are women with very powerful presences who have accepted sharing moments from their daily lives and personal relations in a natural way, with the result that this group of images offers a marvellous and moving reflection on love and the passing of time. This interesting group of strong and appealing women opens with Strand’s portrait of Rebecca Salisbury of 1922 and continues with Eleanor Callahan and Edith Morris (Emmet Gowin’s wife). Nicholas Nixon has photographed his wife Bebe Nixon for more than fifty years, although the famous series on the Brown sisters is not displayed here as it will be included in Fundación MAPFRE’s retrospective exhibition on the artist which opens this September.

The accompanying catalogue of the same title offers an expanded vision of the exhibition with more than 300 additional images on the same theme selected from the Fundación’s holdings. It includes texts by prestigious authors such as Antonio Muñoz Molina, who offers a reflection on the portrait, and the English writer Geoff Dyer who focuses on various artists in order to consider this theme. An extensive text by Fundación MAPFRE’s photography curator Carlos Gollonet and detailed biographies of the artists represented in the exhibition complete this attractive publication.

A particularly special feature has been the collaboration of nine of these leading photographers who, at the request of the Fundación, have written short commentaries on a work by another artist represented in the collection. These texts are presented facing the selected image. 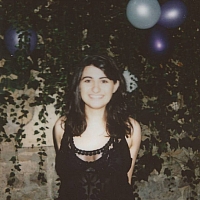