Interview of Duane Michals: « It's a liberation not taking yourself too seriously » 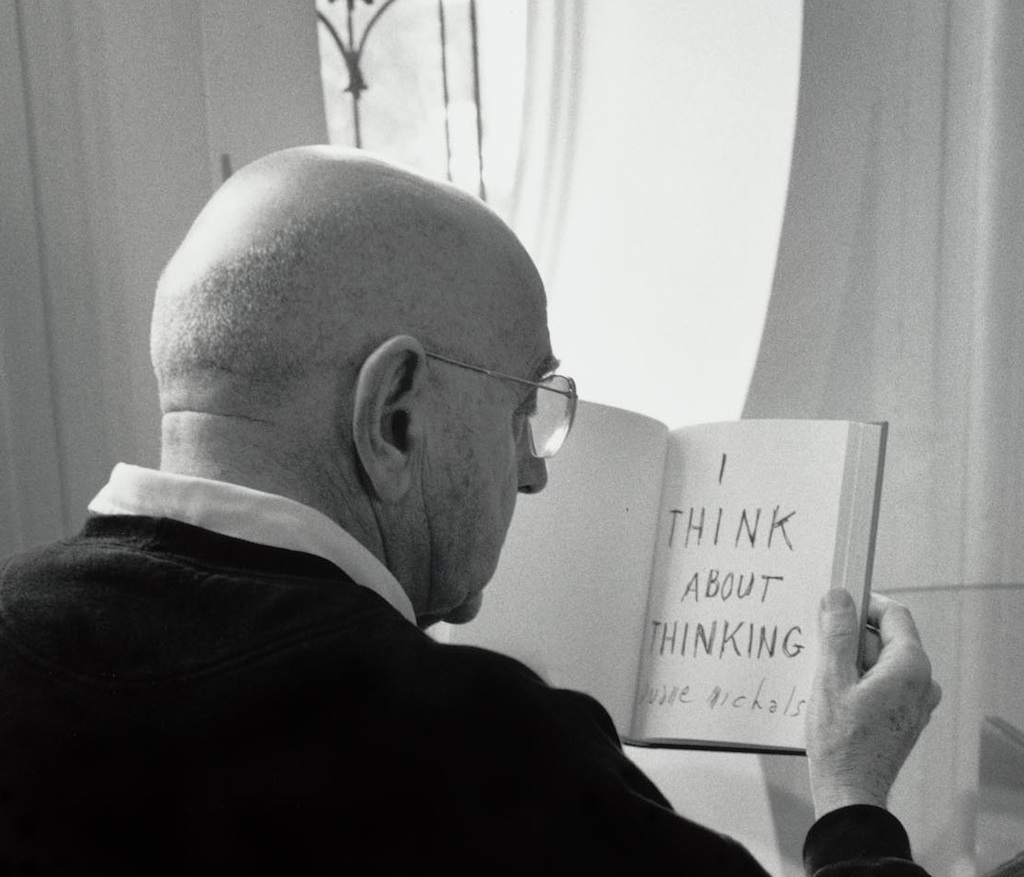 Once upon a time in Pittsburgh. The American photographer Duane Michals is back in his hometown for the exhibition Storyteller: The Photographs of Duane Michals. Until February 16th, the Carnegie Museum of Art give us the great opportunity to (re)discover his most famous pictures. At 82, Michals talked to us, with pride and humor, about his career, his photography of course, and his projects. Exciting.


This retrospective exhibition takes place at Carnegie Museum of Art in Pittsburgh. I read you had Saturday drawing classes there, how does the boy from McKeesport feel to be back « home » ?

Well I love Pittsburgh, it's my spiritual home ! It is very appropriate, it's the way it should be, I should have this big retrospective there, where I started, taking these classes on saturday when I was a kid. I've come full circle so it's a kind of private pleasure for me.

The name of the exhibition is Storyteller: The Photographs of Duane Michals : what do you think about this word « storyteller » ? Does it sum up well the way you think/make photography ?

Yes it says exactly who I am in photography and in life. I love to tell stories, I love to read, and when I was a boy taking these drawing classes I loved to read adventures stories about pirates, people on the see... My all life has been a story, like everybody else, and an adventure ! Going to Russia certainly was a great adventure for me and it changed my life !

Can you tell us more about that trip ?

When I went there I went as a tourist at the heigh of the cold war in 1958. I was 26 and we weren't talking to the Russian. You couldn't take a plane and fly to Moscow, I had to go through Helsinki in Finland and take a train to Belorussia. I borrowed a camera and if I have not done that I would have never been a photographer. I was immediately serious about doing photographs. That trip was major. I hate to think about what I might be doing today if I had not gone.

Your work became famous for the several photographs created as a narative work with also the handwritten text : does it mean that at one point photography was not enough ? You missed story/words ?

Yes absolutely. When I arrived on the scene as a photographer in the fifties and sixties, there was no such category as « telling stories with a camera » the way I did it. There was no sequences, and there was no handwritten text. You could be Bresson and you could be Robert Frank, Ansel Adams and Agee but there was nobody telling mini adventures the way I did with five or six pictures, a sort of visual haïku, just little moments outside of description. My photographs were not about describing what New York looked like or what Paris looked like but my stories were about the interior dialog, what my fears looked like, what my dreams looked like. The interior dialog was more real than the exterior dialog, it was like turning a glove inside out. 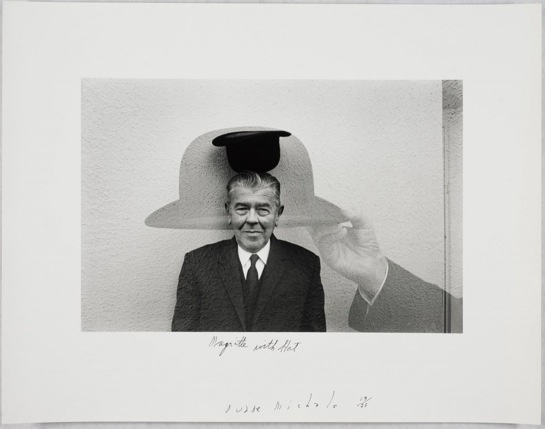 Modigliani, Magritte, Balthus are painters you really love and who influenced the way you work. Would you have loved to be a painter ?

It's not a matter of being a painter or being a photographer, the key word is 'expression'. I call myself an expressionist (laugh) ! The thing is how well do you express yourself ? Sometimes you need to tell a story with six pictures and sometimes I have to write a text... I've abandoned being just a photographer, I'm somebody who will write or do whatever he needs to do to express an idea.

Your black and white photographs are amazing. You added colors in Primavera, 1984 or in Rigamarole, 2012, what can you tell us about that « switch » ?

Well of course it's always opening new doors. I began to paint on photographs and I liberated myself from strict reality and observation. When I suddenly realized that the all world was opened to me, the only limit was the limit of my imagination. So I could do something like Primavera, I could do anything ! It's just total freedom and that's very very exciting but it's also very difficult because I became my own boundaries to my imagination, and if I didn't have a good imagination, my work would not be very interesting... Most photographers are newspaper reporters and I am a storyteller. 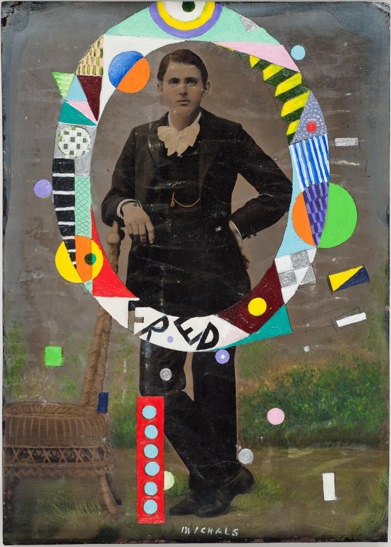 
When we look at The Young Girl's Dream or Chance Meeting, it's almost as if we read a flipbook. Is your photography half way between a book and a movie ? Between words and movement ?

Yes ! The "decisive moment" is a very important category in photography but I just did the moment before and the moment after that. What I did was to stretch the moment, to give me more space. Rather than just depending on the one photograph, I had some room to develop an idea and to tell a story. It liberated me.

Grandpa goes to heaven is amusing about death. When the little boy see his grandfather fly out the window after he dies that's a very serious subject, and yet they show the serie to the children and it makes everything ok because they could see the grand father with wings flying out the window and then they didn't feel bad about it, that was very nice ! "I build the Pyramid" is very funny also !You could say profound things in a very amusing way but the thing is I don't like serious photographers or artists who take themselves seriously. I'm very lucky because I can talk about serious things in an amusing way and it's another liberation not taking yourself too seriously !

You said « I don't believe in portrait », why ? And what about the Andy Wharol or Sting one ?

When people have their portrait taken they assume their portrait face... Did you see my ABCDuane ? You should see it, it's very good, I rewrote a Pinter play, I talked about Becket and I talked about Marlene Dietrich ass and all kind of things. It's a very liberating book... Anyway I forgot what we were talking about I get so excited about the book ! So portraiture yes. I think there is too kind of portraits : one is about standing and staring, that's the kind of portrait that everybody does: Nadar, Irving Penn, Diane Arbus... ButI have another portrait that I called the 'prose portrait'. It's more like a written portrait in a sense, and in this portrait you don't have to see what the persons look like. It is about the nature of who they are or what they do. All the Magritte's portraits were prose portraits because the photographs were done in a manner of a Magritte's paintings or the atmosphere that Magritte would have seen. I did the same with a portrait (which is in the new book) of the comedian Michael Richards who was in the show 'Seinfeld'. He loves Jacques Tati and Mister Hulot and I do too, so I did a portrait of him calling 'Mister Hulot drinks a glass of milk' and he spills the milk off the table and it's funny ! You show the portrait of who they are, which is much more important because it shows the understanding of the nature of their personality and that's a very significant thing. Even in the Andy Wharol portrait where I smear his face, where it is out of focus, blurred or his head is behind his hands, it is because Andy Wharol was not there, he was never there, he was always this ghost personality, not a real personality...

And could you tell us more about the one you called the « revenge of the Nerd » ?

I'm critical, but the « revenge of the nerd », it's absolutely true ! In high school he was the sissy, the boy who is effeminate, the boy who likes to hang out with the girls and read Hollywood magazines... He told me he was born in McKeesport, my home town. Truman Capote always considered Andy to be an arriviste. He didn't like him because he thought Andy was cultivating his friendship as part of his arising in the art world, in the celebrity status by becoming a friend of Capote. And ironically Andy is now more famous than Capote.


« Shooting mostly Tri-X in available light » : is it still the case ? What is your camera ?

In black and white it's always Tri-X but in color I used another film. As for all my Japanese pictures... I don't use digital. When I went to Russia I got a camera which cost about 12 dollars and then I have Nikon, and then the Canon company gave me a couple of cameras but my cameras are so old. One doesn't work anymore and they can't repare it because it's so old ! I'm not an equipment person, it's ninety percent natural light ! 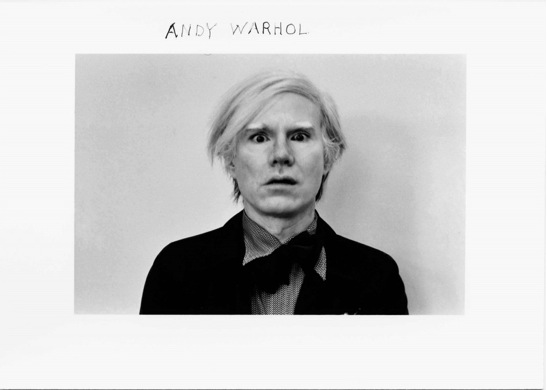 What are you working on lately ?

I'm working on my commemorative photographs and I'm gonna do a portrait of these two little girls reading books and a Magritte hat and a red bowl fly into the room and they dance and land on the little girls' heads. The one with the red bowl becomes a clown and the other one covers her all head up so she vanishes like in a Magritte's painting. I'm starting this week-end and it's very exciting ! I'm never sure exactly but my track records is very high. Most of time I get what I want ! I have to use a computer for deconstructive photographs, it's a new freedom because what I couldn't do with the camera, now I can do it with the computer which I love. It gives me more freedom ! I like anything that give me a larger photographic vocabulary !


Do you consider yourself as a rebel in the photographic world ?

Why did you reject the "decisive moment" from Cartier-Bresson ?

You talked a lot about style which becomes a brand : is it the way you see photography today ?

Oh yes ! Cindy Sherman is a big brand ! When you become a brand it's very difficult to free yourself because you become trapped by your own success ! She'll be crazy to abandon what she is doing now because that's where she makes all her money.

I heard you received the French Order of Arts and Letters, what is your story with France ?

I love France, I like the French culture, the literature, and cuisine... Also Nadar, the Lumière brothers... There's always been an in love language... when I read Victor Hugo's or Cezanne's biography I found them very exciting... And also because when you think of American photographer you don't think of me, I am much more European in my sentiments and curiosity. I'm not interested in photographing people walking down the street in Chicago but I will maybe write a little poem about Chicago. I'm much more French in principle than American !