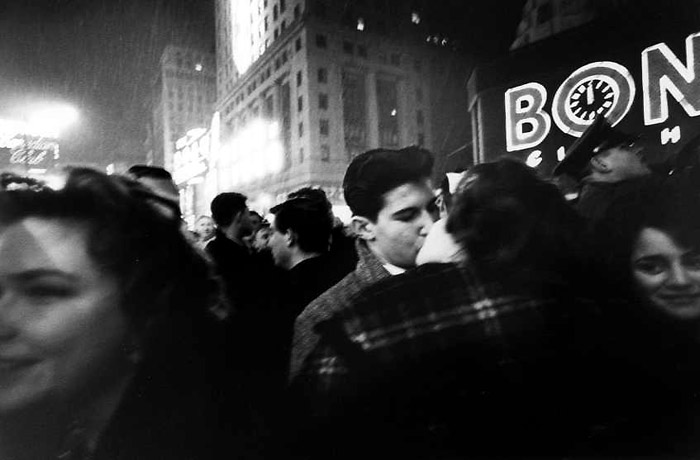 Yossi Milo Gallery is pleased to announce Sexy and the City, a summer group show on view from Thursday, July 9, through Friday, August 28, 2009.

Sexy and the City shows the alluring, romantic and some­times scandalous side of New York's people and places.  Capturing private, intimate moments and blatant displays of sexuality, these photographs span the decades from the 1940s to the present day, taken in landmark locations like the Brooklyn Bridge and in the quiet, out-of-the-way corners of the city.

From Alfred Eisenstaedt's iconic image of a kissing couple in Times Square on V-J Day, 1945, to Nan Goldin's drag queen on an anonymous New York street in the 1990s, from Garry Win­ogrand's topless woman surrounded by a crowd in Central Park to the homosexual couples photographed by Alvin Baltrop in the seclusion of the West Side piers, Sexy and the City celebrates diverse views of New York City passion.