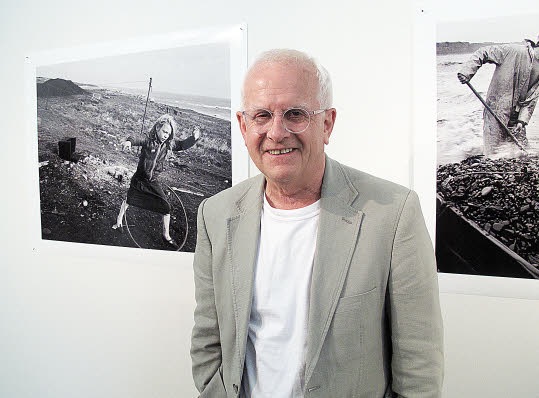 Chris Killip was born in Douglas, on The Isle of Man, in 1946. He discovered photography one day, in seeing a picture of Cartier-Bresson. He began to make picture at 17 years old, and became the assistant of a great commercial photographer in London.

He was inspired, among others, by the work of Paul Strand and Walker Evans, and began in 1969 a series of pictures in The Isle of Man, which made him famous. Today, he is unmistakeably one of the acclaimed British photographer, and he is inspired several well-known photographers like Martin Parr, Paul Graham or Tom Wood. 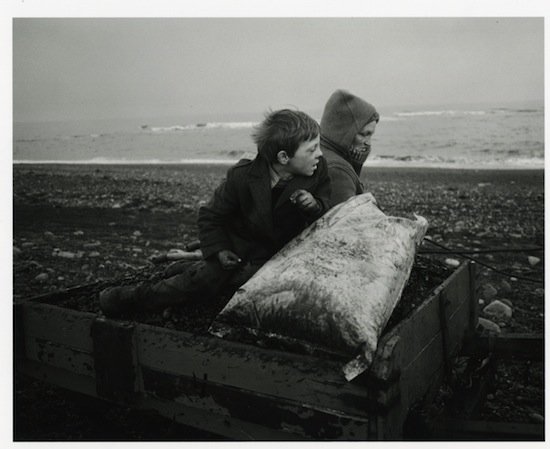 How do you became a documentary photograph ?

When I was young I worked in a hotel, I had to leave school when I was 16, I was a bad boy, so I got this job in a hotel because my father had an hotel. My father wanted to send me to a hotel school in Switzerland. One day I saw a picture which were in Paris Match, of Cartier-Bresson. The picture facinated me. So I said to my father « I'm not going to the hotel school in Switzerland, I'm going to be a photographer ».

So then I became a beach photographer, taking pictures on the beach, and made enough money to go to London, where I get a job in advertising photography. I became successful as an assistant. In 1969 I was in NY, I went to the Museum of Modern Art and I saw the first exhibition, I never see a exhibition of photography. And I was so happy, because I realized that you could do photography for your own sake.

Then, I was panic about what I was going to do, and I realized that the thing to do for me is to come back to the Isle of Man to photograph there, because I knew this place.

So I went to work in my father's bar, and I borrow his car to do my photographies

Then I move to North East of England in New Castle. I liked it very much and I stayed to the next 15 years. Then, I got a call, a proposal to teach in Harvard university, but I have no idea of that ! I think they were crazy ! So I'm going to see them and we like each other. Now, it was 20 years I teach there.

You had some influence for many photographers like Martin Parr, Tom Wood or Paul Graham, what do you think about their works ?

So much work in Martin Parr 's !

Tom Wood, I know and I like, his a friend. He is the closest to me, in his works.

Paul Graham, we're not close friends but I've written about him so I like his works.

You teach in Harvard since 1991. Did you bring opportunities to you ?

Yes, the greatest benefit is the women that I told educate me. They've been fabulous ! (Laugh).

The class was amazing fun, we talk a lot, and not just about photography !

What do you teach ? Just the technics ?

No, technic has to be told, but I show a lot of things. My students are not going to be photographers so the idea is just to give conceptions to them. After 14 weeks, they made a book online, so they have this object. It's very pleasant, because they have the results.

When you 're teaching your students, do you use the benefits of your photographies to teach economic issues ?

No, it's more how to make a picture. We don't go that far. The fabulous thing with Harvard, it is because they have a lot of means for the education. My students are going to be lawyers, or politicians, they're gonna be educated.

Can you name your sources ? Your inspirations ?

One biggest influence to me is the American photographer Walker Evans. I like a lot of photographers but he's the biggest for me because he makes me think.

Do you have preparatory process before making a picture ? Or are you spontanious ?

Yes I drinking a lot, get the courage to go out ! (Laugh)

More seriousely, I'm too spontanious, that's why I use a big camera. I shoot too much, I need to be slow down to stop.

Which camera did you use to the isle of man ?

The big cameras, MPP … And others look like polaroid. But different because I use films.

What do you think about « The girl chewing-gum », the John Smith's film ?

I love it. It's been in your head. It's depicting reality. The way he is treated, it's not what do you expected. It's interesting because he's complicate the matter.

Do you have any other documentary photography projects ?

I prepare exhibitions because I have a lot of pictures I never show. At the moment I have too many books out in the world, so I have to wait to do something else.

In all your pictures, which one is your favorite ?

I was very plesad to see this picture on the wall in Germany, for me it was very funny (picture just after ndrl). In 1985, I got a call for the Museum of Hanover, asking me to make a portrait. So I send this picture. Two weeks later the package come back with a word « They ask you for a portrait. It's not a portrait. Could you please send a portrait. ». I said « It's a portrait to me ! It's the picture I want to go in ! There is no hand on the picture because I didn't include his hand. » So I send them back. And they send me the picture back again, with the definition of a portrait.

So I was not in this exhibition ! 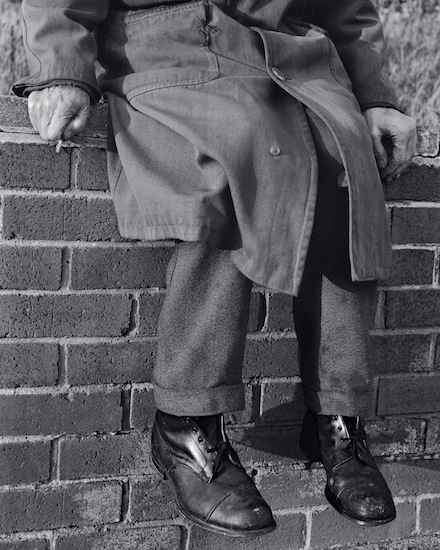