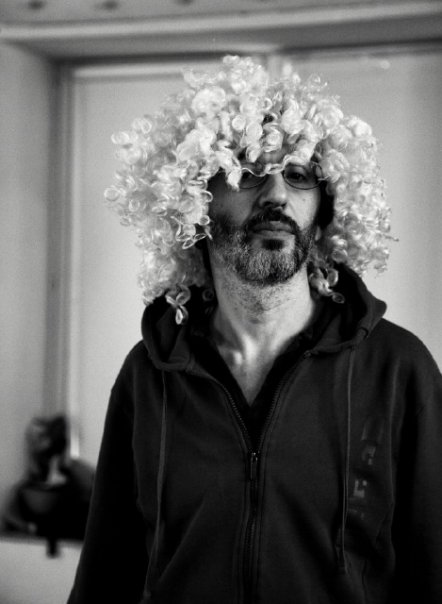 Before becoming a member of the AES+F group, Vladimir Fridkes goes through all the genres : from photo-journalism to advertising and even modern art photography. Through this interview, this versatile character explains the different aspects of his work, particularly in the  fashion industry.

Can you tell us a little bit about yourself ?
Like the most of other people I got my first photo camera as a gift in my childhood, since then I’ve been taking photos.
At the end of 80s I tried to shoot an advertising but in those days in The Soviet Union was a bit strange. I quickly lost my interest in that kind of business and became a photojournalist. For a few years I worked for a Danish newspaper ‘Politiken’ and ‘PolFoto’ agency. Around 1994 the first fashion magazines was published and I started collaborating with it with big pleasure. And a bit later there were more and more like "ELLE", "Bazaar", "Vogue"... little by little I started doing my own art projects. In 1995 I met AES group, since then we’ve been working together and the group became AES+F.

How did you end up being a fashion photographer ?
As I said before, I was a photojournalist, but always wanted to do more. I always liked staged photography. In 1994 "Imperial" magazine was published. There were young and talented people working there. They offered me a job. That’s how it began.

What is the best and worst part of being a fashion photographer ?
The worst part is the compromises and limitations we have to accept. Most of the time you can’t get job done exactly the way you conceive it, because of different reasons. For example, your point of view doesn't correspond to your clients point of view and you are forced to look for another decision. Or, there is not enough budget for building the set, and it's a pity because it was such a brilliant idea. There can be dozen of reasons - these are the rules of the game end you accept them.
The best part is a very active and exiting life, continuous meetings with the new people, the ability to offer your own ideas and very quickly see the result in in large editions.

What/who gives you ideas and inspires you to create such amazing imagery ?
Ideas comes by themselves. Most likely, the idea already exists and you‘re waiting for the offer to make it real. Sometimes the stylist, as a script writer, comes with the idea and it’s really exciting to make a visual solution for it.

How would you describe your style of photography ?
For me it’s a bit strange to talk about 'my own style'. I think a distant view, some coldness and some suspense could describe it.

As a fashion photographer, what is your aim when you prepare to take a picture ? What do you want to see in the end ?
I think that the aim of every artist, in this case a photographer, is to make the audience experience some emotion. In case of fashion photography, it’s working with the particular form. I mean magazine’s format, style, cloth. You need to subjugate this all to yourself and get the visual implementation of your idea at the end. In fact, this is always a really interesting experiment and experience.

In your fashion photos I notice there is a lot of framework in the framing (windows, televisions, squares, computer screens...). Why is that ?
Could you talk to us a little bit about this photo ? What was the idea of the series of photographs with television screens ? 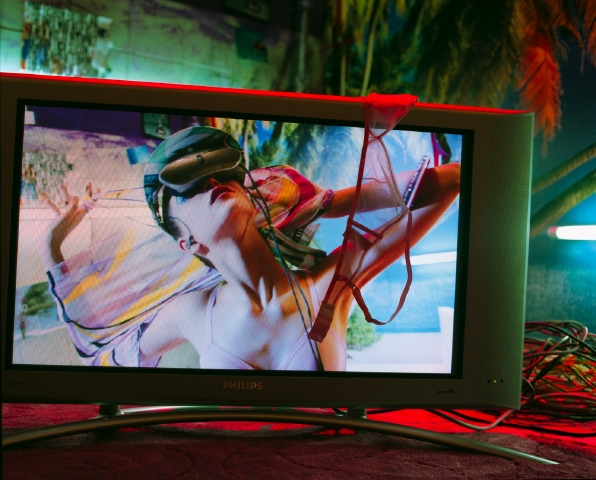 Generally speaking, I do really like to play with space, perspective and form.
In this case (this shooting was for Haprers Bazaar magazine with the friend of mine stylist Elena Bakanova), we wanted to make a story about new gadgets. After the idea had been transformed and we shot the story about the girl who dreams about the palm trees, crystal clear water and white sand but lives in a cheap motel and sees her own dreams on the pictures hanging on the walls and computer screen. The TV set and the frames create virtual reality. She somehow ends up inside her dream. 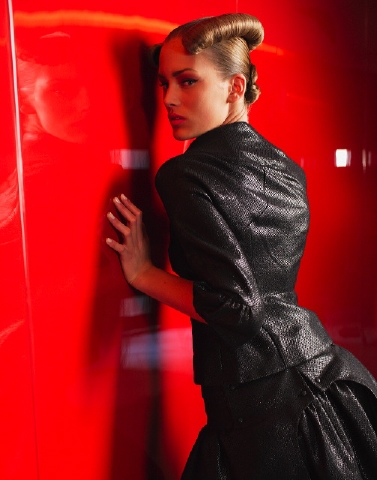 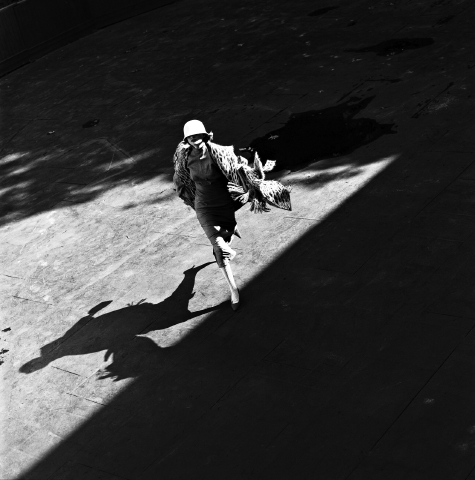 It's hard to say why I like one of my photos more then another. As time goes by your your attitude to your own work changes. So, let's say those photos haves passed the ''time exam''.

The lighting is perfect on every photo. Do you work with digital or silver-based camera ? Why ?
Before I was using film, now I’m using digital. As is in the AES+F’s creation we are using a collage technique so digital is more efficient and more suitable.

You also do many projects with AES. How different is it to your fashion and advertising work ?
If we’re talking direct about shooting, then for me, the process itself is really exciting in both cases.
If we’re talking about work in general, as I said before, in the fashion photographer’s work there’s a lot of the compromises but not with your personal project. You have the idea and the will and you only look for the way to make it real and get it done. In our case (AES+F) the result is the figment of a collective mind. We think out everything together from the very beginning to the very end. We define ourselves how we’re going to do that and what way.

Who is the first French photographer that comes into your mind ? What vision do you have about French photography ?
Guy Burdin. One day I was amazed by his photographs.
France gave the world many great photographers like Henry Clark, Jeanloup Sieff, Henry-Cartier Bresson, Cecil Beaton, Felix Nadar. Their work is like role models for the modern photographers.

How do you think French fashion photography is different to Russian ?
It’s like if you compare a teenager with a grown man. Keep in mind that in Russia Vogue and other fashion magazines appeared in 1995-97 and for a long time they had been working only with the western top photographers, so everything had begun not long ago. Let’s say, Russian Photography is just beginning.

What advice would you give a young passionate of fashion photography ?
Whenever it’s possible, do what really interests you and defend your point of view.