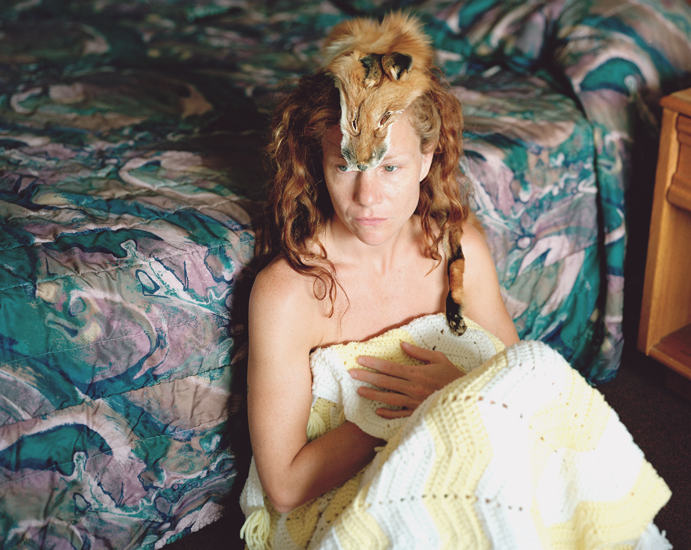 This series of photographs is taken in and around Virginia, the place in which I grew up. The title comes from a book written by my father's ancestor, to show the lineage of the Fox family in Virginia. For my own purpose, it acts as a metaphorical map, of the rediscovered paths of my childhood home.

At the age of 34, I came back to Virginia to care for my mother, who died shortly after my return. As the last of my family passed, I turned my lens to old friends, and their new families. I photographed the house in which I grew up. The man that lives there now houses snakes in my father's old office, and rests them in my old bedroom, while he changes their cages. My mother always promised that there were no snakes in my room, and now that she is gone, there are.

These photographs are not meant to be purely autobiographical, but rather representations of how I view things, based on my own experiences, and those of the people that I have met along the way. My boyfriend Michael, stands on the street I grew up on, bridging the gap between past and present. Lynn, the first stranger that ever sat for me, continues to pose for me, along with her son Max.
I have been photographing her for seventeen years now.