The virtuell exhibition « The Face of Freedom » at Deutscher Reichstag 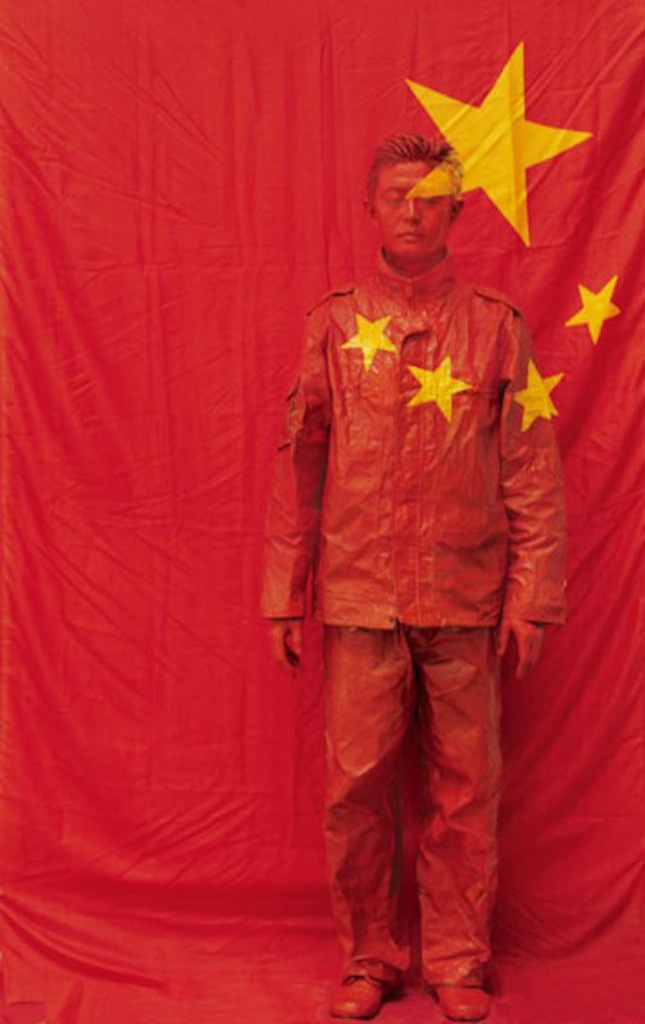 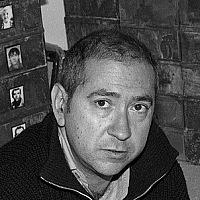 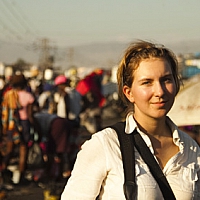 "The Face of Freedom"
A virtuell Exhibition at Deutscher Reichstag curated by Prof. Klaus Honnef
The fruit of 40 years of collecting and many decades of collaboration with international museums, the exhibitions of the Teutloff Photo + Video Collection can now be viewed, browsed and enjoyed in our new virtual museum by people all over the world!
Leading international curators create exhibitions presented in settings appropriate to the subjects they engage with. It’s a highly democratic and socially committed way to open up the Teutloff Collection to a wide global audience.
In an unprecedented innovation, individual exhibitions will be staged in public buildings with a close connection to the particular theme being treated. The first such exhibition, "The Face of Freedom" is set in the Reichstag, the German Parliament. This ambitious political exhibition of photographs is curated by Prof. Klaus Honnef. 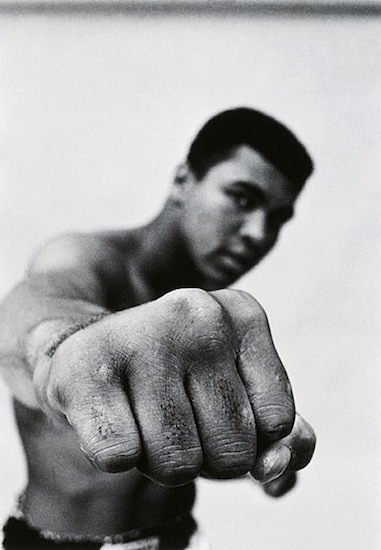 © Thomas Hoepker: Muhammed Ali`s Fist, 1966.
"The Face of Freedom"
Freedom is a big word. Used – and often abused – for all kinds of things. The face of freedom has many traits. Contradictory traits too. The freedom of a whole people is not the same as the freedom of a single individual. Individual freedom, which guarantees freedom of expression as well as the inviolability of the body, is one of the achievements of western civilisation. Different civilisations hold different notions of what freedom means.
Freedom has its price. It also has its casualties. Even in countries and societies which proclaim themselves as "free", it has to be fought for anew each and every day. In a struggle with the forces of the state and the economy, with the power of bureaucracy, culture and ideology. Many people forget this, lulled as they are by the blessings of freedom. Many people mistake freedom for a blatant and reckless disregard for others.
The virtual exhibition "The Face of Freedom" in the German Reichstag shows victors in the fight for freedom. But it mainly shows freedom’s casualties. The politician Aung San Suu Kyi is an icon of the struggle for political freedom. As is the wounded unknown soldier (Adam Nadel) with the badly bruised face. Muhammed Ali (Thomas Hoepker) symbolises individual freedom won through physical and mental agility, courage and determination. Like the nameless Chinese man (Liu Bolin) standing up to a totalitarian ideology. Ludwig Erhard (Yousuf Karsh), the legendary German economics minister, represents a concept of social freedom. Poles apart, the no less legendary Che Guevara (René Burri) stands for the utopia of permanent revolution.
Most of the casualties in the fight for freedom are faceless. Anonymous figures, they pay with their lives or their limbs (Joao Silva and Dario Mitidieri). Sometimes these casualties fix you with their gaze! The anxious faces of women and mothers (Stanley Greene and Adam Nadel) and the unselfconscious gestures of children (Margie Geerlinks, Dario Mitidieri and Alice Smeets) are an unfiltered direct expression of the longing for freedom. It is their freedom which is most under threat. Whether from despotism, war or poverty. Against tremendous odds, war amputees (Adam Nadel) gain a hard-won personal freedom in sport. They seem much happier in the photographs than those other morose and neurotic products of modern civilisation. 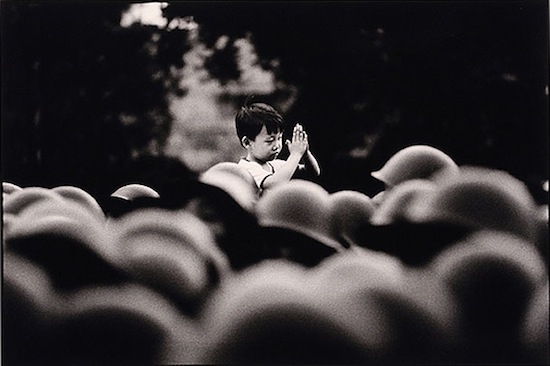 © Dario Mitidieri: Bejing 1989, Silver Gelatine Print, 50 x 60 cm.
The exhibition weaves an invisible web of associations between the pictures. One example will serve for many: a king (Yousuf Karsh) who renounces his throne for the freedom to marry whom he wants to. And next to him the artist (Elke Krystufek) who uses her artistic freedom to present herself in provocative poses. The king entertained sympathies for National Socialism. On the artist’s belly lies a magazine with a Nazi symbol.
Triumphant photos do not figure here. Or at least what triumphs there are are triumphs in the minor mode. Pictures of happiness are the exception. And the people they show are visibly damaged (Nina Berman and Boris Mikhailov). Even though the freedom of art is guaranteed by a slew of Constitutions, there is no shortage of attempts everywhere to impose limits on it. In totalitarian states art frequently serves as a weapon in the fight for freedom. Ever since the end of the 19th century art has sought to challenge our way of seeing and thus to provoke our way of thinking. It shows things in a different light to that which we are used to. An unfamiliar and thus critical light in which we cannot find our bearings. Freedom is no gift of nature. At times art trespasses over boundaries and becomes unbearable. Everyday freedom stops where the freedom of others begins. Yet the freedom of art is limitless. Because the human spirit blows as it wills. (Klaus Honnef)