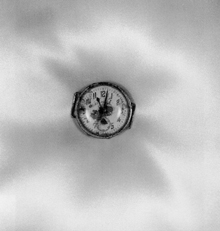 On August 15th, 1945 the Pacific War came to an end and with it fourteen years of bombings, of deprivation and of great sacrifice for the Japanese people. With the collapse of Japanese militaristic rule and the arrival of the US occupation forces, the nation suddenly found itself thrust into a new and uncertain era. The myth of the Emperor's divinity, which was born during the Meiji era, was replaced with the American attempt at their homegrown brand of democratisation.

The belief in the Emperor and his government, which had accompanied Japan's development for several decades, was shattered. At the same time, despite the surrounding physical destruction, a feeling of intense relief swept across the country accompanied by a thirst for freedom and creative expression. The Japanese people craved discovery: their curiosity had been suppressed during the years of military dictatorship. It was in this context that photography took on a central role in the nation's rediscovery of self and it soon became a vital contributor to Japanese society in the immediate postwar years.

By observing the role of photography in the evolution of post-war Japan, this exhibition shows the intrinsic strength of the Japanese people and their sense of solidarity in the face of a total reconstruction of their society. It shows us how this unique historical moment allowed photography to play a crucial role in the search for the nation's new identity and left us with an extraordinary document of the birth of a new Japan.

Contents
The exhibition will include 168 original silver-gelatin prints. In addition to these prints, it will include historic materials from the different periods treated within the exhibition including exhibition catalogues, layouts, photographic magazines and other publications.