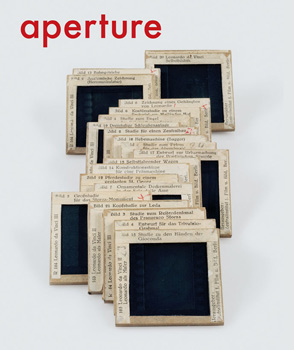 • Invasion 68: Prague by Josef Koudelka
Melissa Harris talks with Koudelka about his documentation of the Soviet-led invasion of Prague.

• Leaving Kansas: A Look At Second Life
Fred Ritchin gives a tour of the Internet's alternative to reality, Second Life, through the photographs of Michael Schmelling.

• Framing the Presidency: The Evolution of the Campaign Image
Robert Hariman discusses how candidates have been depicted photographically over the past century.

• Claudia Angelmaier: Reproduction Art
A reflection on the age of mechanical reproduction in the work of art by Brian Dillon.

• Duane Michals: Chromophilia
Robert Kushner comments on a portfolio of Michals's most recent work in color.

• Hanatsubaki: Perfection is Lifeless
The long life of an adventurous Japanese magazine, by Jason Evans.

• Joel Sternfeld: Oxbow Archive
Gretel Ehrlich looks at Sternfeld's latest project in a meditation on seasonality in the age of climate change.