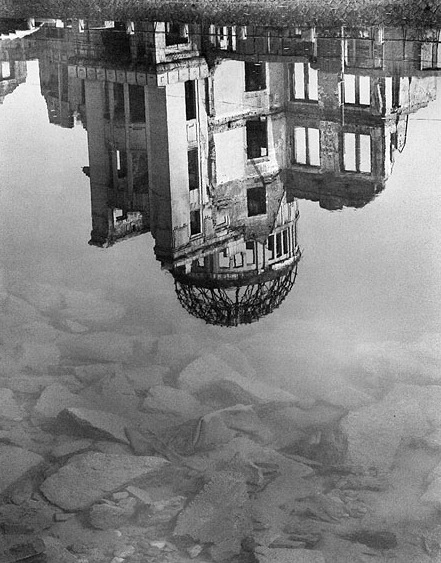 In the years following the Second World War in Japan, photography played an important role in the development of a new national identity. From the shock of the atomic bomb to the country's re-emergence at the 1964 Olympics in Tokyo, important photographers documented the birth of a new Japanese nation. This exhibition includes 123 photographs, as well as books, magazines and exhibition catalogues featuring works from 11 leading representatives of Japanese photography of these years.

In the mid-1950s a group of photographers came to the fore who started to move away from the sombre photo journalism that depicted the misery of the years immediately following the war. Affiliated with the Vivo photography agency, these photographers examined the consequences of the massive modernisation process that gripped the country, but also took a closer look at the trauma of the atomic bomb, in a series of ambitious book projects. Since exhibitions of Japanese photography in Europe are rare, this show sheds light on a culture of photography that until now has received little attention and has only found a wider audience through contemporary works.

The exhibition also features a special room of American photographs, recently presented as a generous donation to the Art Library’s Collection of Photography, depicting the dropping of the atomic bomb on the city of Hiroshima and the atomic tests in the American deserts and islands in the Pacific. The selection is augmented by photographs by Yosuke Yamahata, who documented the destruction in Nagasaki in August 1945, just one day after the nuclear attack.