Painting or photography ? at he Pierre-Alain Challier gallery 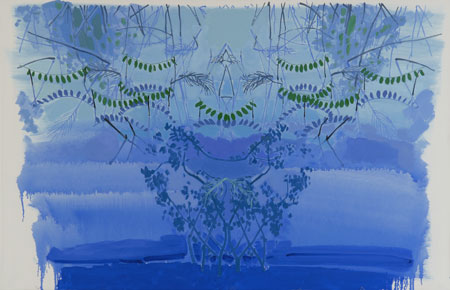 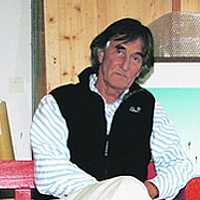 The Pierre-Alain Challier Gallery presents an exhibition of its artist’s work, designed to shed light on the close relationship between painting and photography.

Nils-Udo, a painter who became a photographer in order to take pictures of his ephemeral artworks, returned to painting 10 years ago using the experience as a colorist he acquired while photographing the natural world. He sometimes uses different media in a single painting.

Keiichi Tahara uses set-painters materials to print photographs on delicate, translucent enameled porcelain, bringing transparency and enchantment to his black and gold photographs, which are far removed
from their habitual context.

François Rousseau is a painter who became a photographer. He slips selfconscious references to painting (from Van Eyck, Le Nain, and Caravaggio to David Hockney) into his images, which are painstakingly constructed staged tableaux.

Toshio Shibata has produced a series of heliogravure prints of his delicate, powerful photographs depicting great Asian artworks on the theme of water, subtly entitled “Waterfolio”. The viewer could be forgiven for thinking that these photos are charcoal drawings.

Cécile Hartmann photographs enigmatic figures on whose backs are pinned monochrome canvases suspended in space and delimited by the body. Painted in vivid colours, they act as painterly signs for the person who looks at the image.

All these troubling visual effect and productive dialogue between the arts shows how fertile the interaction between different media can be.