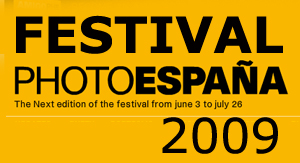 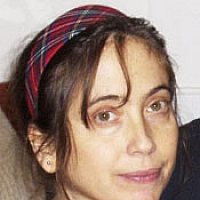 ROGER BALLEN
In the 1970s, Roger Ballen (United States, 1950) began portraiture work on people and towns in South Africa, where he has lived to date. In the 90s, he moved away from documentary photography to explore fiction with composite images where beauty and anguish coexist. In them, people and animals are shown with unsettling poses in compositions formed by wires, shadows, sheets, stained walls, drawings and material scraps. These images with their surrealist shadings convey feelings of psychological disorientation and physical abandonment.

Ballen is the founder of the Roger Ballen Foundation, which promotes education on photography in South Africa through organizing courses taught by internationally renowned photographers.

His work has been exhibited in several countries since 1997 and forms part of several collections, museums and institutions such as the Museum of Modern Art in New York, the Centre Georges Pompidou in Paris, The Victoria and Albert Museum in London and the Stedelijk Museum in Amsterdam.

Ballen is represented by the Gagosian Gallery in New York, the Galerie Kamel Mennour in France and the Michael Hoppen Gallery in London. He was named Photographer of the Year at Les Recontres d’Arles in 2002 for his career as an artist.

PATRICK FAIGENBAUM
Patrick Faigenbaum (France, 1954) forms part of a generation that revolutionized the perception of photography by exploring the medium’s possibilities beyond photo reportage. Trained in painting, the artist conveys in his work the individual in relation to his historical time, social structure and urban space. His celebrated series on the Italian aristocracy reinforces this notion with images that show tradition, the impact of the family and the weight of history.

At PHotoEspaña 2009, Faigenbaum will present a work he has been developing since 1999 in the outskirts of Barcelona, in Besòs, a former industrial town on the coast with a heterogeneous population, undergoing full transformation. With great freedom for his choice of formats and scenarios, the artist has achieved formulating a reflection of the area and its inhabitants. In line with his previous work, the city turns into a place that circumscribes the protagonists of his photographs, whereby the residents are placed in relation to their visible surroundings—the ones they inhabit.

He has exhibited his work on an international scale since 1984 and is the author of several publications, among them Tulle edited by Le Point du Jour and Roman Portraits by The Art Institute de Chicago in 1988.

Faigenbaum is represented by the Barbara Gladstone Gallery in New York. He currently lives and works in Paris where he is a professor at the National School of Fine Arts in Paris.

Patrick Faigenbaum will have a solo exhibition at the Circle of Fine Arts in Madrid within the PHotoEspaña 2008 Festival.

JIM GOLDBERG
Jim Goldberg (United States, 1953) is a professor of Art at the California College of Arts and Crafts and has been a member of Magnum Photos since 2006. For over thirty years his work has been characterized by using images together with writing. In his first publication Rich and Poor (Random House, 1985), he exhibits an experimental manner of narrating stories that juxtapose residents in state-owned tenement housing with upper-class residents in their elegantly furnished homes. In this manner, he investigates the nature of American myths on class, power and happiness. In Raised by Wolves (Scalo Publications, 1995) he utilized photographs, snapshots, still images, writings, diaries, objects and other elements to document the life of adolescents who had run away from home in San Francisco and Los Angeles. Currently, he is working on two books about European migration, which will be published by Steidl in 2009 and 2010.

His editorial work has been published in W, Details, Flaunt, The New York Times Magazine, Esquire, Rebel, GQ, The New Yorker and Dazed and Confused. His work forms part of collections, among many other places at the Museum of Modern Art (New York), the Whitney Museum of Art (New York), the Corcoran Gallery of Art (Washington, D.C.), the J. Paul Getty Museum (Los Angeles) and the San Francisco Museum of Modern Art (San Francisco). He has been honored with the Henri Cartier-Bresson Award, The Aftermath Project Award, the Hasseblad Award, the Mother Jones Photography Award and the Guggenheim Fellowship on two occasions.

ÁNGEL MARCOS
Ángel Marcos (Spain, 1955) dedicated his photography exclusively to editorial work and advertising until 1992, when he received a photo assignment to take portraits of the Calderón Theater in Valladolid, which allowed him to create more personal, less formal work. From there on, he reconsidered his career and began working on a trilogy that shows the prevailing power and social reality of cities. In Alrededor del sueño (Around the Dream) (2001), Marcos contrasts advertising slogans around Manhattan—symbolizing the notion of contained desire—with heaps of trash and the homeless, which reflect on life stories of failure and frustration. In his work En Cuba (2004-06), logos and messages linked to the consumerist world are substituted by revolutionary icons and slogans. Finally, his project China (2007) portrays the uniqueness of the Communist regime and its recent integration into the capitalist market.

Marcos has exhibited solo shows, among other locations at the Maison Européene de la Photographie in Paris, the Hilger Contemporary in Vienna, the Espace photographique Contretype in Brussels, the Naples Museum of Art in Florida, Instituto Cervantes in Beijing and the Museo de Arte Contemporáneo de Castilla y León (MUSAC). His work forms part of collections at the Museo Nacional Centro de Arte Reina Sofía in Madrid, the Valencian Institute of Modern Art (IVAM), the University of Salamanca, the Museo de Arte Contemporáneo in Madrid and the ARTIUM Center/Museo Vasco de Arte, Vitoria-Gasteiz.

Marcos is represented by the Galería Soledad Lorenzo in Madrid.

ROSÂNGELA RENNÓ
The work of Rosângela Rennó (Belo Horizonte, Brazil, 1962) explores the nature of photography through appropriating and manipulating already existing photographs. She seeks to construct new meanings and narratives for the images by transforming and re-contextualizing anonymous photographs found in antique shops and flea markets.

Featured among her publications are Rosângela Rennó, edited by the Museu de Arte Moderna Aloísio Magalhães (MAMAM) in 2006 and Bibliotheca, published by Gustavo Gili in 2004.

She currently lives and works in Rio de Janeiro and is represented by Galería Vermelho in São Paulo, Cristina Guerra Contemporary Art in Lisbon and La Fábrica Galería in Madrid.

STEFAN RUÍZ
Born in San Francisco to parents of Italian and Mexican heritage, Stefan Ruíz studied painting and sculpture at the University of California Santa Cruz and at the Accademia di Belle Arti in Venice. He began to take photographs in Africa, where he would document the influence of Islam in traditional art in the western part of the continent. Starting in 1994, he dedicated his work to professional photography. He taught photography classes in the San Quentin State Prison from 1992 to 1998 and was creative director of Colors Magazine from 2003 to 2004.

Ruíz has carried out editorial work for The New York Times Magazine, L’uomo Vogue, Wallpaper*, The Guardian Weekend, Telegraph Magazine and Rolling Stone. His advertising campaigns for Caterpillar, Camper, Diesel and Air France have earned him several prizes. He was nominated for the Prix Dialogue de l´Humanité at Les Recontres d´Arles in 2005.

Ruíz is the author of two publications: People, published by Chris Boot Ltd in 2006 and Clinic, by Images en Manoeuvres Editions in 2008. Currently, he is developing The Factory of Dreams, a project on Latin American telenovela soap operas filmed in Televisa Studios in Mexico City. Part of this series has been exhibited at the Globe Gallery (New Castle, UK), Open Eye Gallery (Liverpool, UK) and the Instituto de México á Paris (Paris).

ALESSANDRA SANGUINETTI
Alessandra Sanguinetti (United States, 1968) was born in New York, grew up in Argentina and currently divides her time between both countries. In recent years she has developed two works on a remote farm in Argentina. In the first, she portrays adolescence, a phase when children begin to acquire certain behaviors, mannerisms and situations like those of adults. In the second, she explores the relationship between men and animals in scenarios and everyday details that show the constant presence of life and death in the countryside.

Sanguinetti has received the Guggenheim Foundation Fellowship and the Hasselblad Foundation Grant. She was awarded the Rencontres d’Arles Discovery Award 2006 and was nominated to become a member of Magnum Photos in 2007.

Her first book, On the Sixth Day, was published by Nazareli Press in 2006. Her photo essays have been published in The New York Times Magazine, LIFE and Newsweek, among other media.

STEPHEN SHORE
Stephen Shore (United States, 1947) is considered to be one of the key figures in contemporary photography for his use of large format cameras and color photographs in documentary works.

His images, which reflect everyday life in the United States through seemingly banal details, have served as inspiration to a generation of photographers.

He has been recipient of the Guggenheim Foundation Fellowship and the National Endowment for the Arts Grant.

He has published numerous monographs, including: Uncommon Places; The Gardens at Giverny; Stephen Shore: Luzzara; The Velvet Years, Andy Warhol´s Factory, 1965-1967; Stephen Shore: Photographs, 1973-1993 and American Surfaces, 1972. He is author of The Nature of Photographs, an essay published by Johns Hopkins University about how photography works visually.

Since 1982 he has been professor at Bard College, where is now directs the photography program.

He is represented by 303 Gallery in New York and Bill Charles Agency. He is a regular contributor to W Magazine.

NEIL STEWART
Neil Stewart (United Kingdom, 1974) is one of the most current artists in fashion photography. Known for his energetic advertising campaigns, the photographer endows his outdoor images with feelings of freedom and adventure, combined with a tremendous technical precision. His unique, characteristic style and broad scope have established him as one of the most featured members in a new generation of photographers.

Stewart began to work in London in the field of fashion editorials, but soon came into contact with numerous clients who allowed him to develop more personal and ambitious advertising campaigns. Featured among them is the campaign he created for Tretorn, serving as one of the best examples of his style. He currently lives in London and New York, where he continues to explore the possibilities of photography and the moving image.