The Visual Gallery at photokina 2008 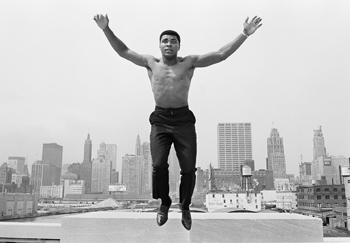 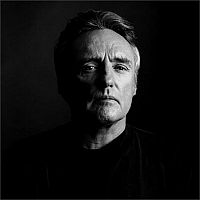 From September 23 to 28, the Visual Gallery will once again be presenting the best work of internationally known photographers as well as award-winning young artists at photokina, the world's leading fair for the photography and imaging industry. The event will feature a special reunion of sorts, as Thomas Höpker will display highlights from his distinguished career as a photojournalist. Höpker received two awards in photokina's "Jugend photographiert" (Young Imaging Days) competition back in the 1950s, when he was still in his early 20s. In 1958 Höpker, who now lives in New York, took part in photokina's "Deutsche Bilderschau" (German Photo Review). Further highlights at the Visual Gallery will include exhibitions from Dennis Hopper, Nina Berman, Holger Mühlenbeck, Mercedes Barros …

"Easy Rider" Dennis Hopper at the Visual Gallery
The "top act" at this year's exhibition will be photographs by the U.S. actor and director Dennis Hopper. Long before he made his international breakthrough in 1969 with "Easy Rider," Hopper had made a name for himself as a photographer. Between 1961 and 1967 Hopper documented the turbulent scenes of a new era with impressive images of the U.S. civil rights movement and created numerous striking portraits of the young stars of popular art from his own generation. The exhibition includes portraits of David Hockney, Jasper Johns, Roy Lichtenstein, Claes Oldenburg, Robert Rauschenberg, James Rosenquist, Ed Ruscha, and Andy Warhol.

"Purple Hearts" and "Marine Wedding" – Photographs by Nina Berman
The political magazine Cicero will exhibit in its gallery area contemporary documentary and press photographs as a way of honoring the importance of political images in our culture. Cicero's exhibition in the Visual Gallery 2008 will present American documentary photographer Nina Berman's moving series "Purple Hearts" and "Marine Wedding," both of which feature portraits of U.S. soldiers wounded in Iraq. The photos will be accompanied by quotes from the soldiers. Only a few of these are political in nature, but together with the images themselves they say more than any political debate.

"Changing Sides" by Holger Mühlenbeck
Wuppertal-based photographer Holger Mühlenbeck will present an exhibition entitled "Changing Sides" that features portraits of transsexual, bisexual, homosexual, and heterosexual people who have either undergone a complete or temporary sex change, or else live with an undefined sexuality, but have yet to take the step of a sex change operation. In his work, Mühlenbeck presents people who remain invisible and unknown in daily life. However, their "transcendent" transformation has allowed them to rid themselves of their insecurities and replace them with confidence, openness, and a lust for life.

Photographs from the U.S. Civil War
The U.S. Civil War was one of the most devastating conflicts of the 19th century. From 1861 to 1865, more than 600,000 people died in the struggle between North and South. The Civil War was not only the first "modern" war, in which railroads, ironclads and submarines were used, it was also the first conflict to be comprehensively documented in photographs. Soldiers had their pictures taken so that their friends and relatives back home would have something to remember them by. At the same time, pictures of their families accompanied the soldiers onto the battlefield. The Civil War also marked the first time that courageous photographers like Mathew Brady, Alexander Gardener, and Timothy O'Sullivan moved from battle to battle to take pictures. The results were not just images of death and devastation, but also pictures of daily life in a grim war. Of the innumerable photographs taken, around 7,200 original plates are still kept in the Library of Congress in Washington, D.C. A s election of the best pictures will be exhibited this year in the Visual Gallery.

Olaf Martens – Fragments
Olaf Martens' photographs tell stories — stories that come from a great variety of sources. His work combines sober lighting and cool eroticism to create an intense and artificial atmosphere, all the while maintaining a playful, elegant light touch. Martens' most recent works were inspired by the dystopia depicted in the dystopian science-fiction classics 1984, Brazil, and Metropolis.

Mercedes Barros – "Urban Images"
For Mercedes Barros, the modern urban jungle isn't just a metaphor, it's reality. Barros was born in Rio de Janeiro and grew up in Pantanal, not too far from the Amazon River in central-western Brazil. She studied photography in Boston and then later in New York, before moving to Cologne in 1986. In 2002 she moved back to Rio de Janeiro, to the legendary district of Ipanema, where she still lives today. At the 2008 Visual Gallery, Barros will exhibit large-format photos reworked on a computer and presented as surreal collages that often tell alarming stories. In this way, Barros addresses the dilemma she herself has faced with regard to the promise and hope — but also the horror — held out by today's modern cities. The photos and collages reflect the broad range of experiences the artist has had in these contradictory worlds.

BFF to present "old timers" and "young Turks"
The German Association of Freelance Photographers (BFF) will contribute exhibitions of works by two photographers to the Visual Gallery this year. Thomas Höpker will display highlights from his photojournalistic career, ranging from a portrait of the young Muhammad Ali to the events of September 11, 2001, while world-famous style and fashion specialist Esther Haase will exhibit photos of senior citizens dressed up in outfits designed by punk-fashion pioneer Vivian Westwood. Additional highlights will include interpretations of the "Brave New World" theme by BFF professional photographers and specially created photos by young BFF members on the topic of "Luxury." The top-class photographic art exhibitions will be rounded out by master's thesis works from outstanding photography school graduates.

This year's Visual Gallery curator will be Gérard A. Goodrow. Juliane Rückriem will organize the event. Admission to the Visual Gallery will also be free for visitors in 2008.