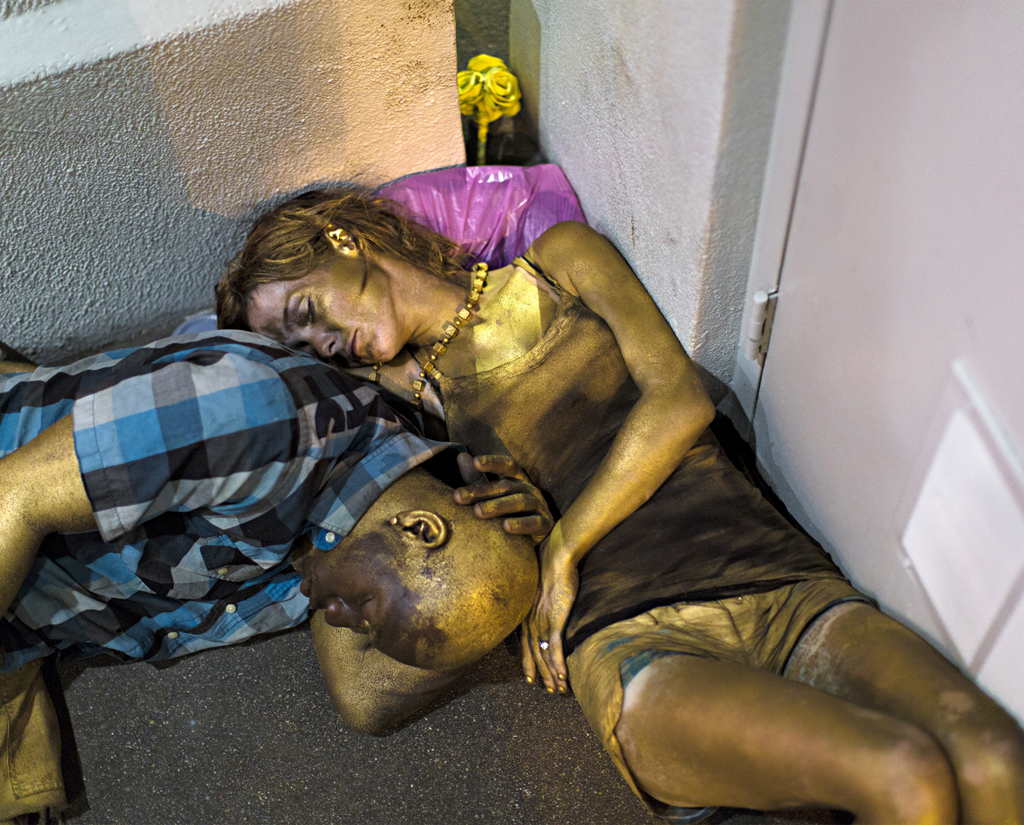 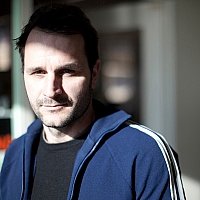 Christian Lutz (Geneva, 1973) trained in photography at le 75, Brussels’ School of Image Arts. His approach is based on the scrupulous observation of dynamics in our society, focusing on topics such as political, economic and religious power. The recipient of many prizes including the Grand Prix Images Vevey 2009/2010 for his series tropical gift, Lutz’s work is exhibited the world over and is the subject of numerous publications. In the context of Festival Images Vevey 2016, Christian Lutz presents no man’s land at Theatre Vidy- Lausanne until 3 December.

From 2011 to 2014, Christian Lutz made several trips to Las Vegas to create his series Insert Coins. “A kind of evidence drove me to Las Vegas. When I first went there, we were in the midst of an economic crisis and I had read at length that the crisis had originated in the U.S., whose economic system appears to remain the standard in Europe. 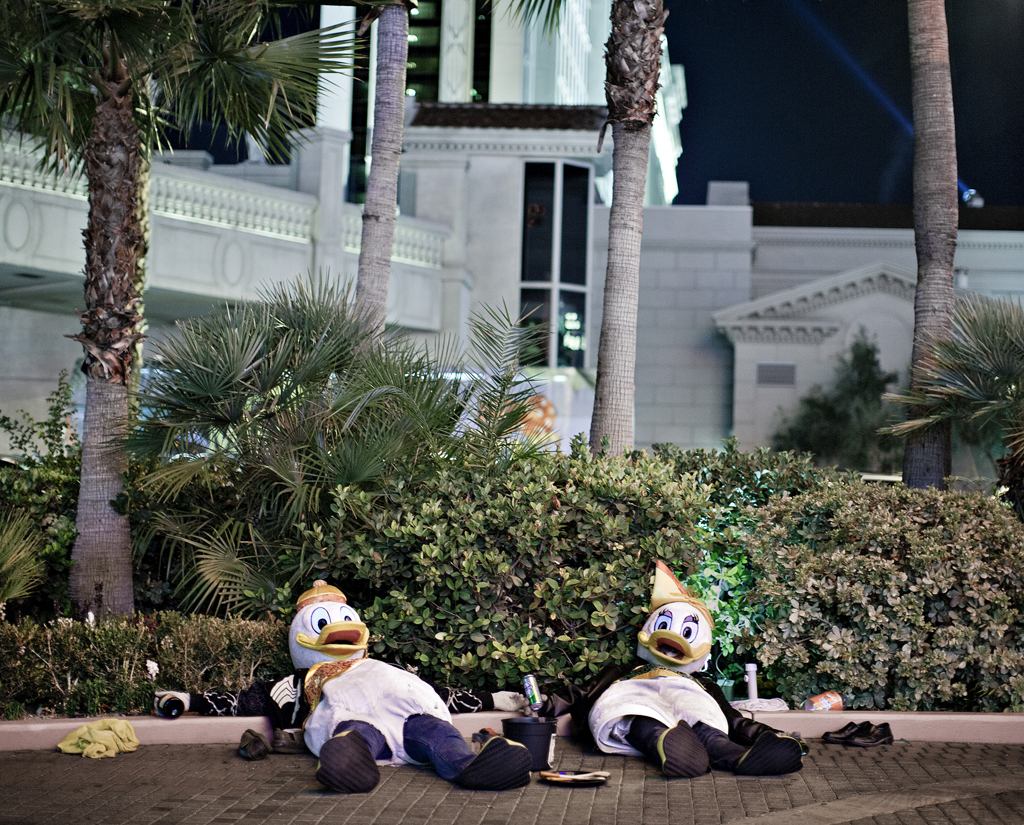 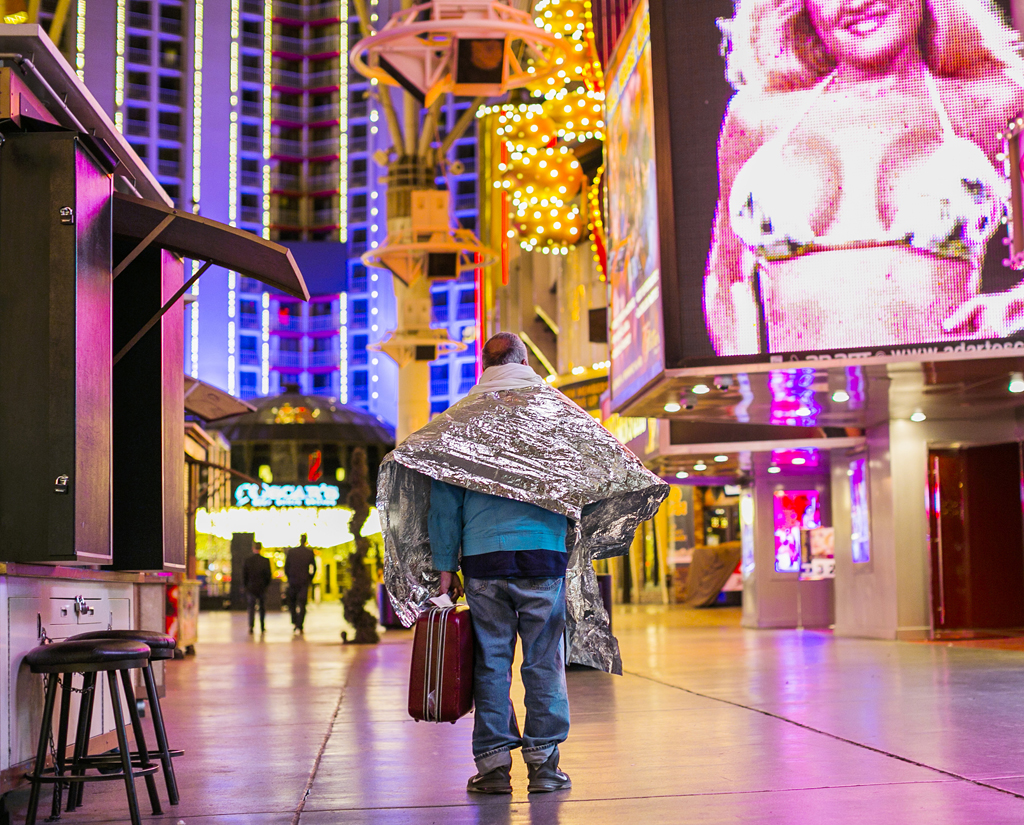 I felt the need to face this iconic place, this factory of illusions and symbol of U.S. entertainment, to go beyond the lights of a toxic system of values.” Las Vegas is one of the main tourist attractions in the United States. A city where everything is possible, a city of glitter, ultra-liberal, home to the largest casinos in the world, with fanciful and monumental architecture. And yet Las Vegas is also a major crime and prostitution centre. Crazed figures under blaring lights, drunk partygoers sleeping on the pavement, dressed up homeless people hoping to catch a few coins and vague Elvis Presley lookalikes: This gallery of portraits depicts social outcasts, the excess and extremes of an anomic society, and the illusions and disillusions of individual fates.

The photographer was transfixed during his multiple visits to the city that never sleeps. His acute observation strips the varnish from artificial delights, showing isolated beings, spat out of carnivorous casinos in a silent crash. Everything seems possible here, especially indifference. Lutz’s series, Insert Coins, was the subject of a book published by André Frère in May 2016 and his work is also exhibited at the Lianzhou Foto Festival in China.