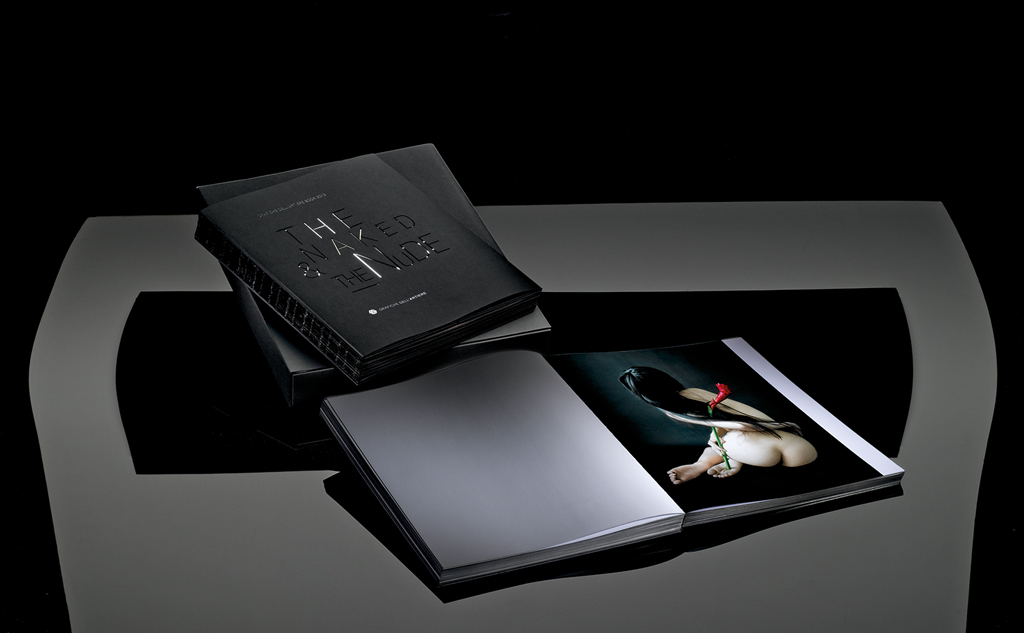 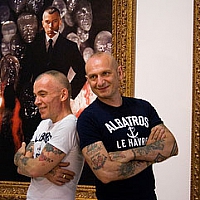 Printing well is an art.

For Grafiche dell’Artiere it has been a vocation: the main objective for over 30 years. Founded in 1977 by  Gianni and Patrizia Gamberini, Grafiche dell’Artiere has grown into a truly unique reality in the Italian graphic business world, thanks to its continuous research for quality and new printing, paper and binding solutions. Its secret comes from the name: Artiere, a single word combining the artist’s sensibility and the craftsman’s ability. A modern figure, who uses technology and new printing techniques to improve constantly the quality of its works. Right from its inception, Grafiche dell’Artiere has been a ‘human scale’ business, a structure where each operator is motivated by the passion for printing and each production process, from the simplest to the most complex, is embraced by everyone with maximum effort and enthusiasm, and is taken care of until final delivery, with accuracy and attention.

Grafiche dell’Artiere’s work stands out for its sensitivity and attention to color, as well as its care in choosing papers and other special supports: the prime goal is to provide an efficient, complete service (as well as technical consulting), with utmost respect of delivery deadlines. An all round service that allows Grafiche dell’Artiere to look beyond printed paper: from prepress to press and final packaging. Grafiche dell’Artiere produces print material for advertising campaigns, photography and art books, literary publications, monographs, catalogues and high-end magazines, display posters and all sorts print products, thanks to its professional expertise and effort, which allowed it to obtain prestigious and several awards, at both national and European level. Among the prizes awarded, the “Trophée de la Passion Idéal Arjo Wiggins” in 1992, first prize for the best Italian printing, and the “5th International Ideal Premier Trophy” in 1999, first prize for the ‘special effects’ category in Europe. On October 14th, 2004 the national prize “La Vedovella 2004” for the ‘best print quality’ was awarded to Gianni Gamberini: the prize was instituted in 1987 with the intent to award a prize to technicians and businessmen, who reached the top of the professional expertise in the offset printing business. In 2006 and 2007 it ranked first at the Fedrigoni “Top Applications Award” for the best paper converting product; in 2006 Grafiche dell’Artiere received also the first prize for the best printing from the important international association “CMYK” while, in 2008, it won the first prize in the contest “Golden Prisma Award” for the best photo calendar. In 1998, furthermore, Grafiche dell’Artiere was one of the fi rst Italian companies to obtain the ISO 9002 quality certification and, in 2001, it obtained the ISO 9001:2000. In 2010, was added, among others, the FSC certification.

Grafiche dell’Artiere’s goal is the customer’s satisfaction, which is obtained with efforts and study, as well as the use of the most advanced technologies and the research of new means and supports. In fact: the curiosity, the attention to the novelties and innovation, the continuous investment, the use of technology in order to improve technique and the printing quality mark Grafiche dell’Artiere’s spirit, without failing to mention the tradition and art of the past. The founder of the company and his collaborators are always willing to offer technical consulting to customers, agencies and graphic firms to realize and enhance always different and complex projects. This is why Grafiche dell’Artiere created within the framework a Research and Development Department, where are tested special techniques to print on all kinds of paper (laminated, frosted, metallic) and on particular materials (plastic, silk, canvas, imitation leather, rubber, magnets, lead alloy) using, if needed, glossy and matt UV varnishes, photosensitive and heat-sensitive inks and scented inks. 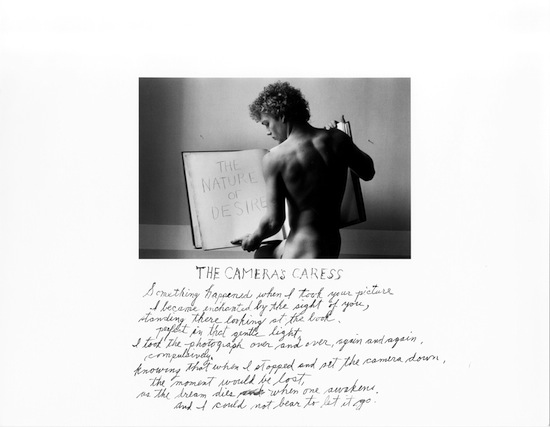 The experimental works by Grafiche dell’Artiere referred to as “Project” are characterized by the extremely high level of skill and expertise involved in the making of the finished product. This year, the Project series has reached its 10th edition, with Project No Ten.

In order to lend these works a definite character, the last eight editions were all produced by the same project team, which is made up of: prominent international curator Peter Weiermair, who chose the subject and the images included in the work; designers Gianni Giulianelli and Maddalena Gracis, who created the work’s concept with great sensitivity and elegance, trying to reconcile the needs of the curator and of the artists with the technical requirements of the production; and finally, the whole staff at Grafiche dell’Artiere, in which every department always comes up with additional, innovative ideas and hints - which is what has made these Projects so special.

For Project No Ten we chose to tackle the most classical, and at the same time most modern, of printed products, the book. We strongly believe that, in the future, books will continue to hold their place in the varied landscape of new media, but they will have to reinvent themselves, drawing inspiration from the past.

This product is meant to encourage reflection on the way books will be made in coming years. We chose top quality materials, using natural papers with a high-cotton content, to make sure they remain unaltered throughout the years. The pre-printing, printing and binding techniques were tweaked to enhance the concept and design of the creative team. All this was made by a company which, throughout the years, has worked to reduce its impact on the environment while harnessing the best in scientific and technological innovation - and by a team made up of strongly motivated people who truly love their job.

A heartfelt thank you to all the people who have contributed to the production of these first, wonderful ten Projects. 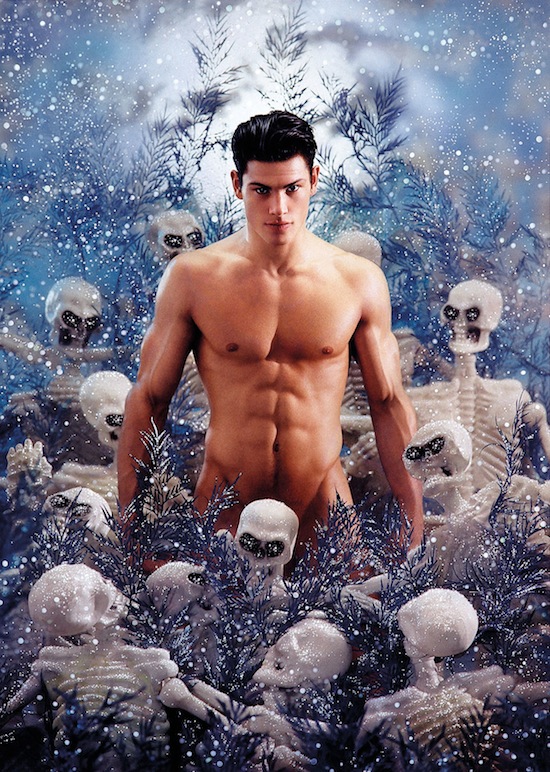 The naked human form is among the favourite and most traditional subject in visual arts and one of its principal iconographic categories.
For three thousand years, since the Venus of Willendorf, we have known the depiction of the naked human figure. Sir Kenneth Clark dealt with the history of the unclothed human in a seminal work on the history of art and culture, The Naked and the Nude, which I borrowed the title of this text from. In English the distinction between the unclothed body (naked) and the artistic expression (nude) is much clearer than in other languages. In photography, which took over some of the contents of painting and sculpture, the depiction of the human figure, be it female or male, is very popular too. Photography in all of its detail and precise accuracy frames human nudity more directly than the idealized classical forms in painting and sculpture.

Since the middle of the nineteenth century, photographers sought for,
and found, reasons for justifying nakedness. They provided the painters with studies, while also catering for those who were motivated by
nothing but the desire of looking. Dance and sport, just like natural scenery, were opportunities for seeing the human figure out of its wrapping, and for capturing it. Towards the end of the century, scientific and ethnological interests, on the one hand the motion studies of Eadweard Muybridge, on the other the protocols of exotic nakedness, fascinated observers, just as the homoerotic, staged pictures from the turn of the century by Wilhelm von Gloeden did, referring for justification to antique motifs, or the unglorified nudes of Photosezession. In the twentieth century, the photographic nude played a central role in the works of modernist, avantgarde and surrealist artists.

The works from the immediate present – I gave preference here to the classic, mostly frontal nude – are the fruit of the achievements of a time of political change, when the naked body became the canvas for new ideas of gender identity and sexuality, from the revolutionary nineteen-sixties to the arrival of Aids in the nineteen-eighties. The nude portrait reconciles the depiction of the face, i.e. the portrait, to the body, while the self portrait also is a self-questioning and an enactment of patterns from the past, that could be taken from painting as easily as from photo history. The 72 artists assembled here, from the United States and Europe, but also from India, Japan and China, avail themselves of very different aesthetic strategies, from the documentary image to the perfectly choreographed scene. Erotic and sexual motives play as much of a role in their work as do the idea of beauty and the formulations of an up-to-date body language and contemporary body image.

Georges Bataille, in the context of his reflections on eroticism, speaks of the role of shame, both on the part of the model and the one taking the picture. Let us not forget that in the dialogue between model and photographer two elementary modes of human behaviour are coming to the fore, of the one who likes to be looked at, to exhibit, and the one who likes to look and who documents this process. Shame – which, as the Bible tells us, is connected to the guilt of original sin, "and they knew that they were naked" – according to Bataille is also subject to time. Much of what the images in the book show could not have been shown in this manner some years ago, just as Egon Schiele's watercolours originally could not be shown publicly. The book follows a very careful structure, both as far as the grouping of the pictures and the combination of quotes from poets, philosophers and artists are concerned, themselves dealing with the subject of nakedness. 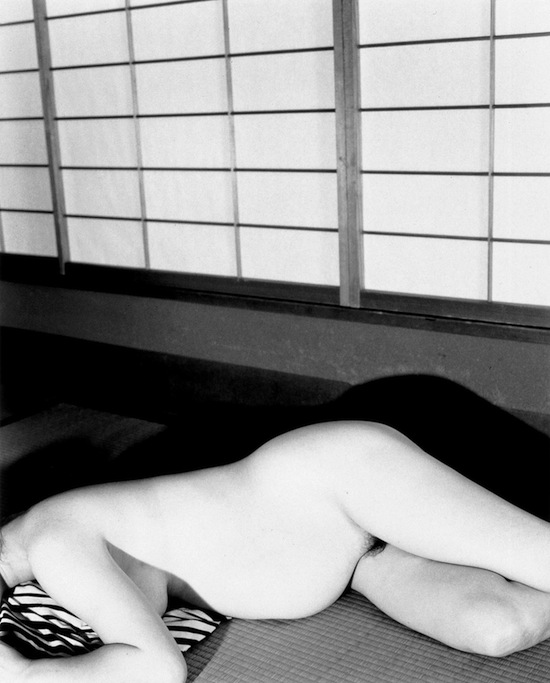