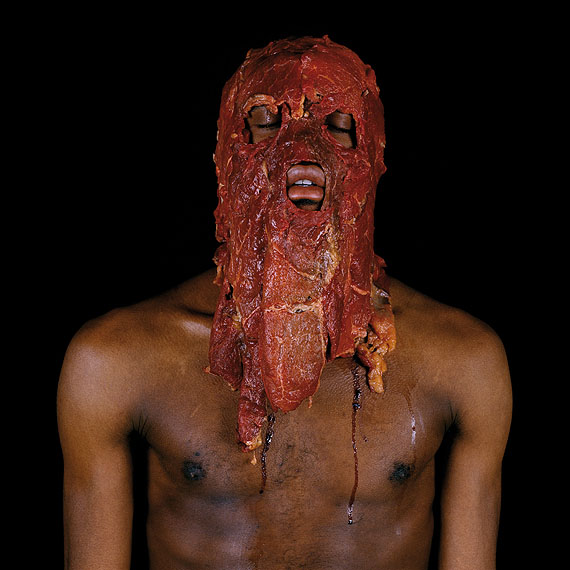 In the spring of 2011, the FoMu is set to stimulate more than just the eye: Three photographers approach 'food' in an entirely singular way. Tony Le Duc (B) has dramatically changed our way of looking at gastronomy through his innovative photographs in cookbooks and culinary magazines. The FoMu shows his extensive body of work that spans no less than 25 years of food photography. To strengthen the supportive base of his photographic efforts, FoMu presents a historical overview of the illustrated cookbook.

In the 'Skulls' series Dimitri Tsykalov creates symbols of vanity in which he combines skulls with ripe fruit, as a contemporary interpretation of the still life (nature morte). The concept of impermanence already present in ‘Skulls’, is taken to the extreme in the series ‘Meat’. The 'Meat' photographs take the nature morte almost to its extreme. Tsykalov brings guns to life with dead flesh. This dead meat is held by a man, a man who is seen as living flesh. But for how long? The living flesh starts to die while the dead flesh comes to life.

Valérie Belin (FR, *1964) selects her often banal objects on the basis of their photogenic qualities and expressive tension. All subjects are uniformly portrayed: very detailed, in their entirety, in frontal view, with dramatic lighting in front of a neutral, monochromatic background. The items are photographed in such a way that they seem to lose their status of "thing". The seemingly simple images exude an air of immense complexity. Belin ingeniously plays with the tension between representation and reproduction, surface and volume, Minimalism and Baroque. Her focus lies on matter and light, on the quiet presence of the object that is brought out through photography.