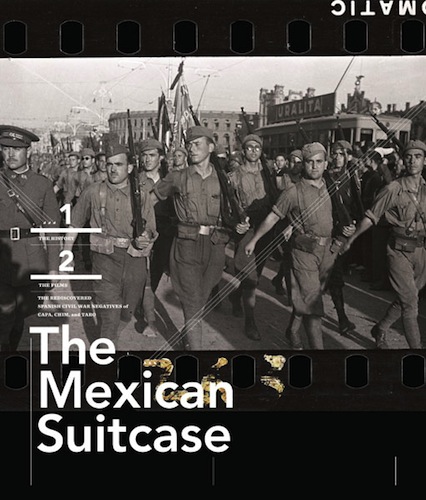 Lost since 1939, the Mexican Suitcase contains nearly 4,500 negatives documenting the Spanish Civil War by Robert Capa, Chim (David Seymour), and Gerda Taro. These films had traveled from Paris via the south of France to Mexico City, where, almost seventy years later, they were recovered and now reside in the collection of the International Center of Photography. This material not only provides a uniquely rich and panoramic view of the Spanish Civil War, a conflict that changed the course of European history, but also demonstrates how the work of these legendary photographers laid the foundation for modern war photography. Published throughout the international press, their innovative and passionate coverage of the war was both engaged and partisan. While overtly supporting the antifascist Republican cause, their dramatic photographs vividly recorded battle sequences as well as the harrowing effects of war on civilians. Equally compelling are the stories of the photographers themselves as revealed through their images: the dashing Capa, the studious Chim, and the intrepid Taro, who died tragically in 1937 during the Battle of Brunete. This is the history of three young people and the ties -- personal, political, artistic -- that bound them. In late December 2007, three small cardboard boxes arrived at the International Center of Photography from Mexico City after a long and mysterious journey. These tattered boxes - the so-called Mexican Suitcase - contained the legendary Spanish Civil War negatives of Robert Capa, Gerda Taro, and David Seymour (known as "Chim"). Rumors had circulated for years of the survival of the negatives, which had disappeared from Capa's Paris studio at the beginning of World War II. Together, these roles of film constitute an inestimable record of photographic innovation and war photography, but also of the great political struggle to determine the course of Spanish history and to turn back the expansion of global fascism.

The two-volume publication The Mexican Suitcase accompanies a major exhibition at the International Center of Photography opening in September 2010. The catalogue features essays by Paul Preston, Simon Dell, David Balsells i Solé, Michel Lefebvre, Bernard Lebrun, Brian Wallis, Cynthia Young, and Kristen Lubben, as well as a complete reproduction of the 4,500 negatives in the suitcase.