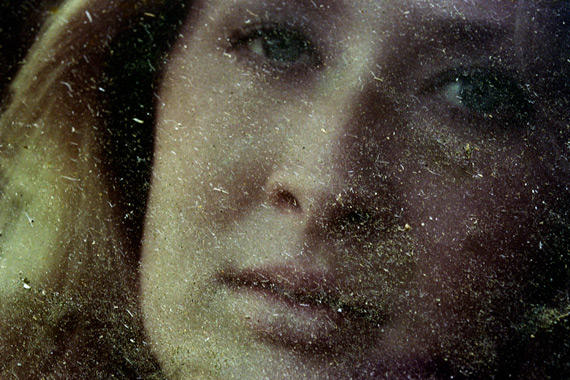 The Ecotone exhibition brings together 7 artists of different generations and backgrounds to explore the theme of "betweenness" the transient nature of things, migrations, dualities, confluents, yet also the intrinsic para dox of photography itself in terms of its positioning in a world between reality and construction.

Ecotone takes its name from ecology, where it designates an intermediary zone between two natural systems, transient or at odds with each other, characterised by a high density and diversity of species, often unexpected or astray. The term derives from the Greek "oikos" which refers to the habitat and "tonos", meaning tension. Ecotone undoubtedly refers to this ecological dimension, but furthermore, it serves as a receptacle to speak to us more broadly of moments in which living milieus are in mutual tension. The exhibition explores multiform universes, diversified approaches, blurring the frontiers between conceptual and documentary works, varying the degree of proximity and distance, blending anecdote and history.

The Blue Room by Eugene Richards portrays the instability of this in-between by way of visual tales of abandoned houses gathered over the course of his travels through rural America (Nebraska, Arkansas, North Dakota,...). A spatiotemporal road movie in which backdrops of abandoned lives become a visual poem on the transient nature of things: a bed covered with snow, a staircase to nowhere sitting in the middle of a garden, a lipstick stained cigarette butt... Or his portrait of a woman, whose melancholic gaze seems to be dissolving along with the decomposition of the paper on which it is printed, an image both seductive and disquieting. Inhabited by absence, things seem to hover - between a bygone, former life, and something else, as yet unknown, to come.

Justine Blau's landscapes speak of voyaging and the imaginary yet here on a more conceptual register. Her landscape models, meticulously put together from images gleaned off the Web, invite us to discover a fictive space. While by definition the model sketches what exists or will exist, here it materialises the concentrated illusions generated by the Web, thus confronting us with the question of representation- a continuous imbalance between an existing thing and a constructed whole, between the original and its translation, between the familiar and the unknown. Somewhere Else also evokes the vain search for the exotic and an elsewhere in a globalised world now shrinking as it is explored via Google Earth from a laptop - somewhere and here, a ubiquity in which the moment seems to constantly escape the place and vice-versa.

Notions of landscape and representation also lie at the heart of Roger Wagner's work. At first sight, the work suggests a natural environment that is "remote" and untouched, but the caption and its title Heysel-Brussels just as soon refer the shooting location to a contemporary urban space. Underlying notions of the sublime and the picturesque which surface for a brief instant are deceptive; the possibility of an Eden brought into tension by the unexpected coming together of the natural world and the urban, by re-localisation and context. By way of its large format and technical perfection, Heysel-Bruxelles unfolds like an area of contemplation on the aesthetic genre that lies between natural space and cultural construction, mirroring the conceptions and preoccupations of an epoch.

By way of a photographic approach which lays deliberate claim to slowness, in opposition to the accelerated pace of his time, Nadav Kander recounts the mutations of an environment and its agglomeration, from the perspective of China's longest river, the Yangtze. The atmosphere of silence and uniform tonality, the wide shot, the studied composition, lend these landscapes a surreal quality - the protagonists seem to be moving detachedly through a vast space, like figures in a super-sized mock-up. In the moment of shooting, time seems to be suspended in a simultaneous presence of past and future, between tradition and progress. The lack of anchorage is palpable, the euphoric growth of a new era progressing at a dizzying pace against a backdrop of almost biblical proportions. A drone of anxiety seems to pervade these images like a kind of background noise: we waver between their intriguing beauty, the threat of an unbalanced ecological reality and the gradual evaporation of memory.

In stark contrast to Nadav Kander's painterly and constructed photographic universe, Jim Goldberg has been experimenting for many years now with a very personal and hard-hitting visual language. In Raised by Wolves, he combines objects, handwritten texts by the subjects themselves, and family snapshots to mirror- via an aesthetic of urgency - the state of need of these runaway teenagers whose everyday survival he has set out to document.
Raised by Wolves, also portrays the often destabilising transition from childhood to adulthood, the spirit of rebellion, the clash with oneself and society, with regard to which teenagers must define themselves. The gaze of these street kids bears witness to the more sordid sides of society: the question of social difference, of exclusion, of the established order, of dysfunctional families and of the limits of consumer society and the American dream insofar as they leave no room for other dreams apart from those endlessly played out by the mass media.

FRINGE THINGS [AGAINST EMPIRE], by Gast Bouschet and Nadine Hilbert, plunges us into a captivating acoustic and visual universe by way of a recurrent artistic iconography in their work: a night- blue-hued atmosphere, references to the animal world, the blurring of spatial bearings between the micro and the macroscopic, the play of correspondence between the fixed image and images in movement. In their installations, the world seems to quiver in the expectation of a sudden toppling or just after a collision. Spider webs weave in an autistic space and touch upon existential questions, balances of power between dominator and dominated -reflecting the geopolitical situation of a world in constant movement.

The in-between, the guiding thread of the exhibition, is a notion which seems to really engage artists. Whether we call such betweenness grey areas, fringes, passages, confines, limits, transitions or antipodes, it is a positioning which enables reflection upon the variable constellations that characterise the current world context, a questioning which favours analysis of the complex relations between things, the dynamic instant, the facets and the strata, rather than univocal affirmation.

Ecotone speaks to us of discontinuity, between end and starting point, known and unknown, a dualistic sentiment symptomatic of the uncertain spirit of an age; in the wake of utopias and ideologies, a vacant lot alive with tensions, complexities, paradigms and ruptures.