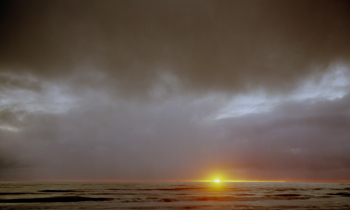 Contemporary conceptual art has, in recent years, been experiencing a cyclical upturn. Accordingly, in 2006 Camera Austria, with the exhibition "First the artist defines meaning", presented works by a younger generation of artists who were founding their work on conceptual reflections. Evident here was a fundamental relationship of ambivalence – between image and idea, between the visible and its representation, between methods and meaning – that invited more intensive reflection on this ambivalent relationship as explored through the current (follow-up) project. After all, the title "Then the work takes place" phrases the completion of Dan Graham’s sentence as stated in the context of deliberations on Sol LeWitt, which references the traditional narrative of historical concept art: the focus lies on the primacy of the idea vis-à-vis the work. Precisely this primacy of the idea vis-à-vis the work, of the conceivable and expressible vis-à-vis the sensible, forms the crux of the explorative questioning by the exhibition "Then the work takes place". The title (in accentuating the work) already signalises that the images take centre stage as specific aesthetic occurrence and manifestation, that they are not simply pursuing the idea but rather countering the language and the argument – that they are therefore occupying a space in which thought, perception, recognition, experience, and knowledge are brought into new interrelatedness.

Sharon Lockhart’s "Enrique Nava Enedina: Oaxacan Exhibition Hall, National Museum of Anthropology, Mexico City" is an example of this – in minimal shifts of the camera angle the actual act of seeing is explored. In all three exposures the artisan mentioned in the title is staring at us without expression. Here Lockhart is projecting the view back to the recipient and is questioning, with the respective photographic immobilisation of her human subject, the meaning of constitutive moments of vision and the conceptions of photographic representation that are thus made possible.

Sharpness of image, neutral lighting, and ostensibly "objective" camera positions are among the formal characteristics of photographs by Christopher Williams. Taking up the pictorial language of product photography, he portrays in his works the ultra-precisely photographed objects in front of a variable background just as openly as he leaves it up to the viewer to determine what is actually meant to be shown or demonstrated through the motifs. Hence, in Williams¹s case photography is likewise negotiated along a margin between vision and meaning.

Marine Hugonnier also thematically investigates through her photography the precarious relationship between exhibiting, seeing, and knowing: in her series "Towards Tomorrow (International Date Line, Alaska)" she directs her view from a ship out across the date line towards Siberia. Thus, visible in these images is simultaneously too much and too little: the sea, picturesque cloudscapes – and the non-depictable date line, the invisible land beyond the horizon. Ambivalent snapshots are created where present and future coincide.

Jean-Luc Mylayne’s carefully composed image formations are solely dedicated to the protagonists of his images: birds. In facilitating their arrival in the image, Mylayne prepares everything to ensure that the equipment remains completely stationary until a bird happens into the picture. Mylayne sets up misleading tracks, with our view remaining trained on a vague and yet vacant point of focus, since the bird will randomly chance "somewhere" into the picture. His works also move along the periphery of documentation, aesthetics, and meaning production.

If Bas Jan Ader in the 1970s thematised – beyond an aesthetic of documentation typical for conceptual art – the artistic individual and its personal failure, as such having become a central figure for a younger generation of conceptually oriented artists, then Hans Schabus with the photographic measuring of his face according to particular objective criteria can be considered to be ensconced precisely in this context between objectification and individualisation that has so decisively influenced the debate of the past years.

Concepts of individualisation and failure similarly accompany the photographic work "The Morning of the Magicians" by Joachim Koester. The series references the failure of the commune founded by Alastair Crowley and Leah Hirsig in 1920 in Cefalù on the island of Sicily. In pursuing his photographic images, Koester touches the realm between topographical documentation and carefully designed image constructions. In the process, the images remain full of gaps, lack of knowledge, and implied contexts, thus gliding along the margins of documentary strategies.

During the year 2007, Peter Piller was given an opportunity to inspect the photo archive of the claims department at an insurance company. From more than half a million photographs, he selected sixty images, thereby engendering a completely new context. This way of working with the photographs illustrates the powerful play with unspoken meanings and formal conventions that accompany them and in which Piller intervenes in order to create a totally new narrative structure. Based on his contribution "Nimmt Schaden" (2007) to the exhibition "Then the work takes place" at Camera Austria, Piller will be lecturing on his approaches to working with visual material.

What level of visibility can be aroused where there is nothing to see? What meaning does this contradiction hold for photographic practice? What can be understood about this world through the showing of it? Does it become even more visible than visible? Perhaps the conceptual in contemporary photography is not embodied in a certain method but rather in a critical and contradictory relationship to the visual itself. Accompanying the works selected for this exhibition is a fundamental scepticism regarding the manifold framings of photography as a technique for viewing and showing. They almost seductively – though in no way romantically – stage a manner of crisis of the photographic image, which cannot be resolved since it is essentially inscribed therein.