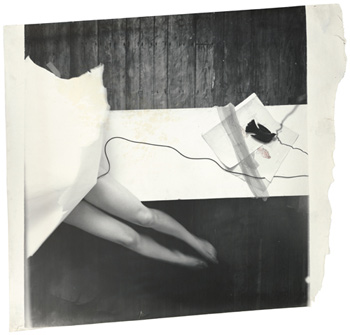 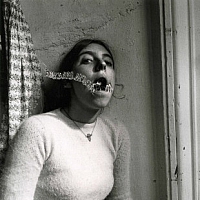 Co-produced with SMS Contemporanea, Siena and with the collaboration of the Estate of Francesca Woodman, Espacio AV presents Francesca Woodman. Retrospective. The exhibition features around one hundred photographs as well as her videos. Woodman's body of work comprises an archive of around 800 photographs made between the beginning of the 1970s until 1981, of which only about 120 have been exhibited. Francesca Woodman. Retrospective premieres a score or so of previously unseen photos which, alongside her works on video, make this one of the most representative exhibitions of the artist's work. First shown in Murcia, the retrospective will travel later to SMS Contemporanea.

Daughter and sister of artists, Francesca Woodman made her first photographic works at the early age of thirteen, entering Rhode Island School of Design (Providence) at the age of seventeen. There she received classes from such masters of modern photography as Aaron Siskind. With a heavily autobiographical bias, her photos use her own body or those of women friends in melancholic scenarios, rooms in which she portrays a sense of loneliness, the forlorn and the passing of time. More geared towards intimacy than spectacle, her work expresses unease, fear and anxiety, mining the absence of the body. Her whole work is underpinned by an anxiety to blend into her surroundings, to disappear and lose herself in scenes charged with loneliness while at once shining forth with an aura: the light at dusk, of sunset, of farewells and things ending. In the majority of her photos she is almost like a shadow, covered with peeling wallpaper, dust and rags, her face hidden, camouflaged as part of the furniture, blurred and out of focus. In these delicate images the meaning of the motifs and recourses, often culled from the history of art and more particularly from modern photography, undergoes a shift with the unsettling intervention of the artist's body and its relationship with its surrounding space and the almost fetishised objects therein to be found.

As often the object of her photographs as the subject "behind" the camera, Woodman's strategies distance her from other artists emerging in the seventies, like Hannah Wilke, Eleanor Antin or Ana Mendieta, for whom the photo was more a documentary register of their actions. While her work shows signs of an interest in the process and an exploration of identity and subjectivity as well as a certain performative component coupled with serial production and repetition, Woodman enacted scenes completely planned for the camera, keenly aware of the specificities of the photographic medium. Something which, in the view of one of the leading scholars on her work, Chris Townsend, "offers us a critique of those formal conditions that structure her medium. A comparable, and contemporaneous, practice would be that of Gordon Matta-Clark intervening in architecture; or that of Richard Serra in sculpture."

Francesca Woodman's early death at the age of 22 cut short a brief yet extraordinary intense career. The first retrospective exhibition after her death was organised in 1986, since when there has been a steady flow of new shows looking at particular aspects of a body of work that has been championed by critics like Rosalind Krauss and Benjamin Buchloh as well as artists from later generations.

Videotapes: Unlike other retrospectives of the artist's work, the exhibition on view at Espacio AV is also showcasing Woodman's videos. As Mieke Bal says in her text focused on this facet of her production for the exhibition catalogue, her videos "allude to subjectivity, its evasiveness and slipperiness … or the exuberant use of the 'first person'… without ever saying 'I'"

Catalogue: Coinciding with the exhibition, a profusely illustrated catalogue will be published featuring essays by Marco Pierini, co-curator of the retrospective, and by the critics and theorists Mieke Bal, Rosalind Kraus and Fernando Castro Flórez.