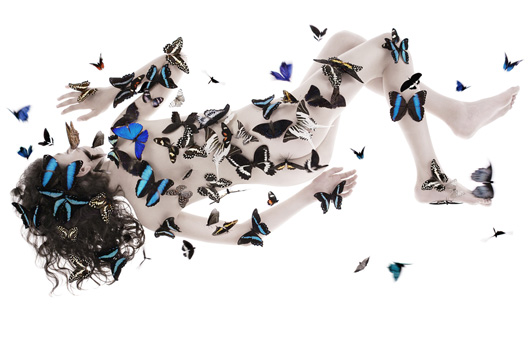 This is the first exhibition to offer an overall survey of Ursula Kraft's work - photographs, video installations and film projections by the artist, who was born in 1960 and has been living in Paris since 1988. It also includes documentations of multimedia performances and public installations, realised in collaboration with the artist group Argonaut, of which she is a founding member.

The comprehensive show in the Galerie der Stadt Sindelfingen presents the most important fields of Ursula Kraft's work on nearly 700 sqm. Additionally, a 96-page catalogue in English, French and German has been published.

Part of the exhibition will be on view in early 2009 at the Maison des Arts de Malakoff near Paris.
Before starting a new series of works, Ursula Kraft takes time for research; she not only considers visual categories, and questions mythological and iconographic traditions, but also looks at scientific, linguistic as well as psychological themes.

In her formally perfectly composed video and photographic works, Ursula Kraft puts an emphasis on the ordering capacity of series, which often bear repetitive, ornamental or choreographic features. Her most recent video work "Nymphalis antiopa" (2007/2008) - the Latin term for the butterfly more commonly known as Mourning Cloak or Camberwell Beauty - shows an elfish girl, covered and surrounded by a cloud of still and fluttering black fringed butterflies

The video work runs in an endless loop of extreme slow motion, long shots alternate with details of the butterfly-covered child's body. The body seems like a mysterious landscape, and the butterflies like bizarre, slightly eerie flying objects beyond time and scale. The fading in and cross fading in the video produces unreal moments: butterflies disappear or appear from nowhere, materialising and dematerialising with an almost hypnotic effect.

In their large, seemingly floating light-boxes, Ursula Kraft's photographic works hold moments balanced in their ambiguity between being terrifying and beautiful - and capture the state of endless sleep as infinite.
Excerpts from the catalogue text by Angelika Beckmann "Inner and Outer Space - Art vibrating between new media, the body and a search for identity", translated from German by Anna Stüler
From memory to dream, from dream to metamorphosis, from metamorphosis to tale, the question of the myths can be found through Ursula Kraft's works. In this piece "Emerentia" is like an initiatory course which re-animates ancient memory.

The young girl dressed with red cape and hood, goes along from one picture to the other; she is the link, the thread of life; sometimes hidden in the forest and in symbiosis with the elements here she is lying down on a snow bed, whereas, farther away, it appears as a distant purple spot, or still, here she is completely still, like a statue, shot in the immensity of the spectacle of the nature.... This child's figure, alone, can be lost in the forest, and crystallises an archetype of our imaginary world.

The tales mix dreams and reality, fantasy and truth. They are fairytales or myths the founder of our existence is told about: the questions of origin, of loss, of virtue, of forbidding, of bravery make us consider these narrations as the first lesson of life, as a displaced reflection of the experience of reality. Thus, these sets of photographs by Ursula Kraft recompose a fiction, which is the result of a hybridizing of memories of childhood tales.

Between the imaginary and fiction, the tangible and intangible, between the perceptible and the imperceptible, consciousness and unconsciousness, between dream and reality, death and life, memory and oblivion, legend and experience, between intimacy and collective, Ursula Kraft tries to bring out these interstices, to unveil these cracks, these margins; to give a poetical metaphorical, sensitive and metaphysical meaning to what is often hidden and dissimulated in our material societies, perhaps because of the fear of the unknown and the irrational.