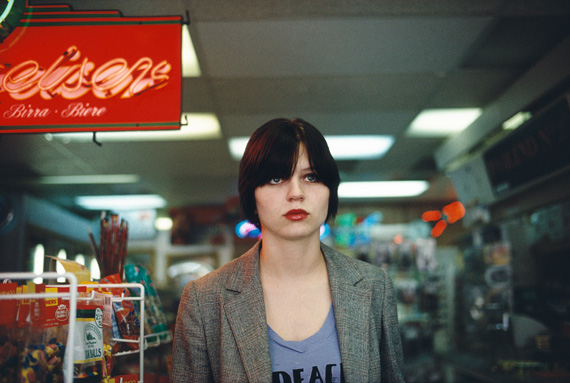 [La Vie Nouvelle] features a series of [...] photographs by French photographer Lise Sarfati. The photographs were taken in cities like Austin (Texas), Asheville (North Carolina), Portland (Oregon), Berkeley, Oakland and Los Angeles (California), New Orleans (Louisiana) and some small towns in Georgia. In each of these portraits, Lise Sarfati dramatizes the complexity of adolescent identity; within unfamiliar territory - both emotionally and physically - where the simplest of feelings become exalted and everything is lived with an intensity that adults will never again be able to feel. We are talking here of a kind of parallel reality, an interstitial territory which doesn't understand geographical spaces or political systems, which no longer belongs either to a completely real reality or to a consciously conceived fiction, but rather finds itself fed by its own rituals and codes of behaviour, where the dividing line between good and bad, happiness and sadness, innocence and perversity or reality and fantasy is extensively blurred.
F. Javier Panera