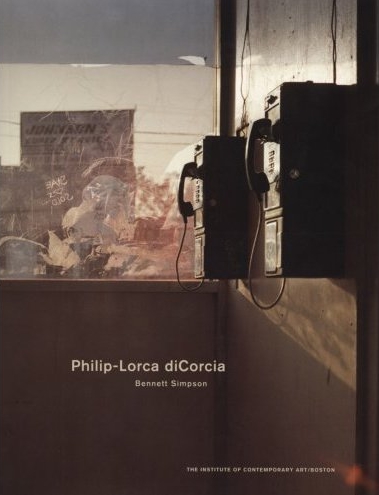 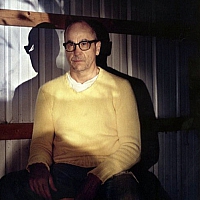 Philip-Lorca diCorcia is among the most innovative and influential photographers working today. For nearly 30 years he has explored the intersection of documentary style with cinematic production, making contemporary work that perches uncannily between the fictional and the real. This survey of diCorcia's career, from the late-1970s to the present, draws from the artist's most acclaimed series, including Hustlers, Streetworks, Heads, A Storybook Life, and Lucky 13. In work from the 1980s, diCorcia shows friends and family in domestic tableaux tinged with an air of mystery, working from the subject matter of his life but eschewing romantic intimacy for studied detachment and pitch-perfect detail. In the 1990s, he turns to the great American tradition of street photography. That swiftly-changing environment might have seemed unlikely for diCorcia's meticulous style, but it provided some of his best-known images, including those of male prostitutes and anonymous crowds of urban pedestrians. In more recent work, he has photographed erotic pole dancers, their bodies caught in contorted and seductive free-fall. The accompanying texts here include a piece by the New York writer and critic, Lynne Tillman, author of the acclaimed 2006 novel, American Genius, A Comedy.

About the Author
Lynne Tillman is a novelist, short story writer, and critic. Her fiction includes the novels Haunted Houses, Motion Sickness, Cast in Doubt, and No Lease on Life, a finalist for the National Book Critics Circle Award in fiction. Tillman's art and literary criticism has been published in Artforum, Frieze, Aperture, Nest, the Village Voice, The Guardian, Bomb, and The New York Times Book Review. She has written stories for the artists' books and catalogues of a variety of contemporary artists, including Kiki Smith, Juan Munoz, Jessica Stockholder, Barbara Kruger, Roni Horn, and Vik Muniz. Her most recent story collection, This Is Not It, appeared in 2002. Tillman's new novel, American Genius, A Comedy, will be published in October by Soft Skull Press. Philip-Lorca diCorcia was born in Hartford, Connecticut, in 1951. He received his MFA in Photography from Yale University in 1979. Published volumes accompany his solo exhibits at the Museum of Modern Art (Philip-Lorca diCorcia, 1995) and PaceWildenstein Gallery, New York (Streetwork 1993-1997, 1997; Heads, 2001; A Storybook Life, 2003). His work is included in the collections of the Bibliotheque Nationale de France, the Museum of Modern Art, and the Metropolitan Museum of Art, among others. He has been named a Guggenheim Foundation Fellow and has received multiple grants from the National Endowment for the Arts. DiCorcia lives and works in New York City. Bennett Simpson is Associate Curator at the Institute of Contemporary Art, Boston, where he has organized exhibitions with Kanishka Raja, Roe Ethridge, Paul Chan, and Sergio Vega. From 2002-2004, he served as Associate Curator at the ICA, Philadelphia, where his projects included solo exhibitions with Justine Kurland and Aleksandra Mir, as well as Shoot the Singer: Music on Video; The Big Nothing (co-curated with Ingrid Schaffner and Tanya Leighton); and Make Your Own Life: Artists In and Out of Cologne. Simpson has published essays and criticism in Artforum, Parkett, and Texte zur Kunst, most recently on the work of Christopher Williams, Bernadette Corporation, and Lucy McKenzie.