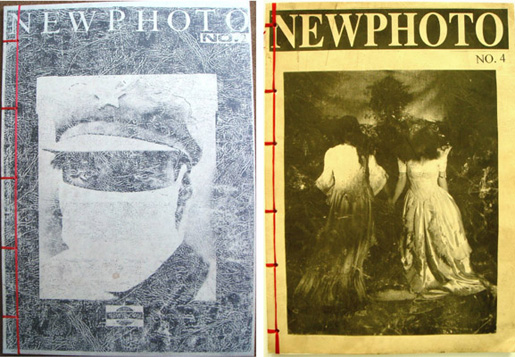 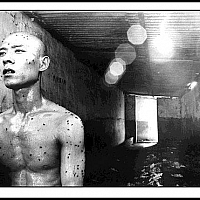 NEW PHOTO - Ten Years, a portfolio with 16 photographs and a complete facsimile reprint of NEW PHOTO, the seminal underground magazine and forerunner of contemporary Chinese photography.
In addition the exhibition features a media display of all 200 photographs published in NEW PHOTO, a reading room with the magazine issues and a new volume with specially commissioned essays and interviews with all artists.

A decade ago, when NEW PHOTO was published, the only means of producing it was black and white photocopying - Beijing's color photocopiers required unattainable permission to use. The erratic, limited edition publication schedule was dependent on its editors' ability to scrape up enough money.

"NEW PHOTO - Ten Years belongs to a new trend of rediscovering the early history of Chinese contemporary art", explains art historian and curator Wu Hung, who also wrote an essay for the accompanying publication. "China moves so fast - 10 years feels almost like a century, everything moves ..., so that the artists don't always think - they have instinct and ambition, but they need to think about what is Chinese contemporary photography."

"The process of looking back at NEW PHOTO", Karen Smith writes in her essay, "will be extremely instructive, ... guiding viewers towards a reflection upon how far photography has come since 1996 .... And in the light of the explosion in interest and production amongst the contemporary art community that emerged from the late 1990s, ... it may be suggested that these were inspired by the intriguing qualities the works featured in NEW PHOTO represented, and the possibilities they continue to imply."

NEW PHOTO - Ten Years comes with a complete facsimile reprint of the four magazine issues and a new fifth volume with interviews and statements by all 16 contributing artists and essays by Wu Hung, Karen Smith, Toshio Shimizu, Zhang Li and Christopher Phillips. Also included are artists' biographies and a chronology of major events in contemporary Chinese photography. This new volume is printed in a bilingual English and Chinese version.

The publication of NEW PHOTO - Ten Years coincided with the inaugural exhibition of the same title at the Three Shadows Photography Art Center, Beijing, last year which will now travel to the FotoFest 2008 in Houston, Texas, from March 7 - April 20, 2008.