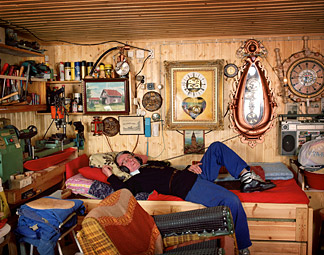 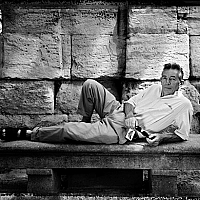 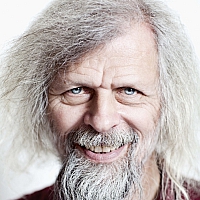 John Davies (b. 1949, UK) has been nominated for The British Landscape at the National Media Museum, Bradford, UK (13 October 2006 – 4 February 2007). His panoramic black & white photographs, taken between 1979 – 2005, document the changing post-industrial British landscape.

Jacob Holdt (b. 1947, Denmark) has been nominated for his publication Jacob Holdt, United States 1970 – 1975, published by Steidl GwinZegal, Germany (2007). In the early 1970s, Holdt spent five years hitchhiking across the US, living with and documenting the lives of the people he met - from the poorest Southern sharecroppers to some of America’s wealthiest families.

Esko Männikkö̈(b. 1959, Finland) has been nominated for his retrospective Cocktails 1990 - 2007 at Millesgarden, Stockholm, Sweden (1 September – 4 November 2007). A portraitist of isolation, Männikkö documents with great humour, warmth and integrity the lives of those who inhabit the periphery.

Fazal Sheikh (b. 1965, USA) has been nominated for his publication Ladli, published by Steidl, Germany (2007). Sheikh is an artist-activist who uses photography to create sustained portraits of different communities around the world.

The catalogue is available from the Gallery Bookshop at 8 Great Newport Street at the special exhibition price of £16.99.

Short Films:
Short films on each of the shortlisted artists, produced by The Photographers’ Gallery, are screened at 5 Great Newport Street.