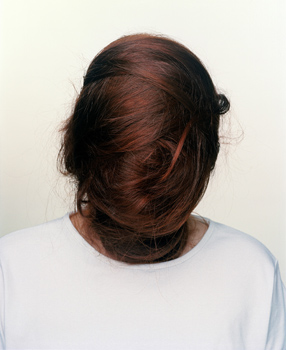 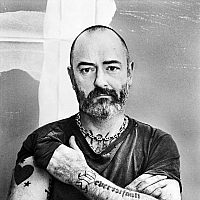 Open Eye Gallery is proud to present Out of Body, an exhibition of photographs and moving image works that explore, manipulate and reflect upon the human body. The exhibition looks at the relationship between biological and photographic time, contrasting the continuous life cycle with the still photographic instant. Rejecting the rules of traditional portraiture, Out of Body does not attempt to capture the human body in a stable visual form. Instead it expresses the resistance of our bodies to being coded or pinned down as images, and the limitations of the technologies through which we attempt to do this.

During a trip to Tasmania, Yannick Demerle (France) made long-exposure photographs of himself in gloomy, TV-lit motel rooms. He now presents these images in negative, giving them a lingering, spectral feeling. Namiko Kitaura (Japan) takes us on another journey of self-exploration. She creates a digital animation of herself suspended in a ‘healing pool’, in which tiny fish remove the dead skin from her body. The stillness of this piece contrasts with the frantic movement of Douglas Gordon’s (UK) video in which isolated body parts take on a life of their own. Combining photography and sculpture, Naia del Castillo (Spain) focuses on the trapped body and its struggle for release, while Valie Export (Austria) tracks the image of the female body as it is transmitted, transferred and fragmented by various media.

In Conversation: Naia del Castillo, Namiko Kitaura and Monica Nunez
Friday 25 Jan, 2pm
The two youngest artists featured in Out of Body will introduce their work and talk about their involvement in the exhibition with curator Monica Nunez.
Free event