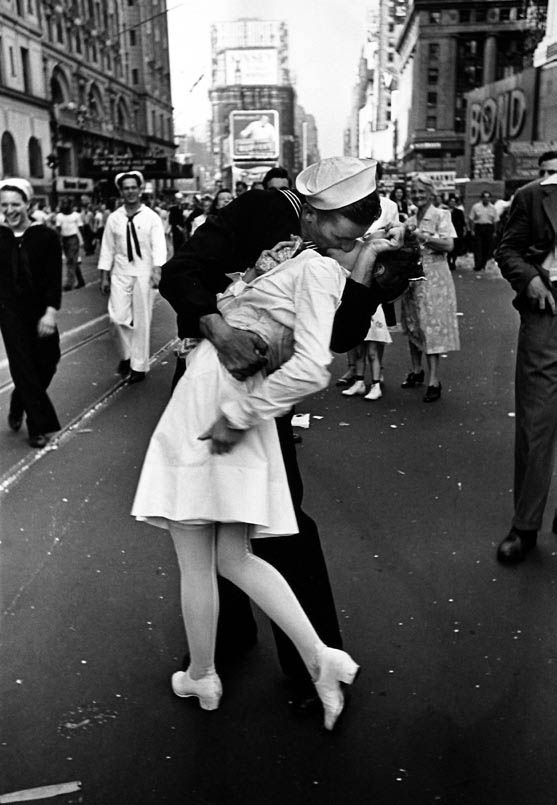 “It's more important to click with people than click the shutter” - Alfred Eisenstaedt We are delighted to announce an exhibition of vintage photographs by Alfred Eisenstaedt - “the father of photojournalism”. In a photographic career spanning sixty years Eisenstaedt was the first photographer to consistently practice candid photography, and in his own words, “photographed more people than any other photographer.” His photographs have featured on the front cover of LIFE magazine 92 times and he travelled the world on more than 2500 assignments. Most importantly, his photographs are a testimony to seminal events and key people who in turn shaped the contemporary world. Born in 1898 in West Prussia, Alfred Eisenstaedt was given his first camera at the age of 14 and sold his first photograph in 1927 to the newspaper Der Weltspiegel at a time when photojournalism was at its very infancy. Narrowly escaping the Holocaust in Europe Eisenstaedt emmigrated to the United States. He was soon hired along with three other photographers, Margaret Bourke-White, Thomas McAvoy and Peter Stackpole by Time founder Henry Luce, for a secret start-up known only as “Project X.” After six months of testing the mystery venture, it premiered as LIFE magazine on November 23, 1936. Over his career Eisenstaedt photographed a diverse range of subjects ranging from the first meeting between Hitler and Mussolini, the aftermath of the Hiroshima bomb, and post depression America, to portraits of John F Kennedy, Albert Einstein, and Marilyn Monroe, to enduring photographs of ordinary people across America and Europe. Eisenstaedt's most famous image VJ Day (a sailor kissing a nurse in Times Square, pictured on the front of this release) is known to millions of people across the world, although few could name the man who took this iconic photograph in 1945. As diverse and disparate as Eisenstaedt's photographs are all of these images are unified by Eisenstaedt's continually fresh eye and talent for capturing pivotal moments in the human experience. Up until his death in 1995, Eisenstaedt was still shooting and adding to his inventory of over 100,000 negatives in his personal office at LIFE magazine. The son of a merchant, he was drafted into the German army aged 17 and not destined to be a photographer. The only survivor of an offensive just one year later he was sent home with shrapnel through both of his legs. His time in recovery reawakened his youthful interest in photography that did not wane until his death at the age of 96. Eisenstaedt's first major retrospective exhibition did not come until age 88 when the International Center of Photography in New York presented 125 of his prints. Since then he has been granted many awards – including the Presidential Medal of Arts bestowed by President Bush, and the ICP Master of Photography award in 1988. For more information contact Eleanor Macnair press@michaelhoppengallery.com / 020 7352 3649