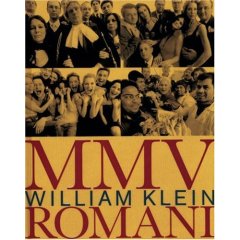 In the 1950s William Klein, o ne o f the world's great photographers, focused o n Rome, producing a celebrated book o f photographs with texts by his friends Moravia, Fellini, and Pasolini. Now Klein has returned to Rome to tell-in his way-how the city has changed in the eyes o f its inhabitants, whom he immortalizes in 25 diverse and emblematic groups. William Klein has worked in fashion, photojournalism, and advertising. He has also directed films. Klein aims always to get at the heart o f the matter, which characteristically for him is how to tell a story as concisely and fully as possible. He is the 2005 recipient o f the Lucie Award for Lifetime Achievement. Relié: 80 pages Editeur : Contrasto; Édition : Bilingual (30 mars 2007) Langue : Anglais