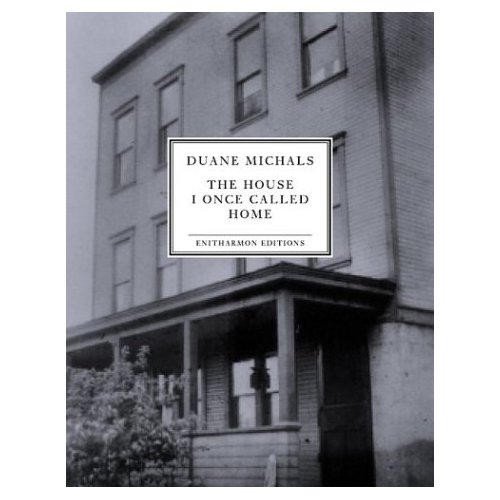 Duane Michals was seventy when he conceived the extended sequence of photographs and poetic texts that constitute The House I Once Called Home. A few years after the death of his aged mother, he returned to his native Pittsburgh to revisit the house in which he was born and brought up. Its deteriorated state proved a poignant focus for his memories, prompting reveries on mortality and the succession of generations that found form both verbally and visually. The interaction of Michals' words and images provides a moving a sensitive and moving account of one man's journey through life. The frequent superimposition of new photographs onto much older images taken in the same location during his earlier life there, at times suggesting the ghostly presence of those no longer with us, creates a highly affecting layering of time that lies at the center of Michals' art. Powerfully intimate in its focus, The House I Once Called Home demonstrates conclusively the possibility of exposing universal truths through the most personal events. It is a work to which every reader will be able to relate through the filter of his or her own experience, and which will undoubtedly accrue new meanings as we ourselves return to it at different stages in our lives.