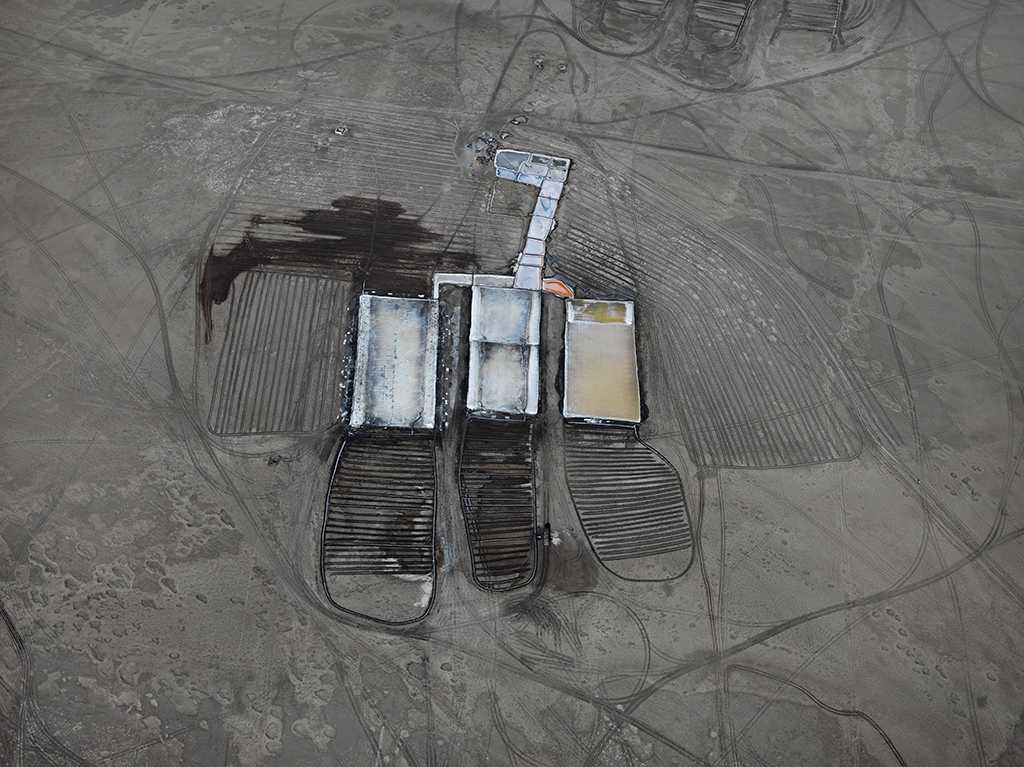 New York – Two exhibitions of work by renowned photographer Edward Burtynsky will be on view from November 3 – December 31, 2016, at Bryce Wolkowitz Gallery and Howard Greenberg Gallery in New York. Burtynsky, whose incisive work explores the dilemmas at the heart of our globalized world, is known for portraying the visible outcomes of humankind’s impact on the environment. The exhibitions coincide with the publication of two new books: Salt Pans (Steidl, September 2016) and Edward Burtynsky: Essential Elements (Thames & Hudson, November 2016).

At Howard Greenberg Gallery, new large-scale photographs from Burtynsky’s 2016 Salt Pans series, which debuted at Art Basel, will be shown in the main space. The work was made in India at a barren, salt-producing area in Gujarat, where thousands of families toil in the hot, flat, dry wasteland with little access to fresh water, schools, or medical help. Spread over nearly 2,000 square miles, the area is also known as “Survey Number Zero,” because no land survey has been conducted there since the end of the British rule in India in 1947. From his unique vantage point above this pitiless place, Burtynsky captured the shapes, patterns, and colors of the land and the shallow artificial ponds from which salt has been harvested for many centuries.

Work from Essential Elements will be shown at Bryce Wolkowitz Gallery and in HGGII, providing an overview of Burtynsky’s work across four decades, including both iconic and previously unpublished images from his series including Quarries; Oil; and Water all of which have resulted in exhibitions and, in the case of Water, a feature-length documentary film entitled Watermark, 2013.

Books
Edward Burtynsky: Essential Elements (Thames & Hudson, November, 2016), edited and curated by William A. Ewing with an essay by Joshua Schuster, is an overview of Burtynsky’s work since the 1970s, including 140 photographs, dozens never before published. The book provides a sense of both his visual language and his exploration of environment issues around the word.

About Edward Burtynsky
Edward Burtynsky’s photographs are in the collections of over 50 museums worldwide, including The Museum of Modern Art, New York; Solomon R. Guggenheim Museum; New York; Tate, London; Reina Sophia Museum, Madrid; and the National Gallery of Canada, Ottawa. He is the subject of Jennifer Baichwal’s acclaimed 2006 documentary film Manufactured Landscapes, which won numerous awards and was shown at the Sundance Film Festival in 2007. Burtynsky received the inaugural TED Prize in 2005. He was named an Officer of the Order of Canada in 2006, and has received many other awards. He holds six honorary doctorate degrees, including two he received this spring. Born in Ontario in 1955, Burtynsky lives and works in Toronto.

About Howard Greenberg Gallery
Since its inception over 30 years ago, Howard Greenberg Gallery has built a vast and ever-changing collection of some of the most important photographs in the medium. The Gallery's collection acts as a living history of photography, offering genres and styles from Pictorialism to Modernism, in addition to contemporary photography and images conceived for industry, advertising, and fashion. Howard Greenberg Gallery is located at 41 East 57th Street, Suite 1406, New York. The gallery exhibits at The ADAA Art Show, The Armory Show, The Photography Show presented by AIPAD, New York, Photo London, Art Basel, Paris Photo, and Art Basel Miami Beach. For more information, contact 212-334-0010 or info@howardgreenberg.com or visit www.howardgreenberg.com.

About Bryce Wolkowitz Gallery
Since its founding in 2002, Bryce Wolkowitz Gallery has made a major commitment to representing new media artists who are exploring the intersection of art and technology. The gallery's dedication to supporting an array of innovative practices has been the catalyst for the expansion of its program to include painting and sculpture. As a member of the Association of International Photography Art Dealers (AIPAD), the gallery has a long history of dedication to exhibiting photographers with a strong socio-geographic mission. For more information, please visit brycewolkowitz.com or contact the gallery at 212-243-8830. 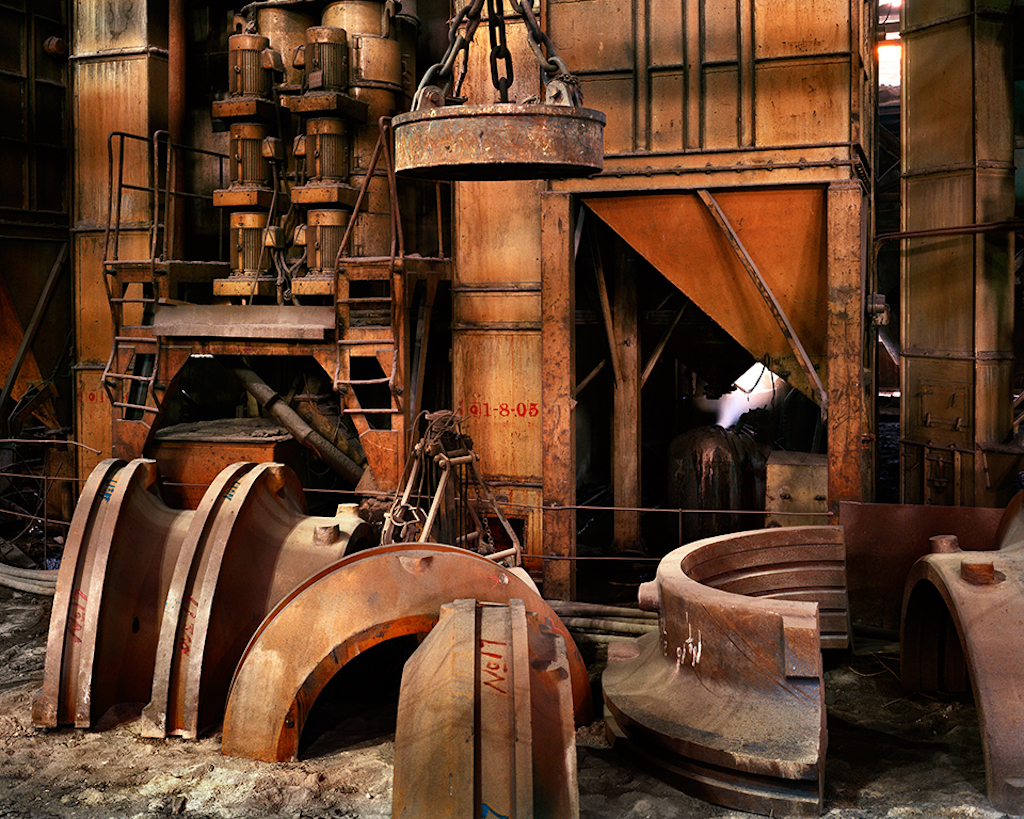 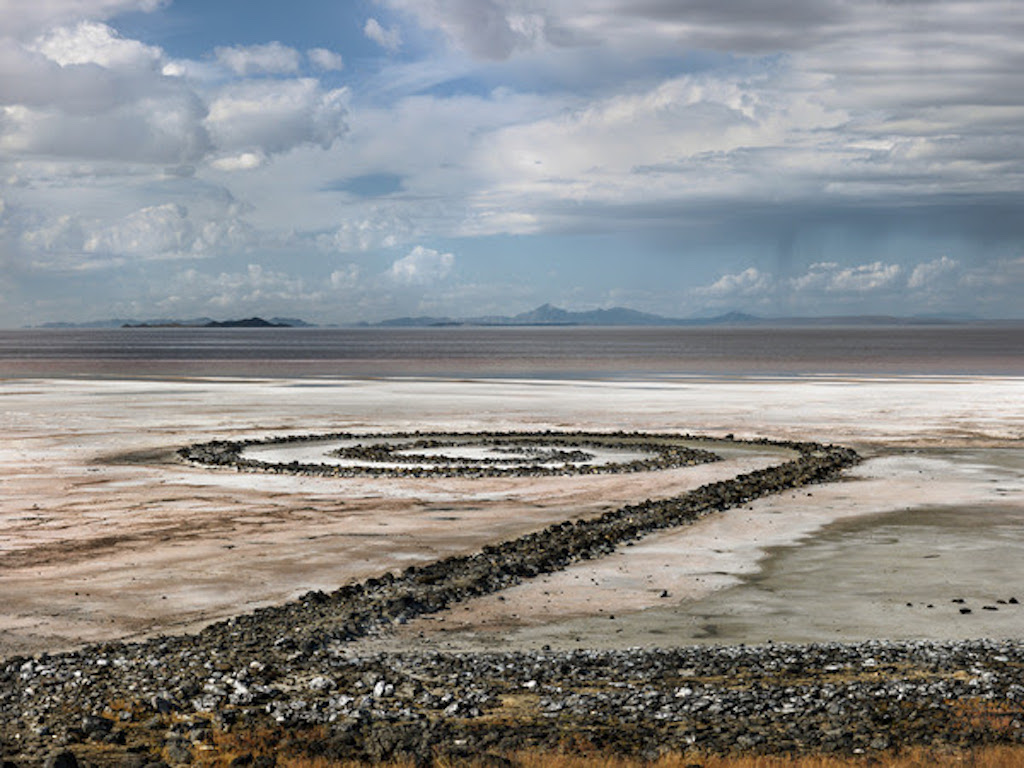