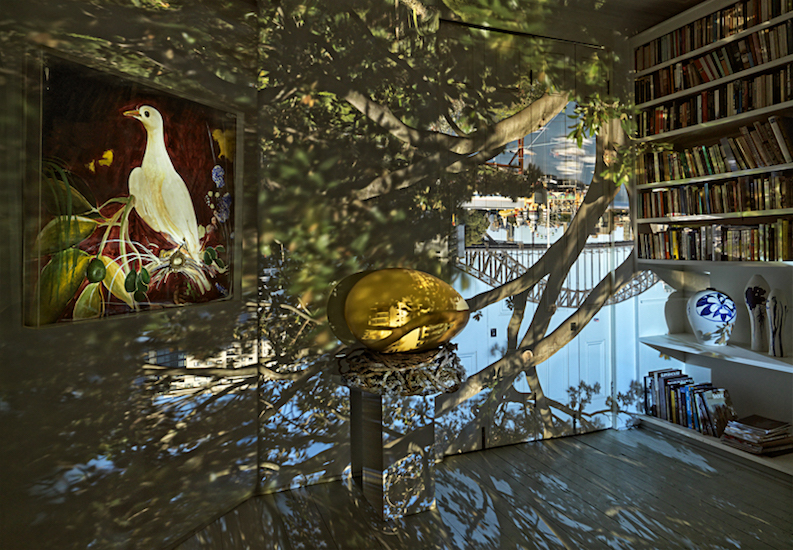 Since 2013, acclaimed Sydney-based photographer Robyn Stacey has been transforming entire rooms into walk-in camera obscuras. Masking windows to leave just a ray of light, the view outside is projected, as if by magic, over the room’s interiors, but upside down and in reverse. This dream-like moving scene does the opposite of a shadow. It casts trees, drifting clouds, even towering buildings, over the internal architecture and its inhabitant’s belongings.

“It’s like being in your own private movie”, says Stacey, who photographs this inside-outside union in the fleeting minutes when light and composition are just right.

Stacey’s imagination was piqued by spaces that felt potent, imbued by a person’s presence and unique creative identity. Her photographs, in this sense, are like intimate yet unconventional portraits of Australia’s most esteemed creators; their personas expressed by their private surroundings rather than their faces.

Offering a rare glimpse into the working havens of artists—those otherwise mysterious spaces from which inspiration seems to miraculously emerge—with these images we also view the world beyond to which they may have gazed in quiet moments of reflection. 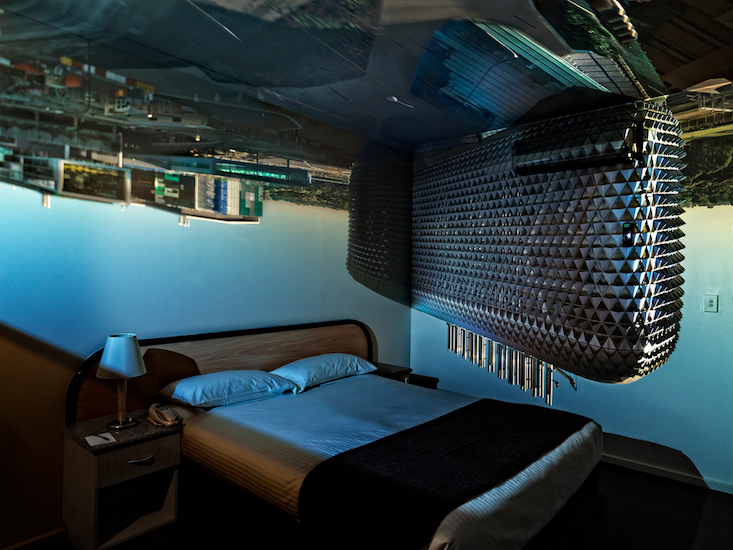 Robyn Stacey is one of Australia's most respected photographers, having created spectacular and sumptuous images since the mid-1980s. In 2016, she was included in Magic Object: The Adelaide Biennial of Australian Art at the Art Gallery of South Australia, presenting camera obscura images that were made in and around Adelaide. Previously, in 2015, she held a major exhibition at Museum of Brisbane that featured a series of commissioned camera obscura photographs, created in various locations around the city.