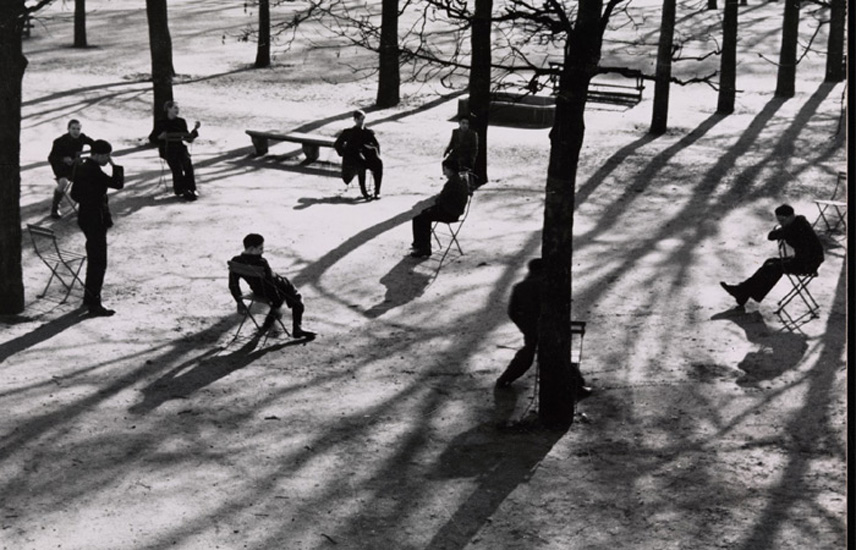 Regarded by art historians as one of the most important and influential photographers of the 20th century, André Kertész was a leading proponent of seeing the world through a Modernist eye. This exhibition of thirty photographs is drawn from VMFA’s collection and highlights the artist’s early career in Hungary while also focusing on seminal moments during the sixty years when he worked in Paris and then New York City.

Born in Hungary in 1894, Kertész bought his first camera at age sixteen before being drafted into the army. Later, he moved to Paris where he worked as a freelance magazine photographer, joining a community of Hungarian expatriate artists who included Brassaï, Marcel Breuer, Robert Capa, and Lajos Tihanyi. Kertész’s work gained attention in Paris and the United States, and in 1936, he and his wife, Elisabeth, immigrated to New York City.

After his first few years in New York, Kertész’s photographs were included in the Museum of Modern Art’s comprehensive exhibition Photography, 1839–1937. He went on to work for Condé Nast for nearly twenty years, and thousands of his photographs were published in their magazines, including House & Garden and Vogue, as well as other publications such as Harper’s Bazaar. During his lifetime, he had major solo exhibitions at the Art Institute of Chicago and the Museum of Modern Art and received numerous honors, including a Guggenheim Fellowship and Commander of the French Ordre des Arts et des Lettres. Kertész is curated by VMFA Director Alex Nyerges.