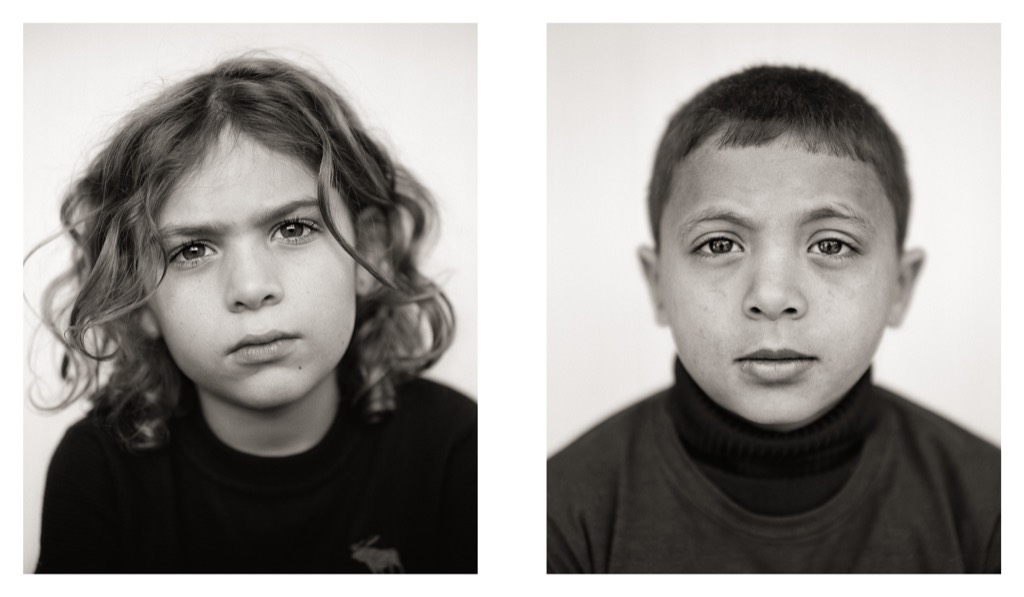 The featured works comprise the third project in the artist's multi-volume set of photographs, The Erasure Trilogy, which explores the ongoing Israeli-Palestinian conflict. The exhibition will be on view from April 21 through June 30, 2016 and is part of an international presentation of Fazal Sheikh's work across six venues: the Brooklyn Museum, New York; the Slought Foundation, Philadelphia; Storefront for Art and Architecture, New York; the Al-Ma'mal Center for Contemporary Art, East Jerusalem; and the Khalil Sakakini Cultural Center, Ramallah. An opening reception for the artist will be held at the gallery on Thursday, April 21 from 5:30 to 7:30 pm.


Since his first visit to Israel and the West Bank at the invitation of Frédéric Brenner for the This Place initiative in late 2010, Sheikh has addressed the legacies of the Arab-Israeli War of 1948 in a series of photographic projects, collectively called The Erasure Trilogy, which seek to render visible the enduring effects of this pivotal historical event. Independence | Nakba is the trilogy's ultimate body of work, presenting 65 diptychs – one for each year between 1948 and 2013 – that juxtapose black-and-white portraits of individuals of gradually increasing age from both sides of the Israeli-Palestinian conflict. The visual dichotomy of the portraits speaks to the politics of separation inextricably tied to the Arab-Israeli War, which resulted in the establishment of the State of Israel, the reconfiguration of the region's territorial borders, and the displacement of an estimated 700,000 Palestinians. Celebrated annually as Independence Day by Israelis, the event is commemorated by Palestinians as the Nakba or day of catastrophe.

The pairing of these stark portraits creates a poignantly human timeline of the inescapable history that simultaneously divides and binds the Israeli and Palestinian populations. As Eduardo Cadava writes of Independence | Nakba, "...the portraits invite us to register the enduring bonds that tie the past, the present, and the future together: a past that preceded the division between Independence and the Nakba, a present that still remains haunted and defined by this division, and a possible future that, taking its point of departure from these bonds, could enable a different and more forgiving tomorrow."

Fazal Sheikh (b. 1965, New York City) received a BA from Princeton University in 1987. He was named a MacArthur Fellow in 2005 and a John Simon Guggenheim Memorial Foundation Fellow in 2012. Sheikh is the recipient of numerous other honors, including a Fulbright Fellowship in the Arts (1992); a National Endowment for the Arts Fellowship in Photography (1994); the Leica Medal of Excellence (1995); the Infinity Award from the International Center of Photography (1995); a Volkart Foundation Grant (2000); the Prix d'Arles (2003); the Henri Cartier-Bresson International Grand Prize (2005); and the Lucie Award (2009).

Since the early 1990s, Sheikh's work has been the subject of international exhibitions at venues as diverse as Swiss churches and the United Nations. His photographs are held in public and private collections worldwide, including the Corcoran Gallery of Art, Washington, D.C.; the Fotomuseum Winterthur, Zurich; the International Center of Photography, New York; the Los Angeles County Museum of Art; The Metropolitan Museum of Art, New York; the Museum of Fine Arts, Houston; the Museum Folkwang, Essen; the Philadelphia Museum of Art; the San Francisco Museum of Modern Art; and the Sprengel Museum, Hannover.