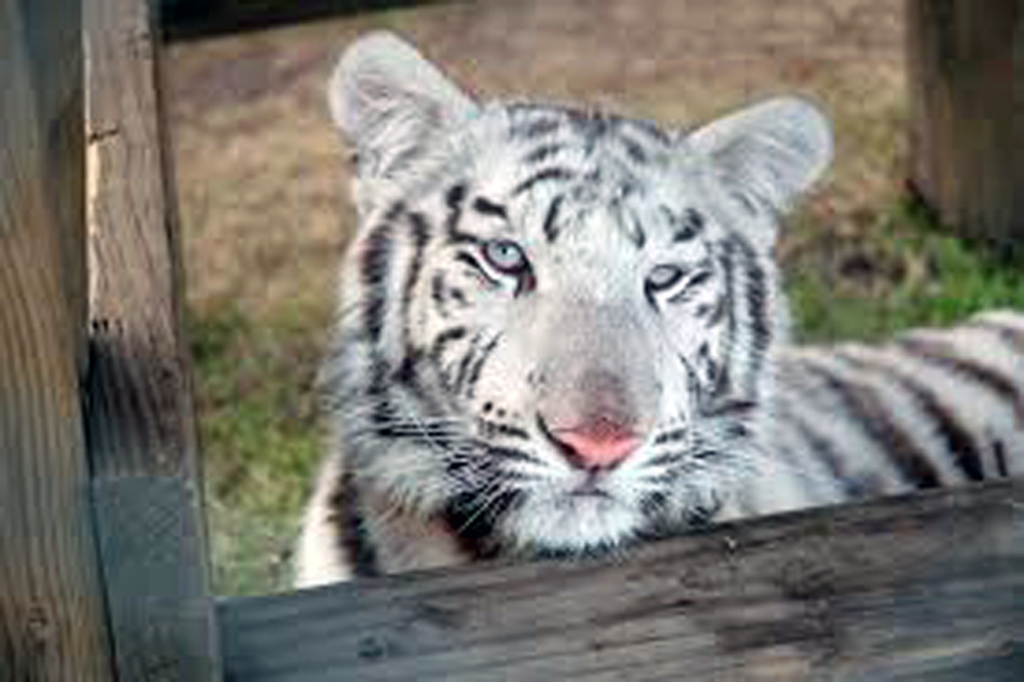 in june 2011 the board of directors for the american zoological association (aza) formalized their 2008 ban on the breeding of white tigers, white lions or king cheetahs by their member zoos. their report said, “breeding practices that increase the physical expression of single rare alleles (i.e., rare genetic traits) through intentional inbreeding, for example intentional breeding to achieve rare color-morphs such as white tigers, deer, and alligators, has been clearly linked with various abnormal, debilitating, and, at times, lethal, external and internal conditions and characteristics, which are outlined in this paper.” this change in policy came more than 12 years after big cat rescue first released dr. laughlin’s expose below.

the same gene that causes the white coat causes the optic nerve to be wired to the wrong side of the brain, thus all white tigers are cross eyed, even if their eyes look normal. they also often suffer from club feet, cleft palates, spinal deformities and defective organs.

the white coat is a double recessive gene so most of the cubs born through this inbreeding have normal coloring but they too suffer the same defects and are referred to in the trade as “throw away tigers.” as such, they are often killed at birth because only the white tigers are the big money makers. and because none of these cats are purebred (they are all crosses between bengal tigers and siberian tigers), they serve no conservation purpose.

the american zoological association (aza) recognizes that these cats should not be bred and admonishes aza accredited zoos not to breed any more of them. the leader of the tiger species survival plan states openly that the only reason people breed white tigers is because people will pay to see white tigers.

you can end the misery by just saying no to any place that breeds or exploits white tigers.