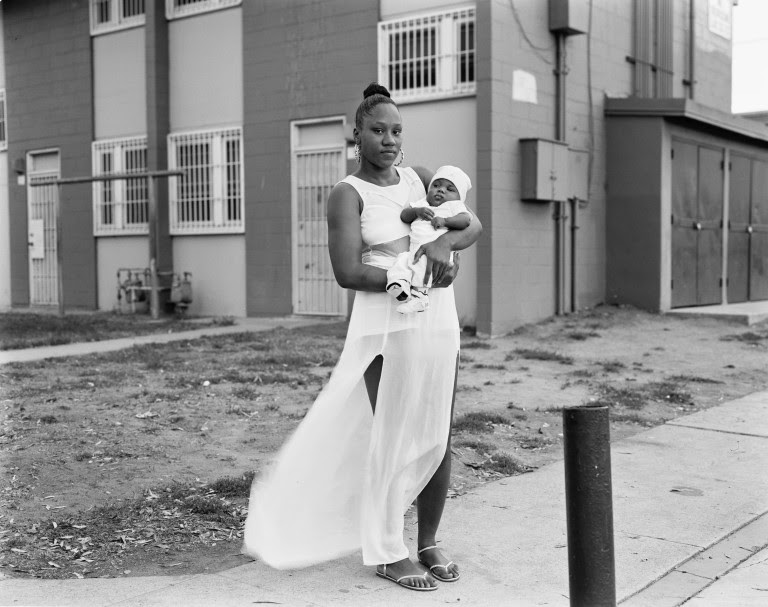 -Dana Lixenberg’s life’s work – a long-term project without parallel
-Residents of the ‘projects’ portrayed in all their human dignity
-The controversy surrounding the deaths of Eric Garner (2014), Michael Brown (2014), Freddie Gray (2015) and others has pushed the United States’ race relations problems back into the spotlight, making this project more relevant than ever

“After twenty-two years I have reached a point where I just can’t imagine not being here, not having Imperial Courts in my life, not knowing the people I’ve met here over the years,” says Dana Lixenberg (Amsterdam, 1964) of the project she began in 1993 and which, after more than two decades, has lost none of its impact. Imperial Courts is a housing project in Watts, a district of Los Angeles where Lixenberg found herself in the wake of the Rodney King Riots that broke out after the acquittal of four white policemen who had gravely assaulted the black taxi driver Rodney King. The project turned into an expansive personal portrait of the community of Imperial Courts. In black and white, using a large-format camera and natural light, Lixenberg documented the turbulent lives of three generations of its residents in all their human diginity. At Huis Marseille, this life’s work by Dana Lixenberg can for the first time ever be seen in its complete form, with video installation, sound recordings and a book.