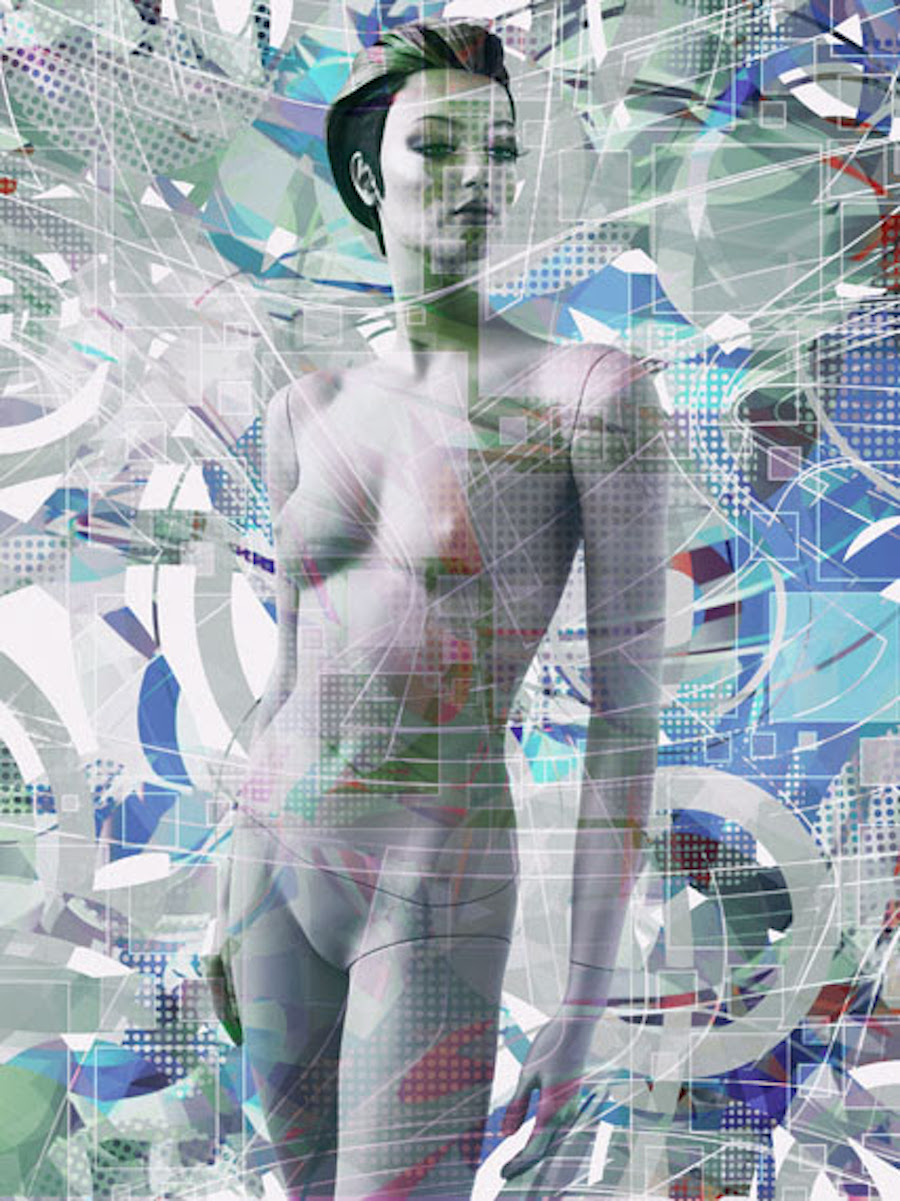 Edwynn Houk Gallery is pleased to announce an exhibition of Valérie Belin’s most recent series Super Models for the artist’s second exhibition at the gallery. Making its debut earlier this year in Belin’s solo exhibition, Les images intranquilles (Unquiet Images) at Centre Pompidou, this will mark the first presentation of the series in the United States.

Composed of six large-scale color photographs, Super Models presents images of mannequins superimposed with abstract vector graphics found on the Internet, which Belin then manipulates and digitally layers into each photographed image in order to explore the artist’s ongoing investigations into the themes of beauty, artifice, and the contemporary image. Eschewing the marketing names of the commercially produced mannequins, Belin has titled her depictions Ananké, Aura, Electra, Ishtar, Junita and Saffron – names that are all drawn from mythological goddesses or television characters. Through this complex combination of readymade, manipulated, and fictional resources, Belin creates a completely illusory image that in turn causes us to question reality. 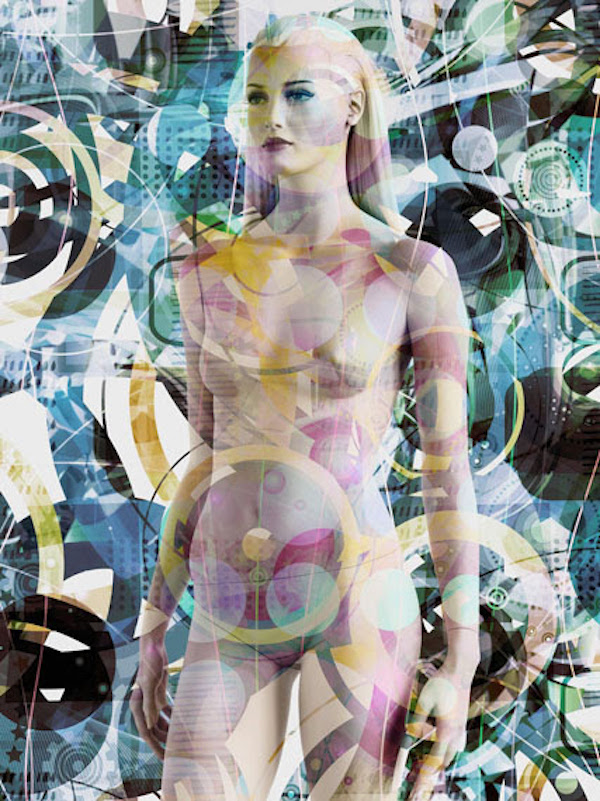 
The topics of illusion and artifice are themes Belin has explored throughout her career, and she has photographed a wide range of subjects in this vein including live models, masks, mannequin heads, body builders, and plastic fruit arrangements. In Super Models, Belin once again works with the mannequin form; however, in this new body of work the artist pushes her resources even further to greater confound her images. For example Belin incorporates color, a tool the artist only began working with as recently as 2006, and the chosen mannequins were selected due to the fact they were created from true-life models. This affected combination of real and artificial images, objects, and colors, enhanced by digital and mechanical perfection, fuses together to produce a disconcerting dichotomy between the real and artificial. Belin’s series does not aim to present the Super Models as what they are, but instead as what they are not, and through the complete artificial state of the images the artist ultimately calls into question ideas of vanity and the delicate nature of human existence.

Valérie Belin (b 1964, Boulogne-Billancourt, France) has exhibited extensively both domestically and abroad, and in 2015 the artist was the subject of a solo exhibition at Centre Pompidou, Musée national d’art modern, Paris, France. A major touring retrospective was organized in 2008 at the Huis Marseilles, Museum of Photography, Amsterdam; the Maison Européenne de la Photographie, Paris; and the Musée de l’Elysée, Lausanne. Her work has also been featured in group exhibitions worldwide, including at the Mori Art Museum, Tokyo; the Museum of Modern Art, New York; and the Seattle Art Museum, Washington. Belin is the subject of numerous monographs, including the volume that accompanied her retrospective tour, published by Steidl in 2008, and Valérie Belin (black eyed susan), with an essay by Tobia Bezzola, published by JRP Ringier, in 2011. Her work is featured in numerous private and public collections, including the Musée d’art Moderne de la ville de Paris, Kunsthaus Zürich, Los Angeles County Museum, Museum of Modern Art, New York, and the San Francisco Museum of Modern Art. Belin lives and works in Paris.