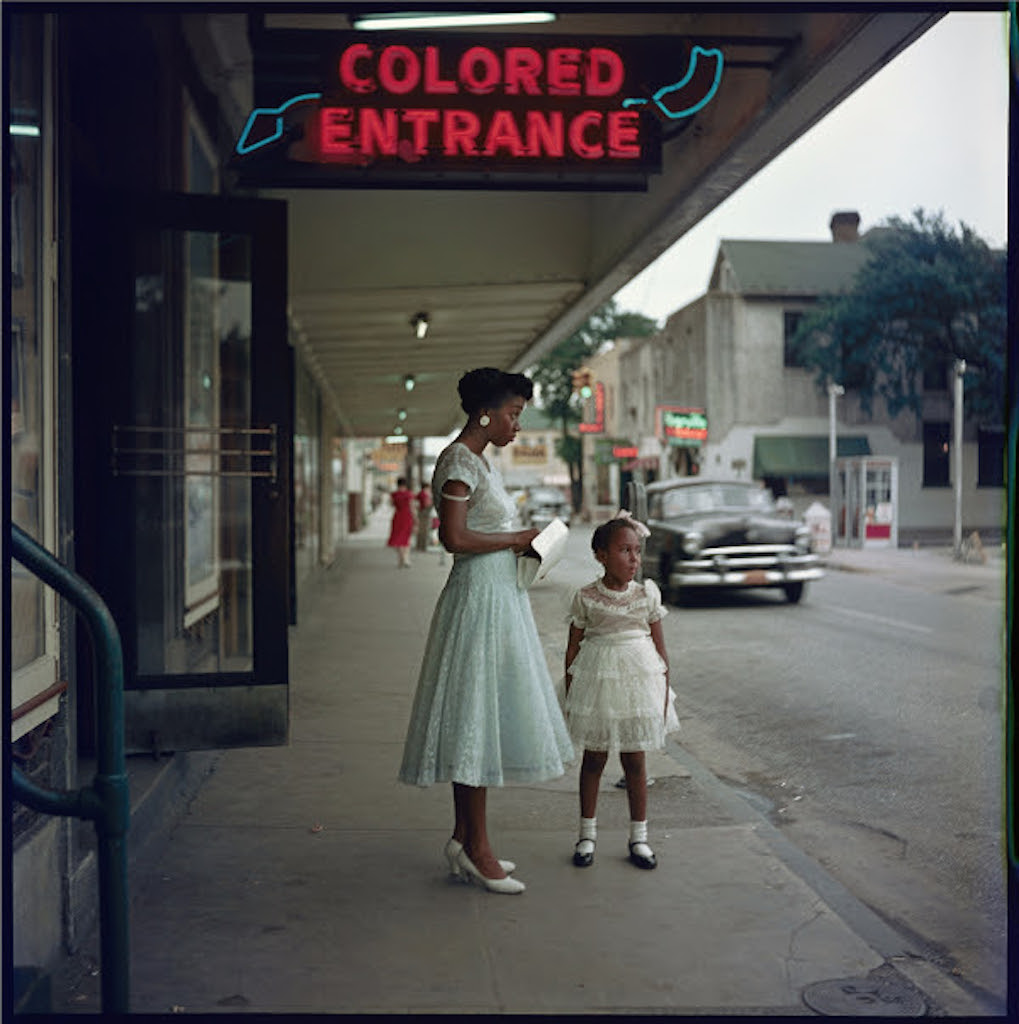 In September 1956, LIFE magazine published a series of 26 color photographs by Gordon Parks that documented aspects of everyday life for the Thorntons, an African-American family, in and around Mobile, Alabama during Jim Crow segregation. The photo-essay, “The Restraints: Open and Hidden,” contained only a fraction of the countless images that Parks shot during this time, but until the fortuitous discovery of 70 additional color transparencies in 2011, the bulk of the photographs taken for this assignment were thought to be lost. Throughout the month of June, Blue Sky will show a limited-edition portfolio of twelve of these rarely-seen color images, reprinted and loaned by the Gordon Parks Foundation for this special exhibition. 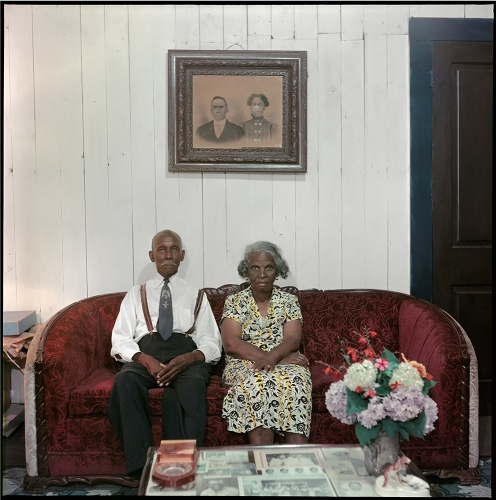 
Gordon Parks (1912-2006) began photographing when he saw images of migrant workers published in a magazine. After buying a camera at a pawnshop, he taught himself how to use it and, despite his lack of professional training, he found employment with the Farm Security Administration (F.S.A.), which was then chronicling the nation’s social conditions. When the F.S.A. closed in 1943, Parks became a freelance photographer, balancing work for fashion magazines with his passion for documenting humanitarian issues. In 1948, he became the first African-American staff photographer and writer for LIFE, where he would stay for the next two decades, chronicling subjects related to racism and poverty, as well as taking memorable pictures of celebrities and politicians. He was also a noted composer and author, and in 1969, became the first African American to write and direct a Hollywood feature film based on his bestselling novel, The Learning Tree, followed in 1971 by the hugely successful motion picture Shaft. At the time of his death in 2006, Parks had received numerous awards, including the National Medal of Arts in 1988, and more than fifty honorary doctorates.