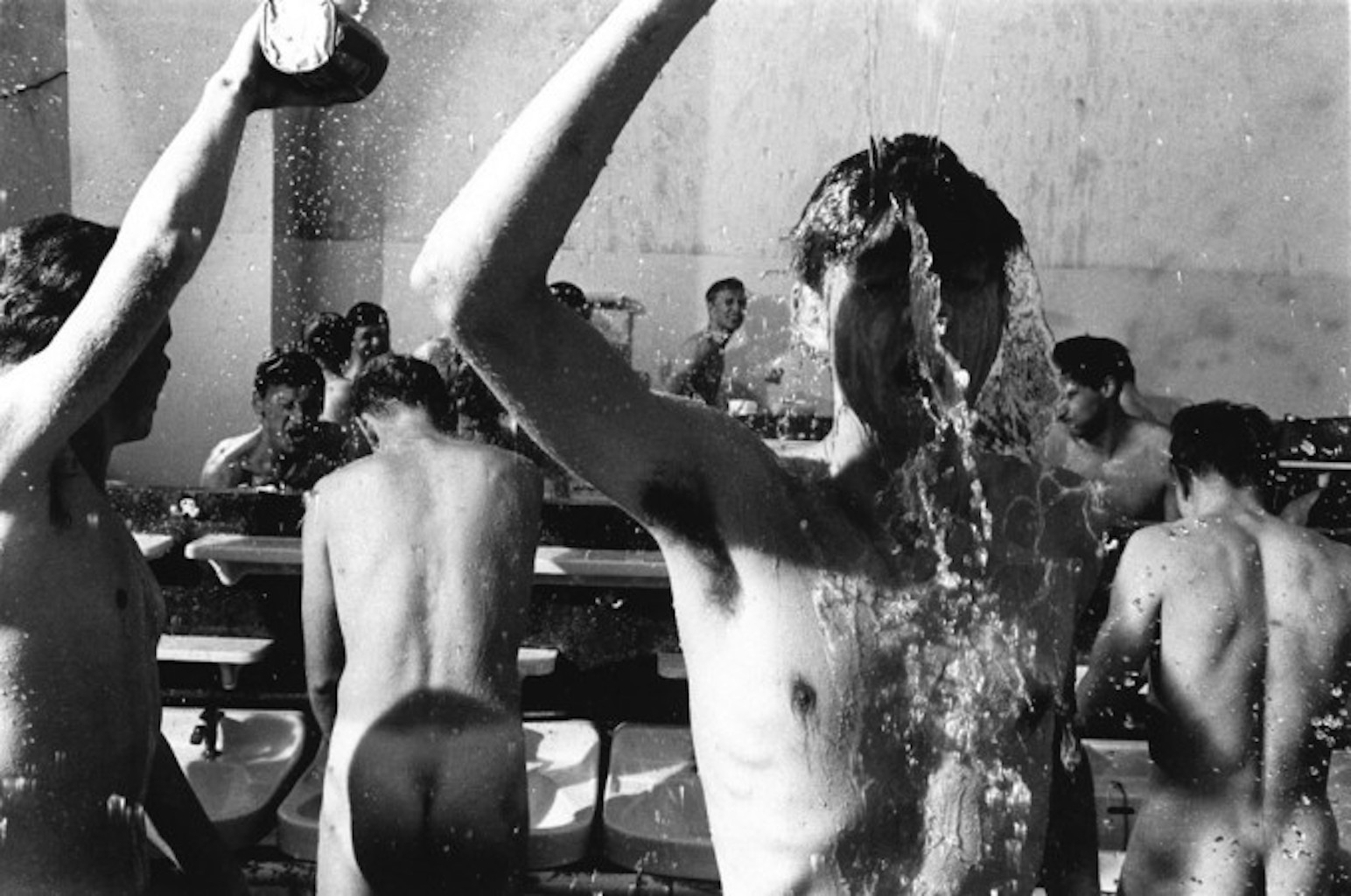 Largely remembered as a celebrated documentarian of the new generation of postwar youth and the sexual revolution in Berlin in the 1950s and 1960s, McBride regularly photographed for a number of European periodicals, including most notably “Twen.” “Twen” caused quite a scandal when they published McBride’s portraits of his pregnant wife in an issue in 1960.

Later, in 1963, the magazine commissioned the artist to shoot a photo-essay on the School of Salem Castle—long considered one of the most elite boarding schools in Europe. McBride’s images chronicle many aspects of the students’ lives from meals and lessons to athletics, but by far the most famous photograph was shot in the communal showers. “Mike wäscht mit anderen Schule Salem (Mike in the Shower, Salem)” would go on to prove to be the most iconic image of the artist’s career. 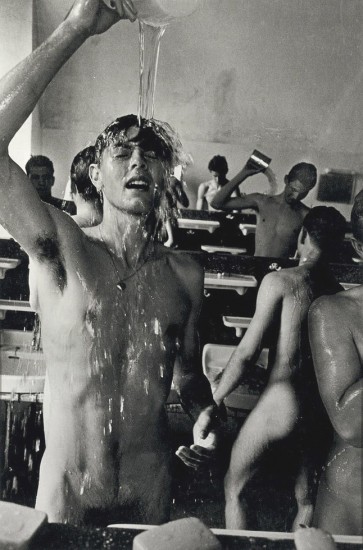 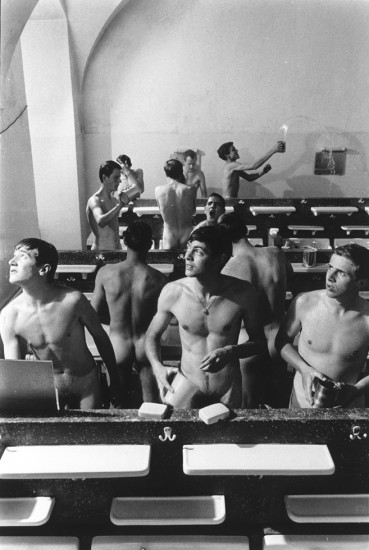 
Nonetheless, working in a documentary style for the purpose of telling a multi-faceted story, McBride would shoot literally hundreds of negatives while on assignment. Whereas “Twen” published a number of photographs from the series on the School of Salem Castle, the artist’s archive contained a treasure trove of unpublished and never-before-seen images from the same assignment. The “Salem Suite,” produced in 2014 before the artist’s death, includes a total of sixteen
related photographs selected by the artist, and is being exhibited for the first time in the United States at ClampArt. The “Salem Suite” images epitomize McBride’s reputation for the celebration of the energy of youth.


Will McBride was born in St. Louis, Missouri in 1931, and grew up in Chicago. He studied painting under Norman Rockwell and later at the National Academy of Design in New York before earning a degree from Syracuse University in 1953. Then, from 1953 to 1955, he served in the U.S. Army at Würzburg, Germany. McBride stayed in Germany for the remainder of his life. Despite a successful career and the publication of many monographs, much of the artist’s work was never seen in the United States, as his photographs often included nudity, were usually controversial, and regularly became the subject of censorship.