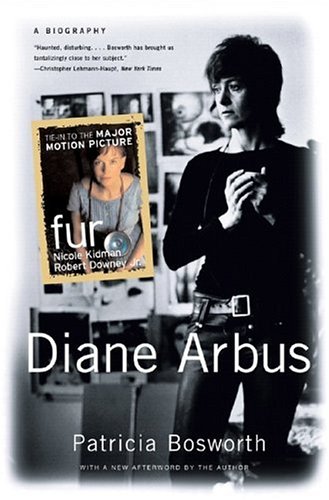 Opportunities for sensationalism abound in a book about Arbus, who already had a history of severe depressions and a crumbling marriage by the time she began to take the controversial, technically innovative pictures of dwarfs, nudists and drag queens that won her a reputation as "a photographer of freaks." Bosworth balances the lurid details -- rumors that Arbus had sex with her subjects, that she photographed her own suicide in 1971 -- with a nuanced appraisal of an artist whose images captured the uneasy mood of the 1960s by expressing her personal obsessions. --Ce texte fait référence à une édition épuisée ou non disponible de ce titre. From Publishers Weekly Examines the life of the famous photographer, which culminated in suicide in 1971, in terms of her famous images of the grotesque and aberrant. Copyright 1995 Reed Business Information, Inc. --Ce texte fait référence à une édition épuisée ou non disponible de ce titre. Book Description Diane Arbus—now the subject of a national retrospective and a forthcoming movie—was the archetypal artist living on the edge. Diane Arbus's unsettling photographs of dwarves and twins, transvestites and giants, both polarized and inspired, and her work had already become legendary when she committed suicide in 1971. This groundbreaking biography examines the private life behind Arbus's controversial art. The book deals with Arbus's pampered Manhattan childhood, her passionate marriage to Allan Arbus, their work together as fashion photographers, the emotional upheaval surrounding the end of their marriage, and the radical, liberating, and ultimately tragic turn Arbus's art took during the 1960s when she was so richly productive. This edition includes a new afterword by Patricia Bosworth that covers the phenomenon of Arbus since her death, the latest Arbus scholarship, and a view of the first major retrospective of Arbus's work as well as notes on the forthcoming motion picture based on her story. Bosworth's engrossing book is a portrait of a woman who drastically altered our sense of what is permissible in photography. 26 illustrations. About the author Patricia Bosworth is the author of biographies of Montgomery Clift and Marlon Brando. She is a contributing editor of Vanity Fair and has taught writing at Columbia University. She lives in New York.