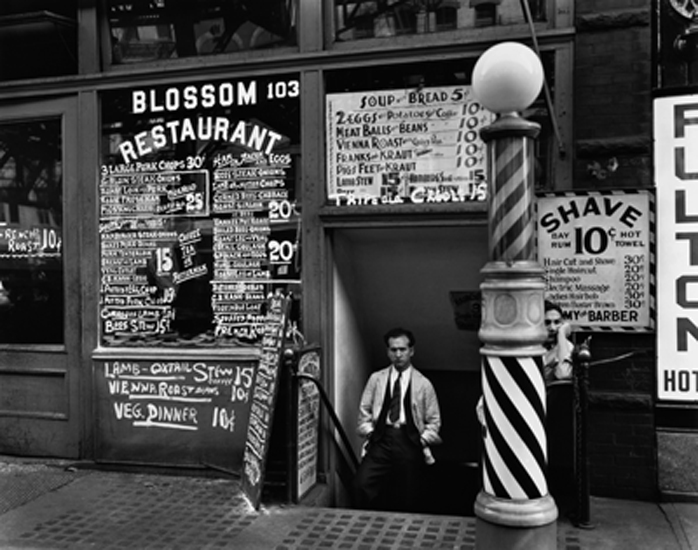 In conjunction with International Women’s Day, the Ryerson Image Centre (RIC) celebrates the landmark acquisition of the Berenice Abbott Archive. Abbott, the pioneering artist best known for her extensive and iconic documentation of New York City, is among the most important photographers of the 20th century.

Donated by a generous circle of benefactors who wish to remain anonymous, the Abbott Archive includes photographs, original negatives, and working materials representing the entire arc of her six-decade career. It joins and greatly enriches the RIC’s holdings, which already include the Black Star Collection of photo-reportage and other individual artist’s archives, along with photography surveying the history of the medium.

The largest and most comprehensive collection anywhere of the artist’s work, the Abbott Archive is comprised of more than 6,000 photographs and 7,000 negatives from the mid-1920s through the 1980s, as well as book maquettes, correspondence, personal journals, business records, and ephemera.

Highlights include her early studio portraiture from Paris and New York (1926 and onwards); photographs from her seminal project Changing New York (1935-39); American landscapes, including her abandoned book project focusing on U.S. coastal highway Route 1; her final published series, A Portrait of Maine (1968); and a large selection of her innovative scientific photography. In addition to her own work, the archive includes Eugène Atget photographs printed by Abbott and original Atget negatives, reminders of her tireless work rescuing and promoting the French photographer’s oeuvre.

“We are thrilled to add the Berenice Abbott Archive to our collection,” said Paul Roth, director of the Ryerson Image Centre. “Public and scholarly interest in Abbott’s work has increased significantly in recent years, and we look forward to welcoming researchers and curators so they can shine light on her extraordinary career.”

With the RIC’s important acquisition, Abbott scholars will have two destinations to study her work. The MIT Museum, at the Massachusetts Institute of Technology in Cambridge, is home to many of Abbott's papers and manuscripts, project records and other documentation, and to a collection of her science photography, including work she did for MIT’s Physical Science Study Committee in the late 1950s.

“Ryerson Image Centre’s new Abbott acquisition will provide the opportunity to share resources and encourage new scholarship, and we look forward to working together with them,” noted Gary Van Zante, curator of architecture, design and photography at the MIT Museum.

A small group of philanthropists teamed up to purchase the Abbott Archive and bring it to Toronto and the RIC. The gift to the RIC collection further establishes the institution’s burgeoning reputation as one of the leading centres worldwide for the study of photographic history.

“We are immensely grateful for the generous donation of this unique and important collection of photographic works,” said Adam Kahan, vice-president, university advancement. “It adds new depth to the RIC collection, and advances Ryerson’s city-building enterprise by further enriching Toronto's cultural offering.”