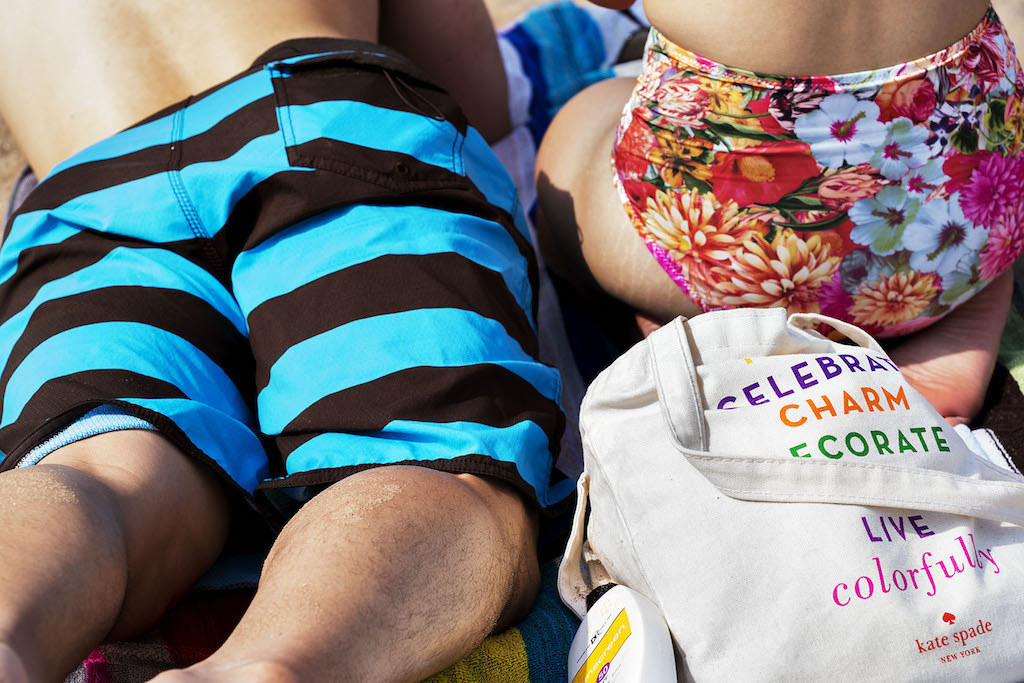 New York – WILLIAM KLEIN + BROOKLYN, an exhibition of new color photographs by one of the leading photographers of the 20th century, will be on view at Howard Greenberg Gallery from March 19 – May 2, 2015. The exhibition presents nearly 50 images from the summer of 2013 is accompanied by a book BROOKLYN + KLEIN (Contrasto, Spring 2015). An opening reception with the artist will be held on Thursday, March 19, from 6 to 8 p.m.
Klein employed his motto "no rules, no limits, no holding back" to capture the exuberance of Brooklyn life. From the West Indian Day Parade to a Hasidic prayer and study session to a Williamsburg tattoo parlor, Klein has portrayed Brooklyn in all of its lively cultural diversity.

“We were over in Brighton Beach, and I photographed a store, which was Pakistani, and then the store next to it was Russian, and the store next to that was Mexican, and one store said ‘Islamic Beauty.’ This is amazing,” Klein notes in a short film produced by Sony, which commissioned the project.
For many weeks, the artist wandered the streets, worked days and nights, shot from the window of his car, and roved the beaches of Coney Island and Brighton. With these images, Klein has created a frenzied kaleidoscope of Brooklyn in his masterly style.
Klein’s assignment from Sony was to shoot Brooklyn exclusively for the company’s Global Imaging Ambassadors program, an initiative uniting some of the best photographers around the world in the aim of storytelling. Exhibitions of the photographs have been held in Paris and London. 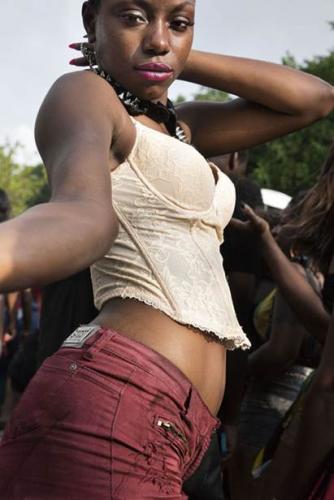 
About William Klein
Born in New York City in 1928, William Klein’s legendary career began in 1954 when Alexander Liberman, then the creative director of Condé Nast, saw an exhibition of Klein’s work in Paris, where Klein was living and had briefly studied with the painter Fernand Léger.
Returning to New York as a photographer for Vogue magazine, Klein let loose on the city, taking fashion photography in a whole new direction; capturing beauty and the grotesque all within wide-angle and telephoto shots. Taking the models out of the studio and onto the streets, his revolutionary techniques pioneered a new vision.
Widely acknowledged as a significant innovator in the history and design of the photo book, Klein published his first book Life is Good and Good For You in New York in 1956. Capturing the rough and tumble of daily life, Klein’s brutally honest images caused a major a sensation. Three more books were published, each with photography from a different city, Rome in 1958-59, followed in 1964 by Moscow and Tokyo 1961 (reissued in limited edition in 2014 by Akio Nagasawa Publishing).
William Klein is also an accomplished and highly respected filmmaker, beginning his foray into the moving image in 1958 with the first Pop film Broadway by Light. Klein went on to produce feature films and documentaries including Qui-Êtes Vous Polly Maggoo?, 1966, a satire about the fashion world; Far From Vietnam, 1967; Muhammad Ali, The Greatest, 1969; and The Little Richard Story, 1980. His last film to date Messiah, 1999, reveals on an epic scale a summary of the themes present throughout his artistic career.
The recipient of numerous awards, Klein was honored with a Commander of Arts and Letters in France in 1989, the Medal of the Century by the Royal Photographic Society in London in 1999, and he received the International Center of Photography Infinity Award for Lifetime Achievement in 2007. In 2012, he received the Outstanding Contribution to Photography Award at the Sony World Photography Awards.
Work by William Klein is in the collections of many institutions including The Metropolitan Museum of Art, The Museum of Modern Art, and the Whitney Museum of American Art in New York, the J. Paul Getty Museum in Los Angeles, and the Centre Pompidou in Paris.
At the age of 86, Klein continues to live and work in Paris, France.