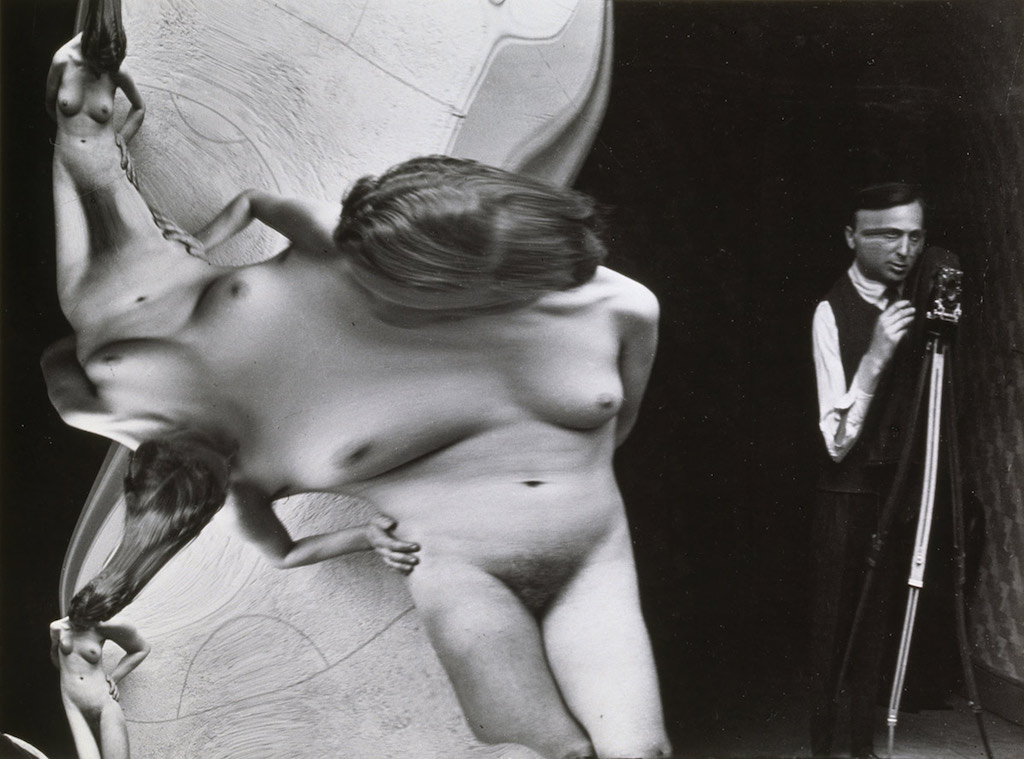 In 1933 André Kertész photographed two nude models in a carnival mirror as an assignment for the risqué publication Le Sourire. For a magazine often illustrated with erotic drawings, Kertész’s warped images of the female body slide away from the salacious and toward the unsettling.
The Distortions (originally titled Deformations by the artist) were made famous by the 1976 Knopf publication with an accompanying essay by Hilton Kramer. Kramer indentified Kertész’s radical manipulation of the human figure as more akin to work by Henry Moore, Picasso, Dali and Matisse than to images by photographers of Kertész’s generation. He writes, “The Distortions anticipate still further changes that do not show up in sculpture or painting until Giacometti’s work of the early forties, de Kooning’s Women of the late forties and early fifties, and Dubuffet’s Corps de Dames of 1950. It is in the company of such work that Kertész’s fecund photographic inventions will eventually find their proper place.”
This exhibition places The Distortions alongside works by a diverse group of artists from the 1930s to the present, similarly motivated to use the human form as a malleable template for expression. Through sculpture, painting, drawing or collage, the artists chosen for this show share a consistent interest in addressing the human figure, each with a distinct style and motivation.