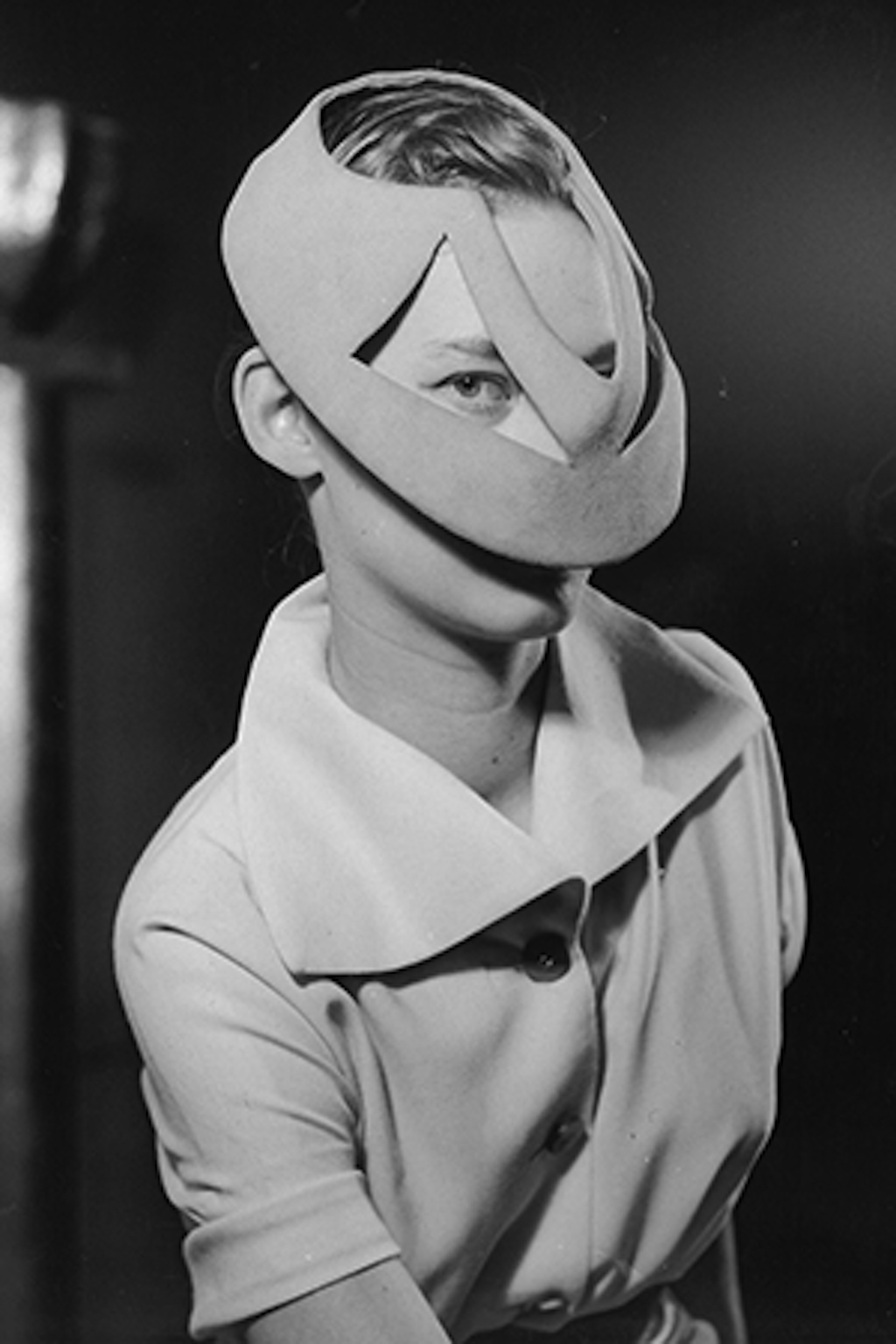 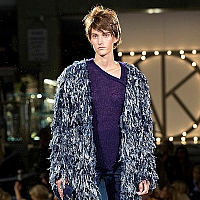 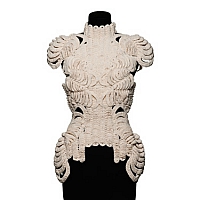 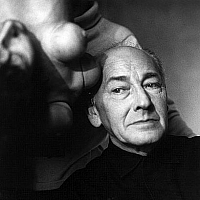 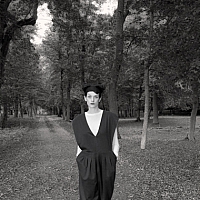 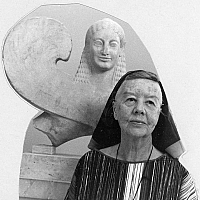 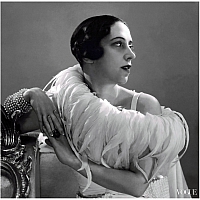 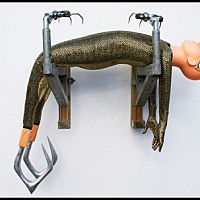 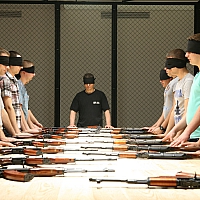 The participating artists and fashion designers in ASYLUM have several things in common: a slightly surrealistic touch, an interest in the body, and the creation of a persona. 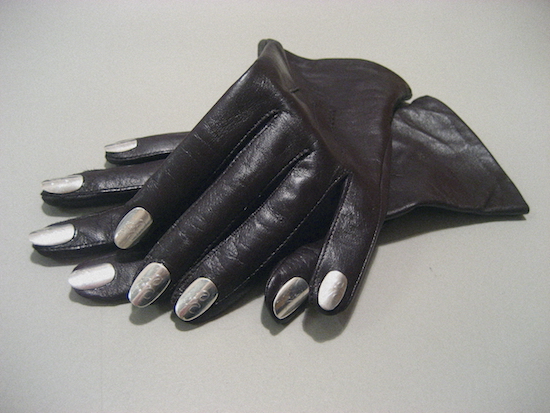 During the 1930s the photographer Hans Bellmer created gruesome tableaux and sculptures by disjointing dolls and then assembling the parts to form macabre bodies. Seventy years later the fashion designer Ann-Sofie Back created dresses out of parts of design patterns which actually did not fit together—a kind of art historical assemblage-technique, if you will.

Fitting together by sewing became Maria Miesenberger's way into the world of sculpture. Her first objects were influenced by the homemade clothes which her mother had sewn from pattern sheets bought in a textile shop. Pattern sheets that Ann-Sofie Back, in her own way, came to dissect.

The strategy to work with low, that is to say everyday, materials, is characteristic of several participants in ASYLUM. Salvador Dalí helped Elsa Schiaparelli to create a tissue with a worn-out look. Out of this seemingly shabby tissue Schiaparelli designed an evening dress meant to be worn at formal parties. A dress that shocked the fashion establishment, which was more into paillettes and silk at parties. In 1993, when Martin Margiela presented sweaters made out of army socks the fashion world was shocked once more. The low was elevated into something fashionable, and thereby elegant. 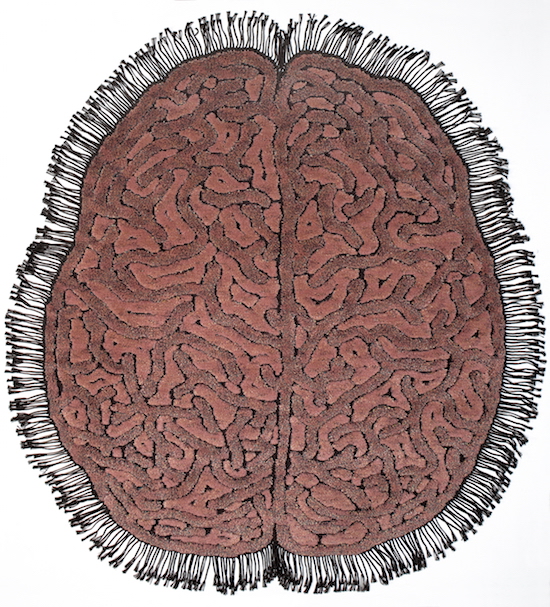 During the 1990s a style with uneven unhemmed finishes, visible seams, wrong proportions and mysterious drapings was fully developed, by among others Martin Margiela. This aesthetic was labelled deconstructivism, from the beginning textanalytical term, which during the 1980s had been coined by the French philosopher Jacques Derrida. Briefly, Derrida meant that texts contain lacunae, tensions, and oppositions, in other words "asymmetries." The investigation of proportions in relation to the body is still a very strong trend within fashion today. Representative of a kind of post-deconstructivism in ASYLUM are Anna-Sara Dåvik, Juun.J, Sandra Backlund, Minna Palmquist, and Patrik Söderstam. The first three of these focus on forms and silhouettes which now and then run amok, while the other two are interested in gender-identity and the inside of the body. Sometimes Minna Palmqvist and Patrik Söderstam have turned our dressed body inside out, so that the garments become vehicles of both muscles and veins. Just as Elsa Schiaparelli, whose skeleton-dress, designed for the haute couture collection "Circus," was created (in 1938) after a sketch by Salvador Dalí. To uncover, to lay bare, is also one of Maria Miesenberger's working methods.


To wear the inside on the outside was important for the poet Rut Hillarp, who used sadomasochism as her emotional fuel. Her relation with the experimental filmmaker Michail Livida had pain as one of its fundamental elements. Both of them participate in ASYLUM with works that respire both surrealism and fashion. To amuse and entertain, rather than disturb and alarm, is typical of many of Elsa Schiaparelli's works. Her weird shoe-hats and gloves with nails in red lizard leather. Among other things. To deceive by means of trompe l'œil was her trademark, a feature we also find with Martin Margiela and Ann-Sofie Back. Whether Aernout Mik's film installation or Sun Yuan and Peng Yu's whining wip amuse or disturb is left to the eye of the beholder and his or her state of mind. ASYLUM can, as we know, be both madhouse and sanctuary. 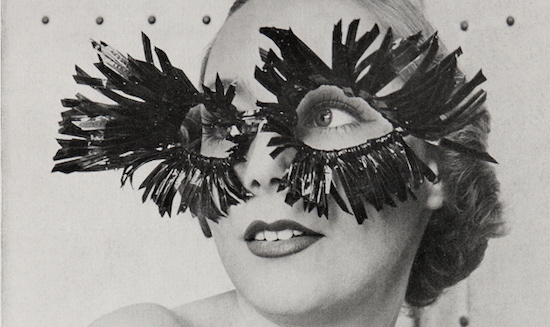