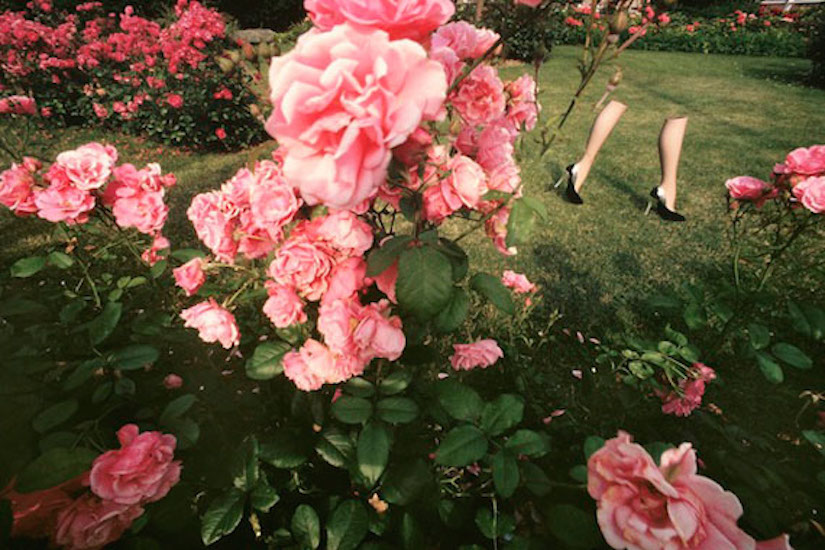 To coincide with the UK’s largest ever exhibition of the influential and enigmatic fashion photographer Guy Bourdin at Somerset House, the Michael Hoppen Gallery is delighted to exhibit a wonderful group of images "Walking Legs" 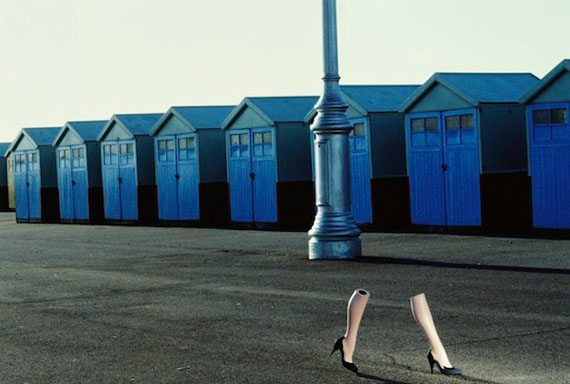 
Officially being unveiled alongside Somerset House’s show ‘Image-Maker’, ‘Walking Legs’, is one of Bourdin's most loved Charles Jourdan campaign series. 'Walking legs' was shot in 1979 by the French designer and photographer using quintessentially English landscapes as the backdrop to this high-end campaign. Photographed at locations on a road trip taken in a Cadillac from London to Brighton, many of the city and seaside scenes remain the same today and include familiar sights such as the London bus stop and the classic park bench. As with much of Bourdin’s work, the model is mysteriously absent – all that is seen is a pair of mannequin legs, adorned with Charles Jourdan’s creations. 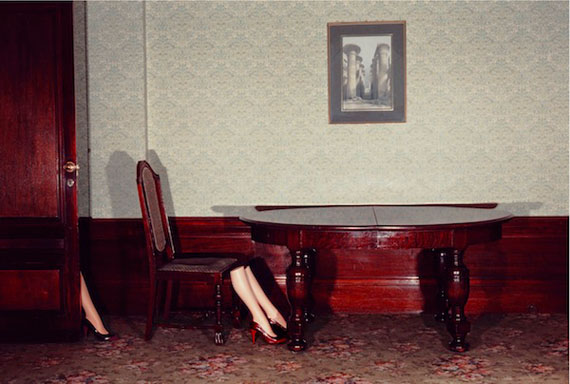 
Guy Bourdin, born in Paris in 1928, was the pioneering fashion photographer whose arresting photographs filled the pages of French Vogue for three decades from the 1950s through to the 80s. He is notorious for breaking the boundaries of traditional commercial photography and reshaping the classic fashion picture, using a daring narrative and vibrant colour palette. Vogue’s editor introduced Bourdin to the shoe designer Charles Jourdan, for whom he became the brand's official advertising photographer and producing some of his best images during this period. The beauty in many of his pictures is that you can see small imperfections and fine details such as the models' pores. In this respect they hold an integrity that is rarely seen today. 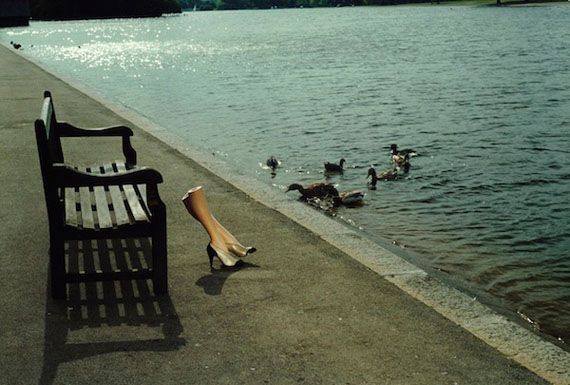 
In 1950, Guy Bourdin met Man Ray and became his protégé. The spirit of the Surrealists is ever-present in Bourdin's work: we see this in the dream-like quality of his pictures and the artist's use of uncanny juxtapositions. Taking photography as his medium of choice, Bourdin explored the provocative and the sublime with a relentless perfectionism and sharp humour. He captured the imagination of a generation, and yet his images have a timeless quality, so much so that they continue to influence the worlds of fashion and advertising today, twenty years since his death. 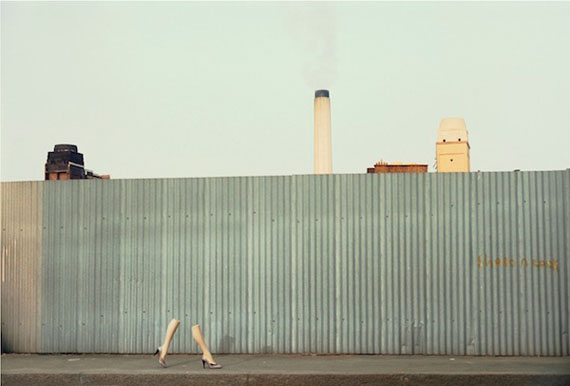