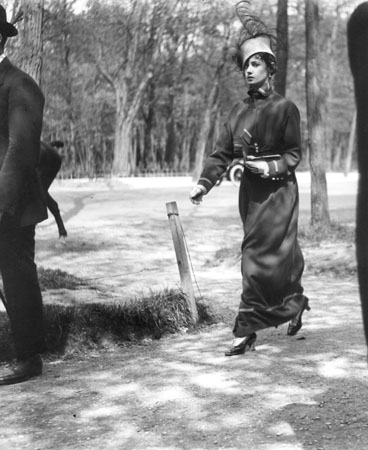 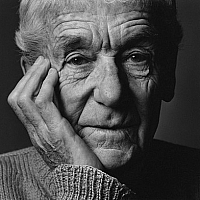 At first glance, Miroslav Tichy, a down and out from the Czech Republic, and Jacques Henri Lartigue, one of the greatest photographers of the 20th Century, have very little in common. Upon closer inspection there are striking similarities, in both subject matter and approach, in the work of these two artists and their stories are uncannily parallel despite their disparate backgrounds. It is for this reason that The Michael Hoppen Gallery will be holding the very first simultaneous exhibition of the work of Miroslav Tichy and Jacques Henri Lartigue. Tichy and Lartigue, both self-taught photographers, used the camera to produce aide- mémoires of the seductive world around them. Similarly they trained as classical painters, Lartigue, at the Academie Jullian in 1915 and Tichy, at the Academy of Arts in Prague up until 1948. Their work was produced for personal pleasure and they kept it to themselves, never intending it to be exhibited. This pure motivation, uncorrupted by the desire for fame, explains why neither was recognised until late in life. Lartigue was nearly 70 when his first solo exhibition was held at MoMA, New York in 1963 and Tichy was 79 when his first retrospective was held at the Kunsthaus Zurich in 2005. Most importantly, both artists were completely enchanted by women. With awe and tender loving care they produced their captivating images of everyday muses - ordinary women shopping, sunbathing, sitting on benches or simply strolling around. The greatest link between Tichy and Lartigue is their talent for recognising and capturing latent female beauty.