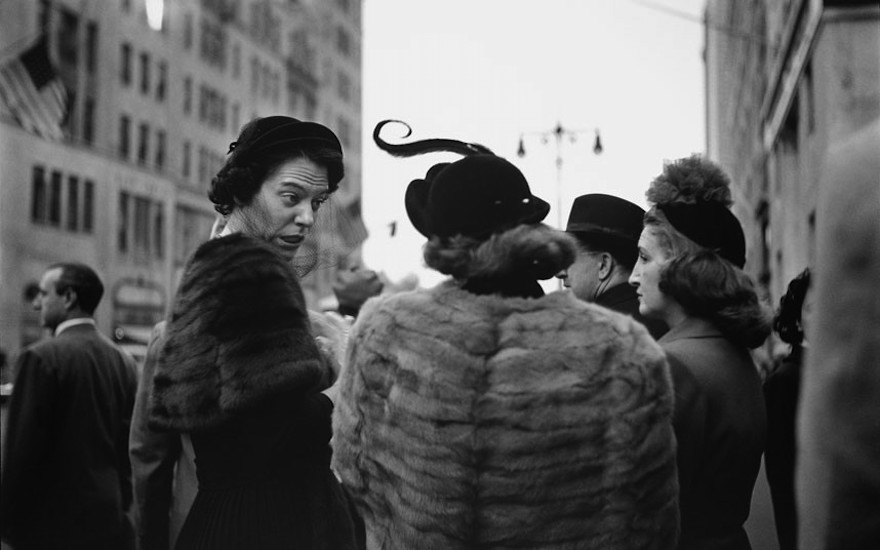 Fotografie Forum Frankfurt presents a retrospective of the photographer and painter Saul Leiter (13/12/2014-01/03/2015). The exhibition includes more than 100 works and brings together a marvellous combination of his early black-and-white and colour street photography, fashion images, paintings, and his sketchbooks. Also on view are the works, which he made throughout the last years of his life, on the streets in his neighbourhood in New York’s East Village. Saul Leiter died shortly before his 90th birthday in 2013. This exhibition curated by Ingo Taubhon and Brigitte Woischnik is a cooperation with the House of Photography, Deichtorhallen Hamburg and the Saul Leiter Foundation.

Saul Leiter was born in 1923 in Pittsburgh and it was not until a few years ago that his work received due recognition for its pioneering role in the emergence of colour photography. As early as 1946, and thus long before the representatives of “New Color Photography” in the 1970s (such as William Eggleston and Stephen Shore) he was one of the first to use colour photography for his personal work, despite it being avoided by most artists of the day. 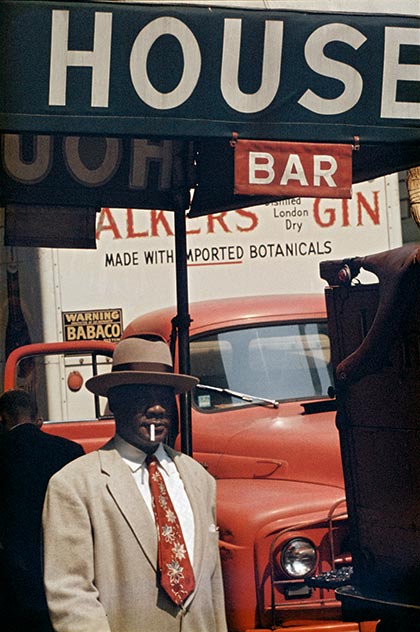 Saul Leiter always saw himself as both painter and photographer. In his paintings and in his photographs he tended toward abstraction with an emphasis on surfaces. In many works, large deep black surfaces caused by shadows take up as much as three quarters of the photographs. Often Passers-by are not as individuals, but as blurred impressions of colour, behind panes of glass or wedged between house walls and traffic signs. He expresses a fluid transition between the abstract and the figurative in his paintings and photographs. Saul Leiter’s very unique street photography, is actually painting that has become photography, as Rolf Nobel writes in the book accompanying the exhibition. 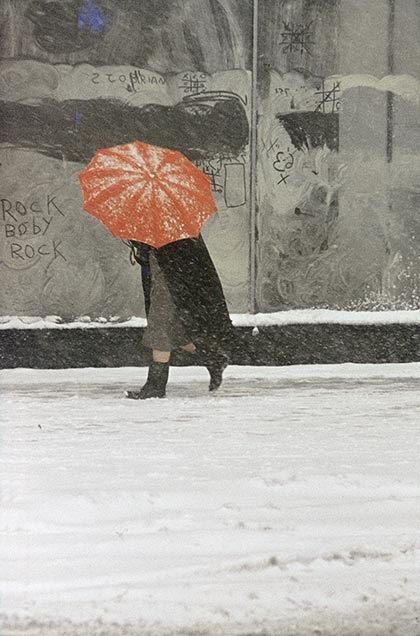 In his photographs, the genres of street life, portraiture, still lives, fashion and architectural photography meld into a mixture. His subjects, such as shop windows, passers-by, cars, signs and umbrellas, were found in the direct vicinity of his apartment in New York, where he lived for almost 60 years. Characteristically his images are created by the absence of clear details, the blurring of movement and the reduction in the depth of field, the compensation for low light or the often deliberate avoidance of the light. These aspects as well as a sense of alienation caused by photographing through windows or the use of reflections all blend to create a picture language of colour, fuelled by a semi-real, semi-abstract urban space. These works epitomize this re-discovered modern master of colour photography of the 1940s and 1950s.