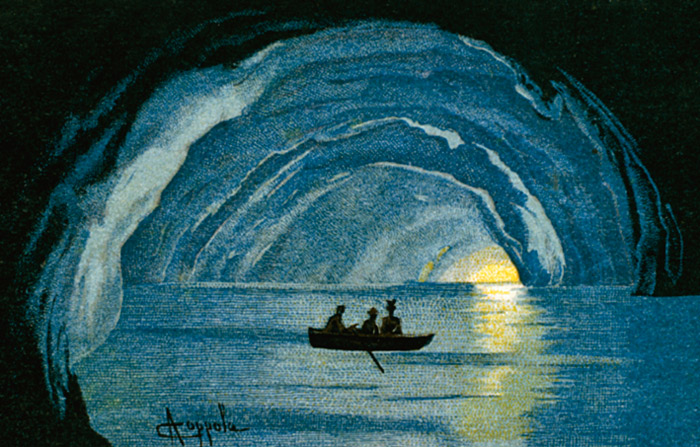 Curated by Diego Mormorio Production: Zoneattive [.] Until the end of the 19th Century only very few people had travelled beyond the borders of their own birthplace. Initially, the less privileged "discovered" the landscapes of others only through dramatic experiences such as war and emigration. Between 1903 and 1913 ten million poor citizens left Italy; most of them, and almost all the six million that went to the Americas never returned. So they got to know new landscapes but forever lost their own. Something analogous happened with the First World War. My maternal great-grandfather, for example, left our town for the very first time to go and "serve" a Homeland he certainly could not have perceived as close to him, he saw the Dolomites without returning to see the citrus orchards. The "postcard" - initially among the small and middle bourgeoisie and later for all social classes - was the first great visual instrument for learning about the landscapes in distant places. As far as our country is concerned, these were initially images characterised by a degree of folkloristic sketching for tourists, created by famous photographic companies, and among them above all the one owned by the Alinaris, which through these "illustrated postcards" became increasingly famous and also discovered an excellent source for making money. Sketching of course was only part of the figurative experience with which postcards of landscapes became popular. In fact, while on one hand the use of photography guaranteed veracity, on the other a wise choice of perspectives - often with the subject in the forefront -allowed an idealisation of the places portrayed certainly not inferior to the one practiced by designers and engravers whose typologies often influenced the "views in postcards". Thanks to quantity, the landscape postcards transformed certain of the intuitions of the designers who preceded them into real idée reçues, such as that of the immensely famous pine tree in Naples. The force of quantity we said. But it was also a question of quality. The immense factory of landscape postcard production provided in fact a considerable number of extremely interesting photographs: creators of extraordinarily beautiful views, who must be considered responsible for educating a very vast public to a taste for landscapes. Luigi Ghirri Museo di Roma in Trastevere Piazza S. Egidio, 1 b 00153 Roma Italia 06 5816563 www.comune.roma.it/museodiroma.trastevere OPENING TIME: Tuesday-Sunday, 10 - 20 closed on Monday (Tickets are sold until h. 19) TICKETS: integrated entrance ticket exhibitions + museum EURO 4 - reduced EURO 3 COME ARRIVARE: Bus: n. H, 23, 44,75, 116, 280, j4 Tram: n. 3, 8