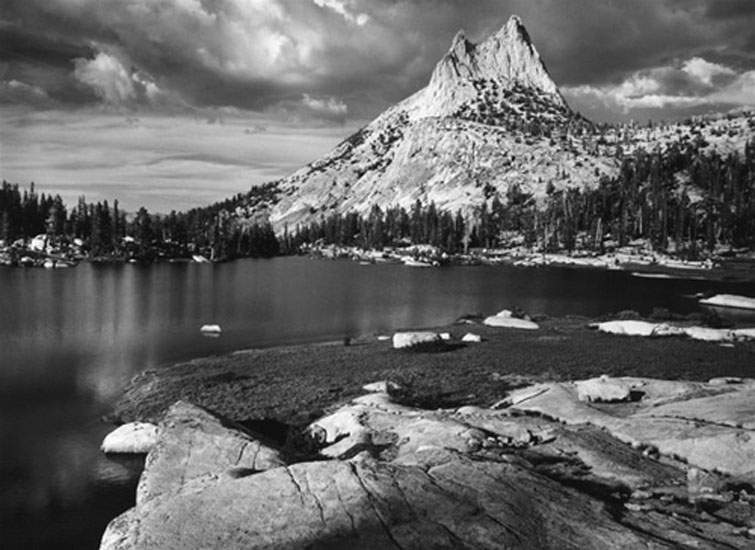 Ansel Adams: Classic Images. Presenting some of both Adams' best-known photographs as well as stellar lesser-seen works—including several vintage prints dating back to the artist's very early career in the 1920s—this group by the legendary photographer spans the grand scope of his Western landscapes. Seminal images such as Moonrise, Hernandez, New Mexicoand El Capitan Sunrise, Winter, Yosemite National Park, CAshowcase Adams' gift for dramatic truth: deep black skies loom over sleeping, ivory-lit villages, and halcyon clouds frame chiaroscuro cliffs above the forest floor. As Adams once said, "Sometimes I think I do get to places just when God is ready to have somebody click the shutter," (Interview with Milton Esterow, ArtNews, 1984).

As significant as Adams' imagery is his technical achievement: for the artist, the execution of the print became worthy of as much care as the creation of the negative. Thus the way we look at a photograph has been undeniably influenced by the connoisseurship we have learned—directly or indirectly—from the experience of viewing an Adams print. Ultimately, the demand for Ansel Adams' work can be said to have essentially launched the market for fine-art photography that continues to grow robustly.

Ansel Adams (1902-1984) was born in San Francisco, California, and took up photography at the age of 14. Given a camera by his parents upon a trip to Yosemite National Park, Adams quickly fell for the rugged vistas that would continue to inspire his life's work. Adams began working with the Sierra Club, and in the course of coming years met noted photographers Edward Weston, Imogen Cunningham, and finally Alfred Stieglitz, who presented the first solo show of Adams' work at his New York gallery, An American Place. Soon after, Adams assisted with the foundation of the Department of Photography at the Museum of Modern Art and would curate several exhibitions there throughout the coming years.

Beyond his photographic legacy, Adams was a staunch environmentalist who worked tirelessly alongside The Sierra Club and The Wilderness Society to defend wild spaces of the West and establish new national parks. Whether through exquisite detail—bone-like white branches and shivering aspen leaves—or impenetrable vastness, Adams' classic images prove time and time again the artist's singular way of intimating the natural world. As an unprecedented technical master of the photographic medium and a visionary artist of the outdoor experience, Adams remains one of the preeminent and enduring influences in American art today.