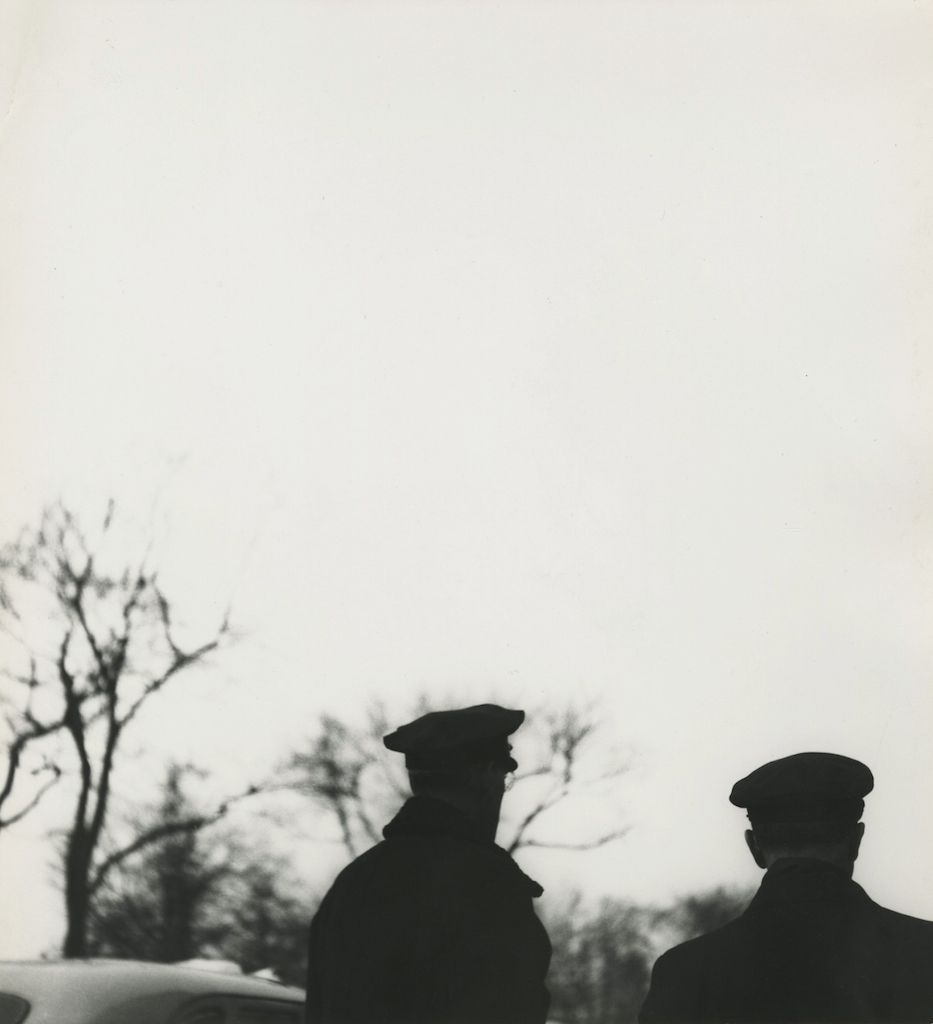 Saul Leiter will be presented by Howard Greenberg Gallery from September 18 – October 25, 2014. The exhibition represents the first solo show of the artist’s early black and white photography from the 1940s and 50s, and will focus on more than 40 images including many unique prints that have never before been exhibited. An opening reception will be held on Thursday, September 18 from 6-8 p.m.

The exhibition coincides with the publication of Saul Leiter: Early Black and White, a two-volume monograph published by Steidl / Howard Greenberg Library, a new imprint at Steidl. With text by Max Kozolff and an additional essay by Jane Livingston, the volumes show the impressive range of Leiter’s early photography. In No Great Hurry: 13 Lessons in Life with Saul Leiter, a documentary film directed by Tomas Leach, was released in 2013 to critical acclaim.

Leiter made an enormous and unique contribution to photography with a highly prolific period in New York City in the 1940s and 50s. His abstracted forms and radically innovative compositions have a painterly quality that stands out among the work of his New York School contemporaries. Well-known for his color work, Leiter’s earliest black and white photographs also show an extraordinary affinity for the medium. His distinctive imagery stems from his profound and touching response to the dynamic street life of New York City.

“He has a rapturous way with color, which stems from his love of the masters of modern art,” writes Max Kozloff in the introduction to Saul Leiter: Early Black and White. “But his black and white production is just as indebted to lessons he learned from those same masters.”

From the shoes of the shoeshine man to the detail of a young girl’s hair in a ponytail, Saul Leiter at Howard Greenberg Gallery will include the artist’s iconic street photography and intimate portraits of friends and family. 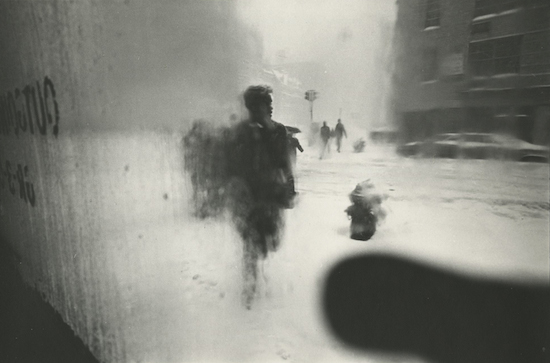 
About Saul Leiter
Saul Leiter (1923-2013) was born in Pittsburgh, the son of a rabbi and distinguished Talmudic scholar. In 1946, he moved to New York City to pursue his painting. Shortly after his arrival in New York, he met the Abstract Expressionist painter Richard Pousette-Dart, who was experimenting with photography. The photography exhibitions Leiter visited in New York—particularly Henri Cartier-Bresson at the Museum of Modern Art in 1947—as well as his friendships with Pousette-Dart and W. Eugene Smith, expanded his interest in photography.”

Edward Steichen included Leiter’s black and white photographs in the exhibition Always the Young Stranger at the Museum of Modern Art in 1953. In the late 1950s, the great art director Henry Wolf published Leiter’s color fashion work in Esquire and later in Harper’s Bazaar. Leiter continued to work as a fashion photographer for the next 20 years and was published in Show, Elle, British Vogue, Queen, and Nova.

In the early 1980s, Leiter was faced with financial difficulties that forced the closure of his Fifth Avenue commercial studio. For the next two decades, he lived and worked almost in obscurity. In 2006, with the help of writer/curator Martin Harrison and Howard Greenberg Gallery, the groundbreaking monograph, Saul Leiter: Early Color was published by Steidl in Germany. The “little book,” as he humbly spoke of it, became an overnight sensation with worldwide distribution and firmly established Leiter as an early pioneer in the history of color photography. In 2007, the Milwaukee Museum of Art held the first U.S. museum show of Leiter’s photographs. In 2008, he traveled to Paris for his first European exhibition at the Fondation Henri Cartier-Bresson.

Leiter’s work has been prominently featured in solo museum and gallery shows in the U.S. and in Europe. His work is in the collections of the Museum of Fine Arts, Houston; the Art Institute of Chicago; the Baltimore Museum of Art; the Victoria and Albert Museum; the National Gallery of Australia; the Whitney Museum of American Art; the Milwaukee Art Museum; and the Yale University Art Gallery, among others.