Photographs from the Collections of Fotomuseum Winterthur and Fotostiftung Schweiz 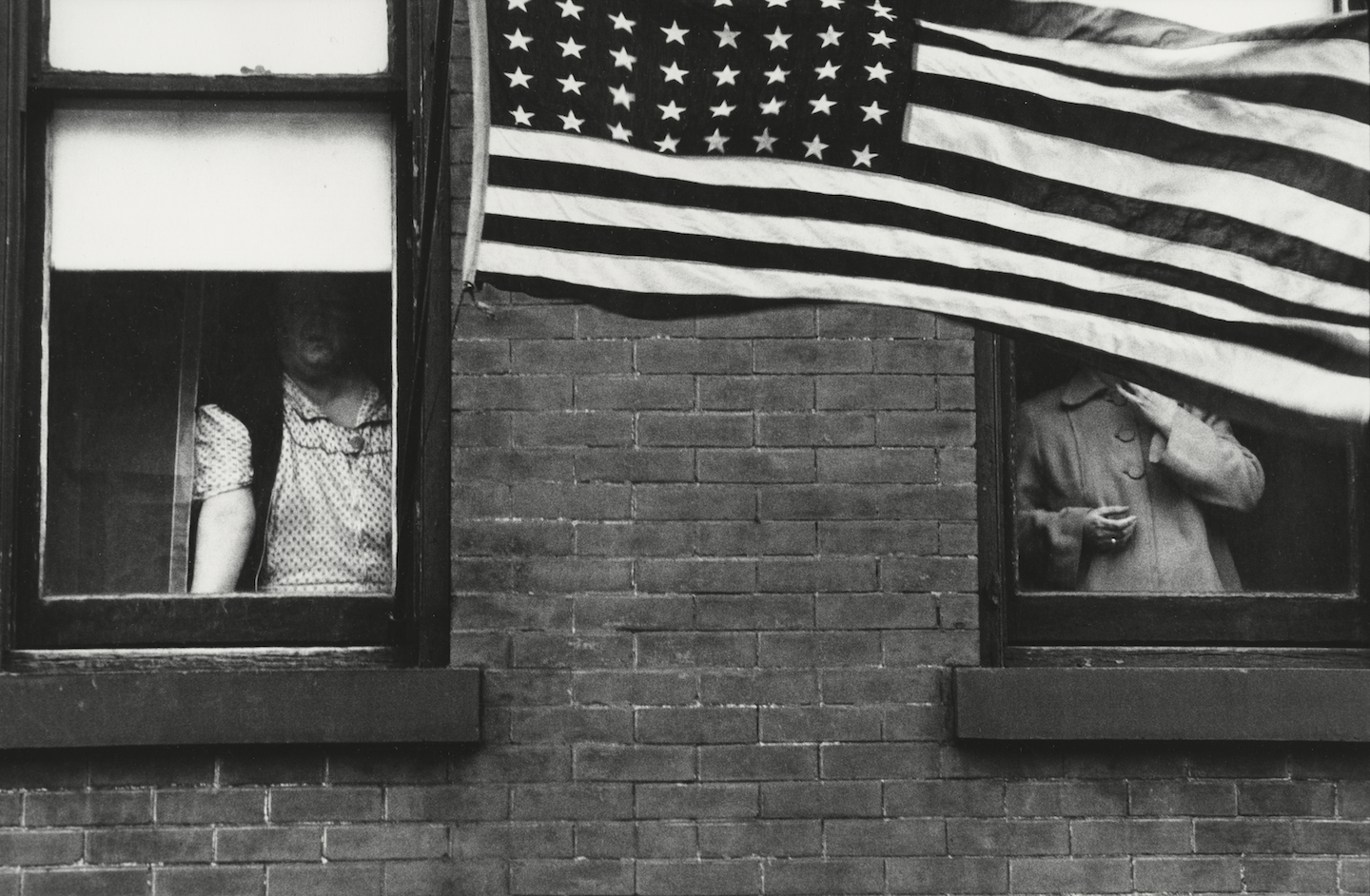 After having travelled across the United States for two years taking photographs, Robert Frank selected 83 pictures for his book The Americans. Published in the United States in 1959, the book provided a stark contrast to the media’s superficial image of American society. The critical response was savage. The Americans was described as a sad poem by a sick person. Robert Frank had produced one of the most influential books of photographs of all time.

Arguably one of the world’s most important photographers, the Swiss Robert Frank has questioned and challenged the boundaries of photography and film for over sixty years. His work has influenced photographers, filmmakers and artists alike. In 1996 Robert Frank received the prestigious Hasselblad Award.

Robert Frank met with a lot of resistance in the beginning of his career. When his photographic work was finally acknowledged he had already moved on to making films, quickly establishing himself as an inspiration for young filmmakers. Particularly influential was his debut film, Pull my Daisy, and the controversial Rolling Stones documentary Cocksucker Blues.

With his autobiographical book The Lines of My Hand, from 1972, Robert Frank returned to the photographic image. He worked in an experimental and personal manner, combining series of pictures with words, blurring the boundary between his private life and his artistic work.

In the late 1940s Robert Frank moved to the United States, a land of opportunity and challenge. Initially optimistic about American society and culture he took long walks in New York, photographing whatever came his way. However, as he confronted the American life style his perspective changed. He began to see America as an often bleak and lonely place, a view that filtered into his photography.

In 1954 Robert Frank applied for a fellowship of the John Simon Guggenheim Memorial Foundation with a proposal to document American everyday life. The photographers Walker Evans and Edward Steichen wrote letters of recommendation and Frank received the grant, bought a second-hand Ford and headed off in June 1955. It was a tough journey. He was arrested a couple of times, accused of being a communist.

He intuitively photographed whatever caught his attention. The content was more important than the form. Robert Frank very rarely talked to the people he portrayed. He just took a picture and moved on. However, the photographs were not the product of accident; he was well aware of where he was and what he wanted to depict.

During his journey Robert Frank took some 27,000 photographs. From a selection of some thousand images he chose 83 pictures that became The Americans, the perhaps most influential book of photographs of the 20th century. It was first published in France in November 1958 as Les Américaines, with a cover illustration by Saul Steinberg and a selection of texts by, among others, Simone de Beauvoir, William Faulkner, Henry Miller and John Steinbeck.

The American edition, now with an introduction by Jack Kerouac, was published in January 1959. And without being interrupted by any texts Robert Frank’s sequence of photographs presented purely visual picture of American society from the perspective of an outsider. His intention was not to produce a political book, but the pictures, which depict segregation, vulnerability and loneliness, question society with optimism for the future and material welfare and thus point to political issues. The American people got to see the real America. “What was being described had to be described… but the way in which [it was] depicted made [it] seem more difficult to accept,” explained John Szarkowski, Director of Photography at the Museum of Modern Art (MoMA) in New York from 1962-1991.

The reviews were anything but favourable. Words like leftwing, evil, perverted and anti-American were bandied about. Robert Frank observed: “I’m not hurt. Disappointed perhaps. But I’m happy my work has been published.”

This exhibition is comprised exclusively of photographs from the collections of Fotomuseum Winterthur and Fotostiftung Schweiz (Swiss Foundation for Photography) spanning the whole of Robert Frank’s career from his first pictures taken in Switzerland in the 1940’s to the later Polaroid negative works of the 1990’s. It is here shown for the first time for a Scandinavian audience.

In 1996 Robert Frank received the Hasselblad Award. The jury’s motivation: “Robert Frank is one of today’s leading visual artists. He has contributed to a renewal in the fields of both documentary and fine art photography and within ‘independent American film art’. Having as his starting point the objective realism of the art of the 1930s, Frank has pursued his distinctive search for truth, whatever the medium, with determination and consistency. His pictures have had a decisive influence on generations of photographers, painters, filmmakers, critics and writers.”